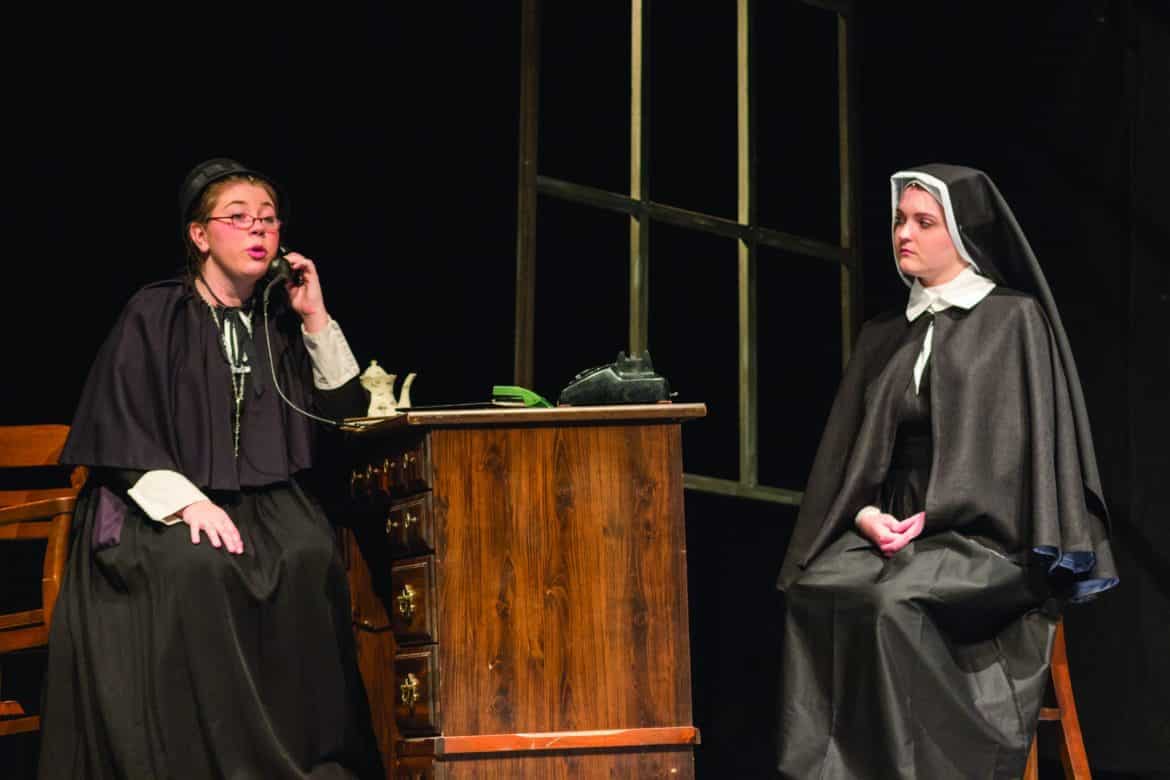 By Parker Samuel and Jaisa Hogue

Set in a time of progressivism for the Catholic Church of the 1960s, “Doubt: A Parable” tells the story of a controversy in which the principal of St. Nicholas Catholic School accuses a popular, progressive priest of having inappropriate relations with a young altar boy.

“The play explores how the accusation of that inappropriate relationship plays out and how people behave after that accusation has been made,” theatre professor and director Britton Lynn said.

While Sister James’ faith gets shaken up a bit throughout the play, Reimert said that she finally finds a way to be secure in who she is and what she believes towards the end of the play, regardless of the events that did or did not occur.

Lynn said the show deals with some adult themes but believes it is important for a Christian audience to evaluate and discuss. He also said this kind of story is beneficial for the students that participate in the play because they encounter work that directly ties to their Christian world view.

“A hugely important part of our service to the university is that we put material out there for the university community to discuss,” Lynn said. “How we engage in meaningful dialogue with someone that does not have our worldview is something that we need to constantly be evaluating.”

Leasure plays Father Flynn, the priest under accusation. He said his character is one that will be analyzed by the audience and it is a role unlike others he has played in the past.

Leasure said he has been involved in the theatre department with Reimert and Turpin since his start at Harding in 2013. He said the characters portrayed by he and Turpin are at odds with each other throughout the course of the play.

“It’s not every day that you get the opportunity to yell at some of your best friends,” Leasure said.

The Harding Department of Theatre is performing “Doubt: A Parable,” on Thursday, Jan. 26, through Saturday, 28, at 7 p.m. in the Administration Auditorium.

“I think this play is important because it asks (about), most importantly, the relationship between doubt and faith,” Reimert said. “And how you continue to hold a belief when you have questions or when you’re unsure … (It says) it’s okay to have doubts because it’s sometimes, in those moments, when you find the answers that really make your faith stronger.”