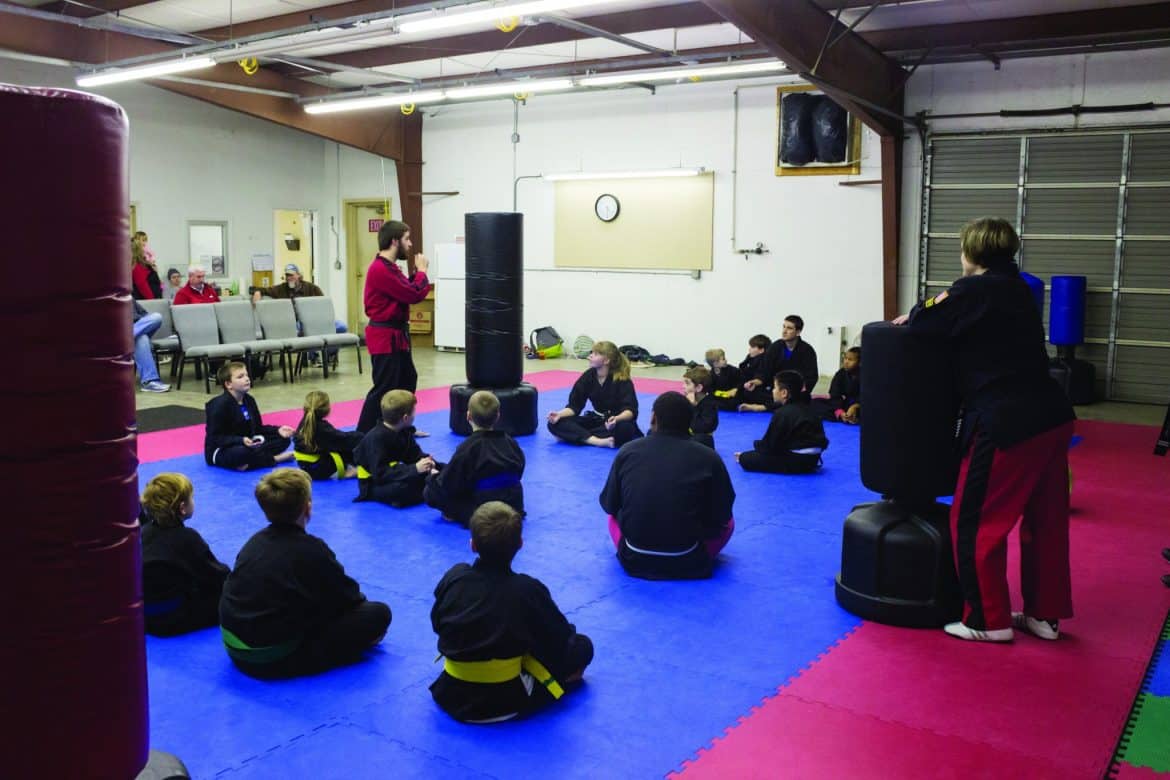 Impact 360, a nonprofit martial arts ministry, purchased its first building and plans to transform it into a training and community center.

Impact 360 is an organization founded in 2004 that provides martial arts classes, tutoring, youth mentoring and financial and life skills classes to adults. Approximately 150 to 200 students are currently enrolled in the school, and scholarships are offered for children who are unable to afford classes.

Impact 360 moved to its new location at 201 W. Woodruff from Complete in Christ Church on Highway 36. Dr. Scot Crenshaw, president and executive director of Impact 360, said board members and master instructors chose the new central location to bring together people of varying backgrounds and gain more foot traffic.

“The idea is to mix local kids with kids who are Christian and with Harding students who want to come and have an opportunity to be with unchurched people,” Crenshaw said. “I think back, and I got in a lot of trouble when I was a kid, and didn’t really have that type of mentoring. Now, I think of a teacher, a coach, someone who took an interest in me who didn’t have to, and I really believe that is the way to go, so I want this to be just a hub where that happens where we can facilitate it.”

According to Crenshaw, the community center will be equipped with a TV and gaming tables, including air hockey and ping pong. He said local city officials, clergy, doctors, counselors and the nearby Maple House Ministry is partnering with the organization to reach out to the surrounding community.

Michelle Coizman, assistant professor of foreign language and international studies, began practicing Krav Maga at the school when she enrolled her son in Taekwondo classes in August 2016. She said the school exposes children to positive role models and implicates discipline.

“(Martial arts) requires discipline and respect, and it is a positive way to use some energy,” Coizman said. “The new location is great, and there is plenty of room to grow and reach more kids … If home is not a safe and fun place, Impact 360 is an option.”

Senior Ryan Whitman has been taking martial arts classes at Impact 360 for more than a year. He said he has developed relationships with several children who attend the school.

“After being there for a year and a half, I have been able to see how much they can do with the kids and the adults in the surrounding area,” Whitman said. “I know Impact 360 is different than a lot of other martial arts places, and that’s what makes it so special.”

Whitman said he plans to earn his black belt and later open a branch of Impact 360 after he graduates in May.

“I’m hoping that wherever I go, I can open up a branch and be able to have the same effect on the kids and the community around me,” Whitman said. “It’s something that I hope to be able to be a starting point in which the community can be brought together.”

According to Crenshaw, a grand opening for the new building is expected to take place on June 1. A kick-a-thon fundraiser to remodel the building is being planned for February. To become involved in Impact 360, contact Crenshaw at screnshaw@harding.edu.

“What we do off the mat is just as big as what we do on the mat,” Crenshaw said. “We want to be a hub of mentoring and spiritual influence.”