Home Sports 11th Hall of Fame Class to be Inducted

11th Hall of Fame Class to be Inducted 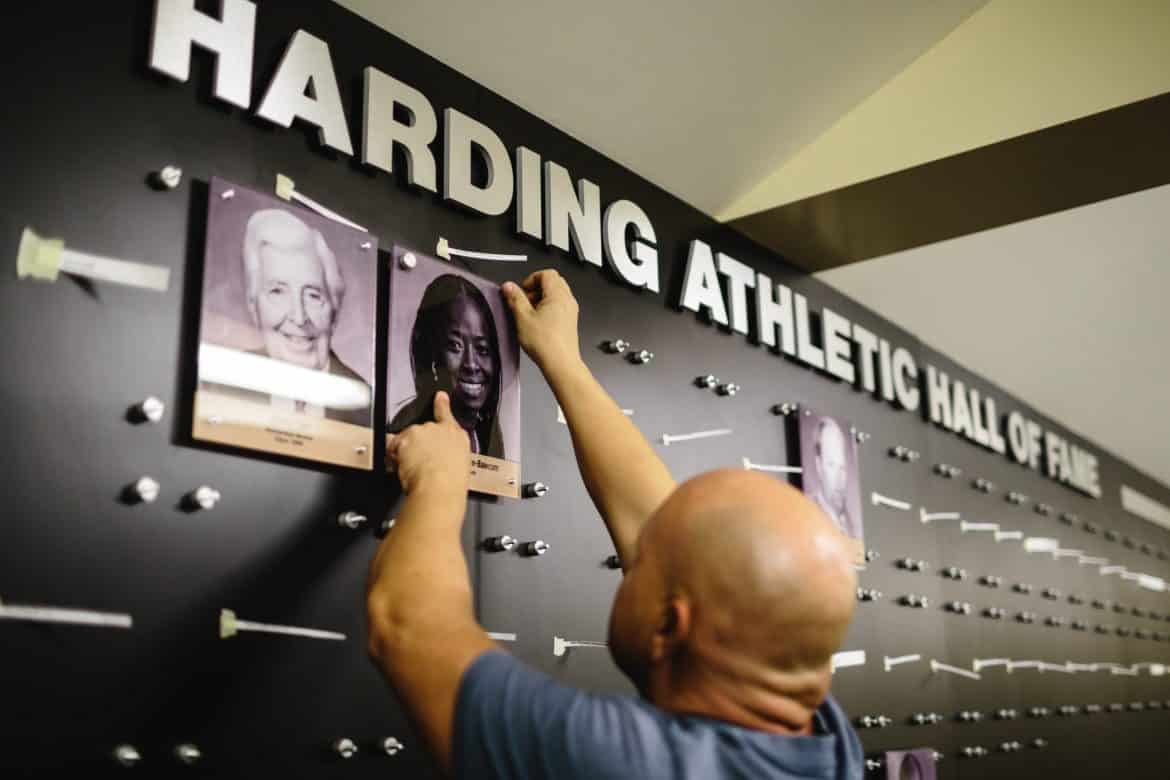 On Friday, Feb. 3, 16 former Harding athletes and coaches will be inducted into the Harding Athletics Hall of Fame.

The booster club, which is behind the entire process, formulated criteria that potential inductees must meet to be considered for the Hall of Fame, such as being a part of an All-Conference team and being out of Harding for five years. Scott Goode, assistant athletic director for Sports Information, sits down and compiles a list of past athletes and coaches that meet the criteria so the booster club can vote.

“Because of these requirements, it makes it a little more difficult for people to get in,” Harnden said. “An All-American from two years ago wouldn’t be eligible for this period, but would be for the next time. Then the committee goes sport by sport to decide who should be considered.”

This year’s class features players and coaches from many different sports such as basketball, golf and football. The very first soccer player will be inducted into the Hall of Fame.

“I was shocked when I received the letter informing me I was being inducted into the Hall of Fame,” former Harding soccer player Kendyl (Washburn) Bryan said. “I am extremely honored, especially knowing I will be the first soccer player inducted. The thought of winning an honor such as this wasn’t even on my mind.”

Goode said he enjoys reflecting on the time these people spent at Harding and their contribution to athletics.

“I have been lucky enough to follow at least half of these inductees from the time they started here at Harding until the time they graduated,” Goode said. “Now they are in the Hall of Fame. So it is a lot of fun to remember all of the accomplishments they had and to celebrate their achievements with them as they go into the Hall of Fame.”

The induction ceremony will take place on Friday, Feb. 3 at 6:30 p.m. in the Heritage Center Founders Room. Tickets are $10.