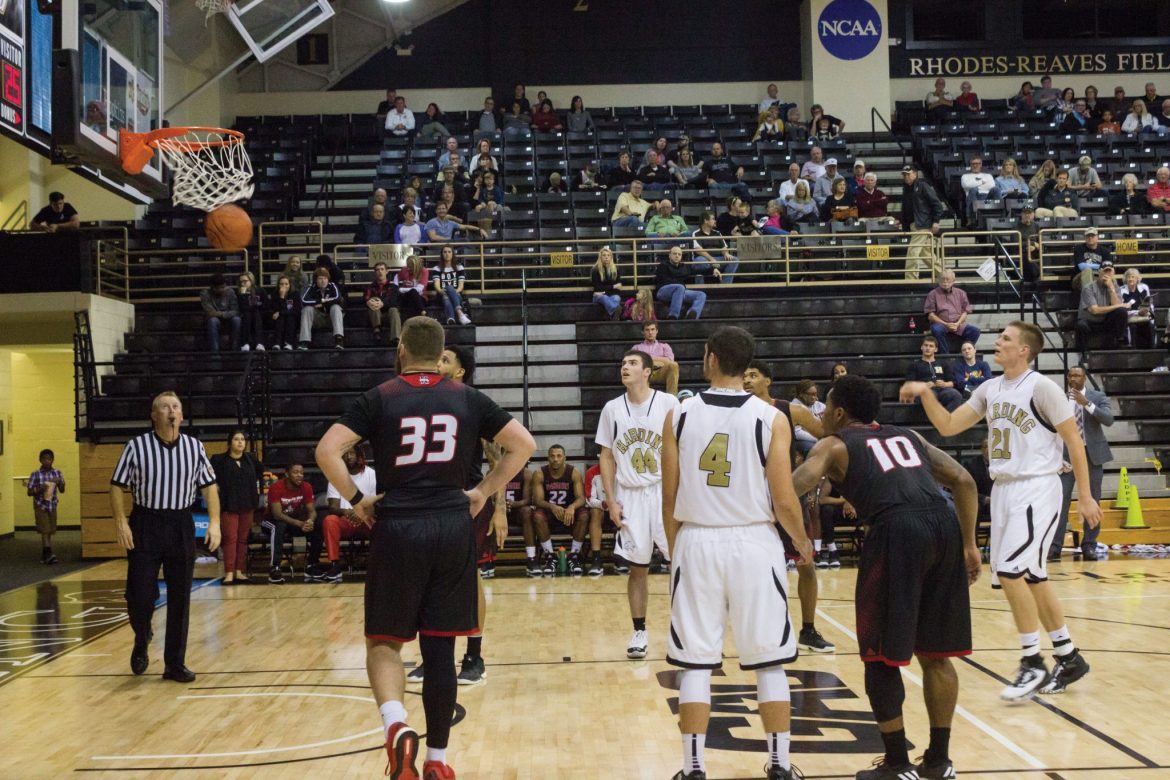 “When everybody on the team does their job, it opens up everything for everybody else,” Miller said. “My teammates really opened up everything, and we really came together as a team.”

The defense for the Lady Bisons sealed their first conference win of the season. They gave up 14 points in the first quarter and only one field goal in the second, taking a 54-22 lead into halftime. The Rangers had their highest scoring quarter in the fourth with 24 points, but the Lady Bisons took the win 89-56.

The men’s team also grabbed its first conference win of the season against NWOSU, winning 80-76, their fourth straight win against the Rangers. Junior guard Tim Wagner, a transfer from North Platte Community College in Wisconsin, led the Bisons in scoring for the third straight game with 15 points.

“We just have a really good team offensively,” Wagner said. “We have guys deep in our bench that can all shoot the three, which gives us a lot of spacing. And that gives me and some other guys lanes to the basket to score and get easy shots at the rim. And our ball handlers and playmakers are able to give us good looks from three.”

The Bisons took an 18-point lead into halftime, but the Rangers were able to cut the lead down to four on two separate occasions late in the game. Four Bisons scored double-digit points as the team grabbed its first conference win of the season.

In the second game of the week, the Lady Bisons took on another conference opponent, SWOSU, and won to go 2-0 in conference play. Sophomore forward Caroline Hogue, a transfer student from the University of Nebraska at Omaha, had a double-double in the game with 25 points and 18 rebounds. Senior guard Andi Haney added 15 points, and Miller had 12 points.

“Starting off 2-0 is really big. Northwestern and Southwestern are two tough opponents, so it’s good that we were able to beat them at home,” Miller said. “I’m really excited and looking forward to the remainder of the season. Those two conference wins were pretty big.”

The Lady Bisons were able to outscore the Lady Bulldogs in every quarter except for the fourth, but they were able to hold off on SWOSU’s late-game surge to get their second conference win of the season.

The Bisons followed the Lady Bisons’ win with a victory against SWOSU at home on Thursday, Nov. 19. The Bisons pulled away in the second half after holding the Bulldogs scoreless for 12 minutes.

Wagner led the team in scoring for the fourth straight game with 21 points. Senior guard Will Francis added 20 points, 17 of which came in the second half. Senior forward Stefan Andelkovic had 10 points and added seven rebounds.

Over the Thanksgiving break, the Lady Bisons played on the road against number 18 in the nations, Drury University, in Springfield, Missouri,and were defeated 76-54.

“There are a lot of things that we can take away from this loss,” Miller said. “We just need to be ready to play, especially when we are on the road. We just need to get that fire back.”

The Bisons played a home game over the break against Christian Brothers University out of Memphis, Tennessee. With an almost empty Rhodes-Reaves Field House, the Bisons were able to come away with a 79-57 win. Andelkovic led the Bisons in scoring with 23 points.

“It was a good game for us. We wanted to get a win before going on a short break,” Andelkovic said. “It was weird not playing in front of a bunch of people, but it was definitely a big win for us going into break.”

The Bisons and Lady Bisons played on the road in Bethany, Oklahoma, against conference opponent Southern Nazarene University on Dec.1. Results were not available at press time.