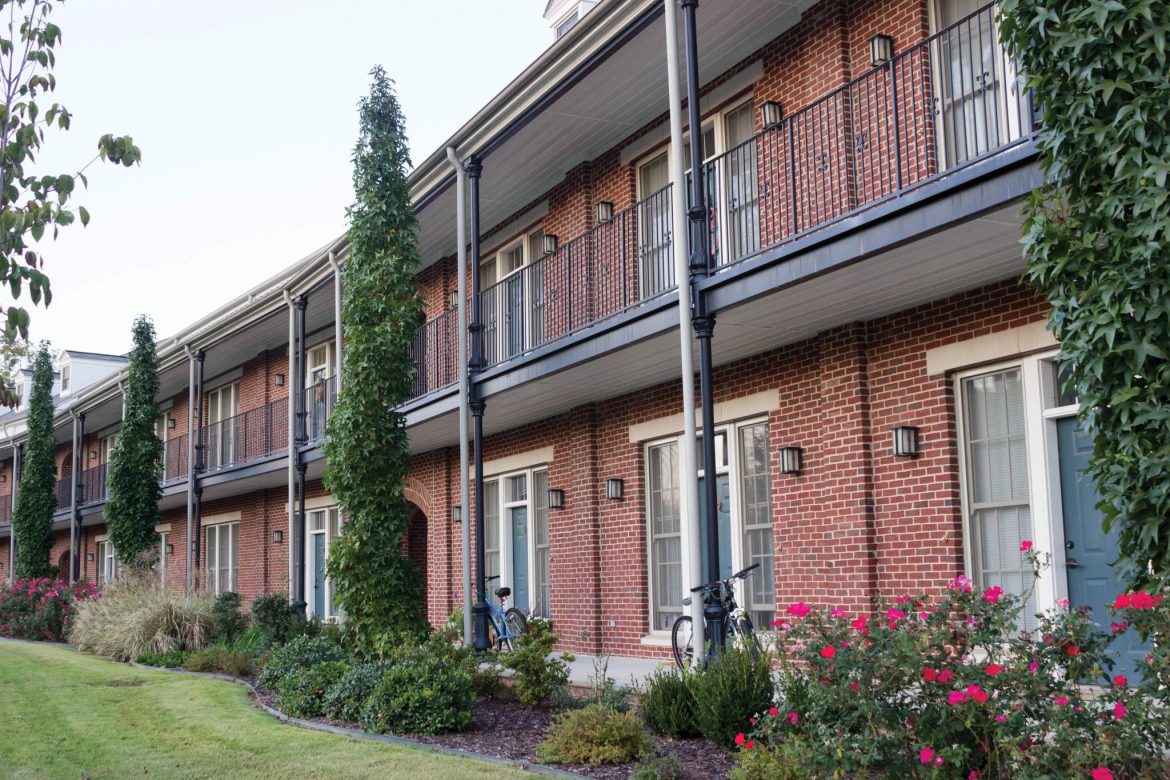 The additions to Legacy Park continue with the inclusion of Legacy Phase Four, which will transition the residential area from student apartments to faculty and staff housing.

According to Chancellor David Burks, head of the project, Legacy Phase Four has been in development to some extent for about three years and will feature more family-oriented housing units than the Legacy Apartments.

“Phases One through Three were all bigger apartments designed for students,” Burks said. “Phase Four consists of single-unit housing intended for families.”

Of the 19 housing lots available in Legacy Phase Four, 10 have already been sold, with two speculative houses to be constructed in January. According to Burks, constructing speculative houses helps potential buyers who may not want to construct a house from scratch. Burks said he did not know when all the lots would be sold, but hoped it would be within the next two or three years.

According to Burks, the completed work on Legacy Phase Four includes street work on Park Avenue, alleyways placed behind Center Street, functional underground utilities and lighting units continued from the rest of Legacy Park. Burks plans to have six houses under construction before Christmas.

Executive Vice President David Collins, who has been assisting Burks on the Legacy projects, hopes that the vision will spread to other areas of Searcy once the first few houses are built.

“I hope that (Legacy Phase Four) is something that becomes contagious for Searcy,” Collins said. “Property owners just might want to revitalize their homes, and it could be like an urban renewal project for Searcy. At least, that’s the dream. That’s what’s exciting to me.”

The particular style of Legacy Phase Four, according to Burks, is based primarily on house designs from the Carolinas, and is heavily encouraged by the Architectural Review Committee, on which Collins resides. However, buyers are encouraged to select their own house plans to design a structure and interior that fits the individual’s needs.

“We are more concerned with the outside aesthetic of the house, so there are no real limits on the construction of the inside,” Burks said. “We prefer nine-foot ceilings on the first floor, in line with the Legacy Apartments, but it’s really up to the individual buyer.”

Burks is also encouraging buyers to select two-story house plans, and consider building additional living spaces for Harding students who are eligible for off-campus stay. In fact, there is a 10 percent discount on lot prices for faculty and staff members who purchase a lot, which, according to Burks, is to help keep the neighborhood comprised of faculty, staff, alumni and students.

“These are the types of people who typically want to live here,” Burks said. “Because you have only a 10 minute walk to the center of campus, this living arrangement is not for everyone.”