Hubilai Stir Fry Fires Up the Spices of Life 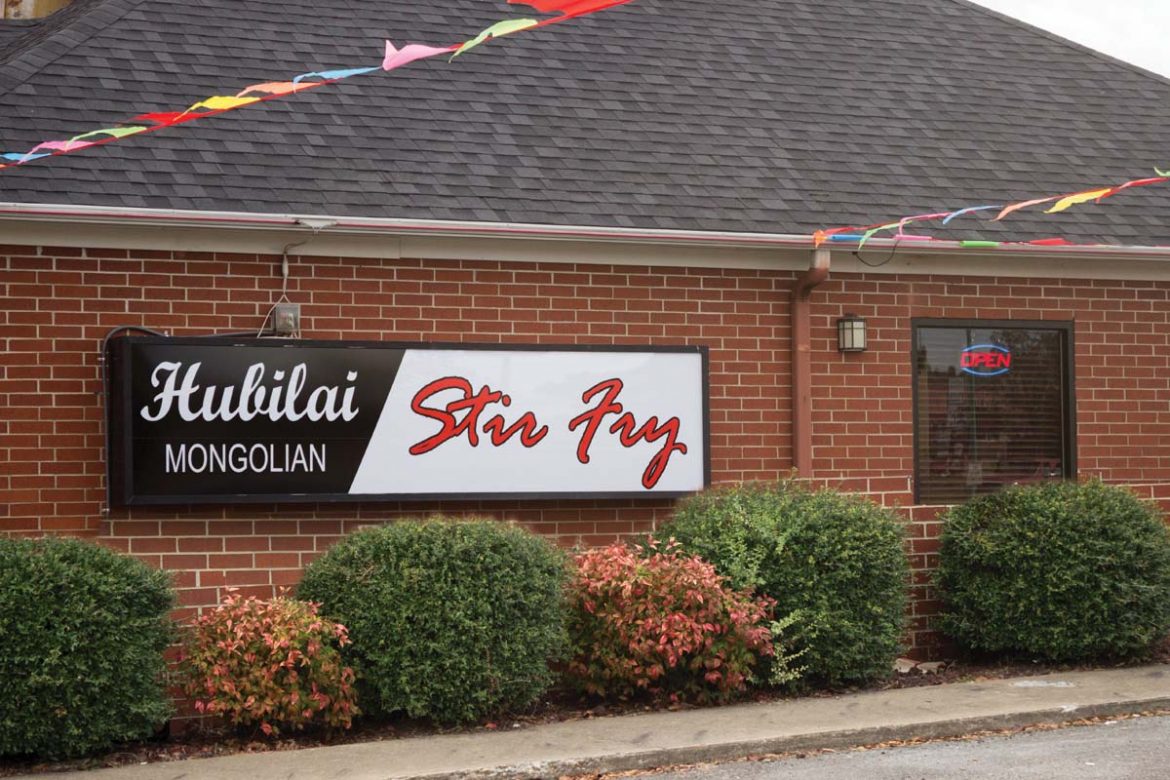 A philosophy teacher once told me every story in the world can be summed up in a single structure: someone goes on a journey. This structure can be found in any ancient mythology, classic novel or blockbuster movie. It can even extend to reality, such as my mission to review Searcy’s first Mongolian grill, the newly-opened Hubilai Stir Fry. As with every journey, this tale contains soaring views, seemingly unconquerable pitfalls and a finale that left me a better person. So without further ado, this is my adventure at Hubilai.

This was not my first foray into Mongolian cuisine. As a young man living in St. Louis, I commonly found myself at the trendy Mongolian grill down the street, but I had not had a taste of the cuisine for three years until last Friday. I got an offer to review this new Mongolian grill in Searcy, and eagerly accepted. As the moment arose, my stomach began to turn. Was I nervous? No, I assured myself. It was 6 p.m., and I hadn’t eaten all day. I was starving. So I found myself standing, alone and small, in front of the big oaken doors.

Formerly known as Lori’s Italian Restaurant, Hubilai carries some traces of its previous owners, such as the carpark outside the front doors, and very few windows. However, these new tenants made it their own, from the futuristic neon lighting to the jade Buddha at the cash register. I was quickly greeted by a friendly young waitress, who guided me to a booth where I waited. And waited.

After about 10 minutes, I scanned the horizon for any signs of a server. There were three other people aside from the staff: a young couple and an elderly man working on a plate of noodles. (There’s one of these elderly men in every restaurant, no matter the cuisine or location. I think there’s a club.) My eyes instantly met those of another waitress, who promptly gave me a menu. Chalking this coincidence up to mystical fate, I ordered a single bowl from the buffet.

If you are new to Mongolian cuisine, know that there is a natural law of Mongolian cuisine: it is extremely dense. However, I had grown accustomed to this and navigated the buffet with deft expertise, piling on vegetables, rice noodles and lamb, topping the whole thing off with a spicy house sauce. Watching the chefs masterfully flip my food on the wok (a big round Mongolian griddle), I felt a twinge of sympathy for the poor men, having been a short-order cook for a couple of summers.

The food was seared, seasoned and sautéed to perfection, leaving me slumped over speechless in my booth. As I got up to pay, I chatted with our waitress, who said they had been open about a week and she was confident more people would trickle in within the first few weeks. I wondered if there was not some lesson I could learn from this.

Marco Polo once said of his travels, “My only fear is that I might awaken in my bed, destined to live a common life once again.” (This would be the Marco Polo from the eponymous Netflix original series, expertly played by Italian newcomer Lorenzo Richelmy, but I digress.) I took this statement to heart in the case of Hubilai, and I realized that it is important to dive into life with an open mind. Otherwise, how will you come to realize the benefits of trying new things?

Well, the food was great, at least.