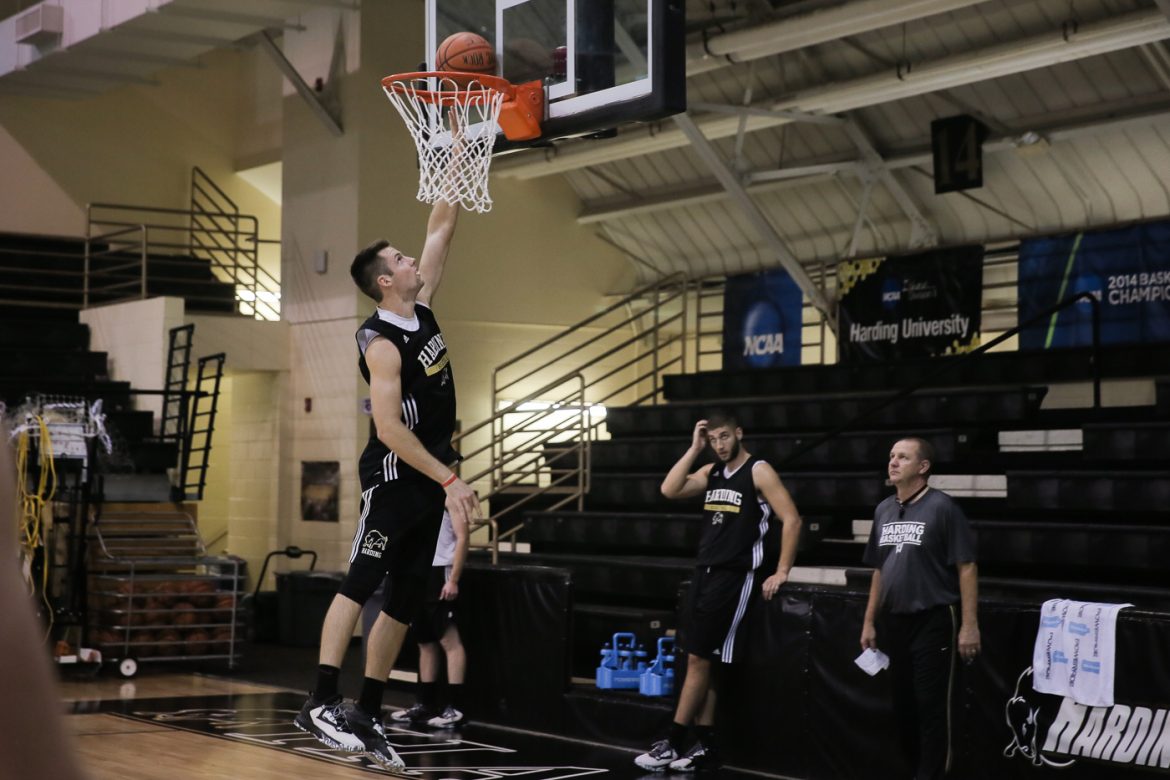 The Great American Conference (GAC) basketball preseason coaches’ poll was released in October, and both the men’s and women’s basketball teams were picked in the top three.

The Lady Bisons were ranked No. 1 in this year’s preseason poll. After finishing second in the conference in the regular season last year, they lost in the quarterfinals of the GAC tournament to seventh-seed East Central University (ECU).

“We have a lot of girls that have high expectations for this season,” head coach Tim Kirby said. “They are here to win a conference championship, and if you are ranked at the top, then it shows that we have put this team in a position to be able to compete for that … As far as what else it means, I don’t really know. We try not to change a whole lot from year to year with what we do.”

The Lady Bisons lost one senior from last year’s team, and they are returning senior forward Correy Moyer and senior guard Andi Haney. Moyer is returning this year after a season-ending knee injury suffered against Christian Brothers University in 2015.

“Everything is looking great right now,” Moyer said. “My shot is back, and I’m very ready to get back out there and be the jolt whenever we need it this year.”

This year’s women’s team has also added two transfer players, along with three freshmen who will look to make an impact this season.

“(The younger players) bring a lot of excitement,” Kirby said. “They are eager and excited about being a part of a college basketball team. Sometimes, a young team is considered a negative thing, but I see that as being something that is very positive for this team. It is something that we can build on and be really excited about.”

Moyer added that the younger team has a strong team atmosphere, and that will carry over onto the court.

“They have really stepped in to help carry the load this year,” Moyer said. “It’s more of a team atmosphere this season. You can really tell that we are here for each other.”

The men’s basketball team was preseason ranked No. 3 in the GAC coaches’ poll. They look to repeat as regular-season conference champions and compete in the championship game for the second season in a row after losing to Ouachita Baptist University (OBU).

“It’s a good thing, but I think our main focus has been this upcoming weekend,” senior guard Will Francis said. “It is definitely something you look at, but hopefully it’s not something that we think about too much. We just need to think about how we can get better.”

The Bisons lost six seniors from last year’s regular-season championship team and only have two seniors on this year’s team returning from last year. They have also added Austin Mankin, a senior forward transfer student from the University of Oklahoma.

“Austin has been a great guy on this team, and a leader in the locker room, and that has made the transition a lot easier,” head coach Jeff Morgan said. “I think for him it is about learning our system and getting minutes. He’s done really well in practice with keeping things simple and letting things come to him, and he is going to help us out a lot.”

Francis said that this team does have some experience, but one thing that the team has been working on in practice is playing well together.