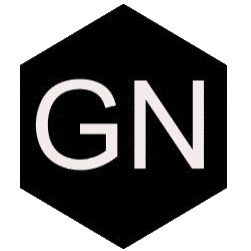 Terrorist attacks, police shootings and news of death flooded social media throughout the summer of 2016. For alumnus Trinity Baker, the news was negative and often depressing. To combat the messages that dominated his news feed, Baker created the Good News Channel, a YouTube channel that publishes videos sharing positive news internationally, locally and personally.

“We see so much bad news every single day in either social media or the news channels. Anywhere you look, bad news is everywhere,” Baker said. “The ultimate purpose is to promote a community that is encouraging to one another and promotes the spreading of good news.”

Baker said he felt there was a need for the Good News Channel on YouTube and believed it is a place where the project can grow. On Nov. 2, Baker filmed on campus and asked students about their personal good news of the week. Senior Greg Hall, who was featured in Baker’s recent video, said he encourages Baker’s project.

“I think it is awesome that (Baker) is trying to spread positivity, especially with the climate of the country right now,” Hall said. “Good news is important because there is not a lot to be excited or happy about, and this Good News Channel is encouraging people to be positive.”

Junior Tre Leday was in the sixth episode of the Good News Channel that was filmed on campus approximately one month ago. Leday said he believed the channel will serve as a tool to help people focus on the positive events in the world.

“I think the Good News Channel is really great because I think people need to be reminded sometimes that there is good news to begin with,” Leday said. “We can get caught up in everything that is going on and the problems and things that we don’t like, and I think it’s great to have a reminder.”

Baker said the Good News Channel is an initiative to create a more Christ-like atmosphere in the midst of current events and pessimism, and he hopes the channel can grow to become a full-time job.