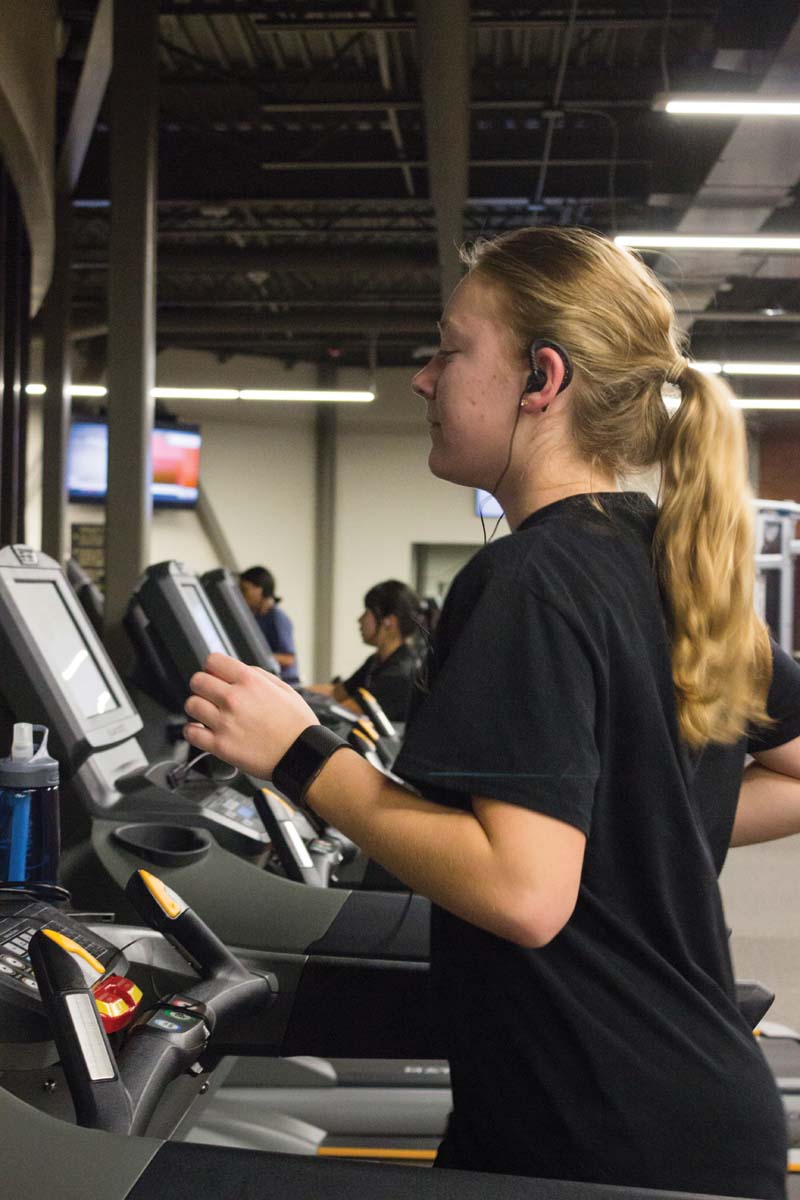 As you walk through campus or talk with friends, you might notice a Fitbit decorating the wrists of many. The device was created by a company of the same name, Fitbit Inc., founded in 2007 by Eric Friedman and James Park. The Fitbit wristband is able to measure data such as the number of steps you walk, heart rate, quality of sleep and other health-related statistics. While it is true the device is useful to keep you “fit,” other people may just use it as a fashionable item.

For junior computer science major Josue Silvestre, he received his Fitbit as a gift.

“I had a wide idea about what the Fitbit was before it was given to me,” Silvestre said. “At the time the person gave it to me, I was going to the gym as part of my daily routine, so I found it useful.”

Silvestre, who wears the Fitbit every day, is aware that he mostly uses it as a watch, but he still checks his activity statistics at the end of the day to make sure he achieves some of the goals the Fitbit provides.

According to the Fitbit website, the starting fitness goals are 10,000 steps a day, five miles a day and 30 minutes of daily exercise, which is at least 150 minutes of moderate exercise per week, the amount recommended by the Centers for Disease Control. The goals can also be changed by going to the Fitbit app.

“It is not like you are going to be more fit just by wearing it,” Silvestre said. “But one way or another, it helps you to keep control and realize when you did something or when you just lie down all day.”

For sophomore psychology major Kailey Thornton, her Fitbit was also a gift. Even though she does not practice sports in her daily routine, she said she wears the Fitbit all the time.

Thornton checks the data at the end of the day, making sure to look at how many steps she has walked.

“I really use it,” Thornton said. “I definitely have seen changes and progress since I got it. I have better endurance while running and I’ve lost 15 pounds.”

According to the Fitbit website, more than one million units of Fitbit Blaze ($199.95) and Fitbit Alta ($129.95) were shipped in the first month of retail availability.