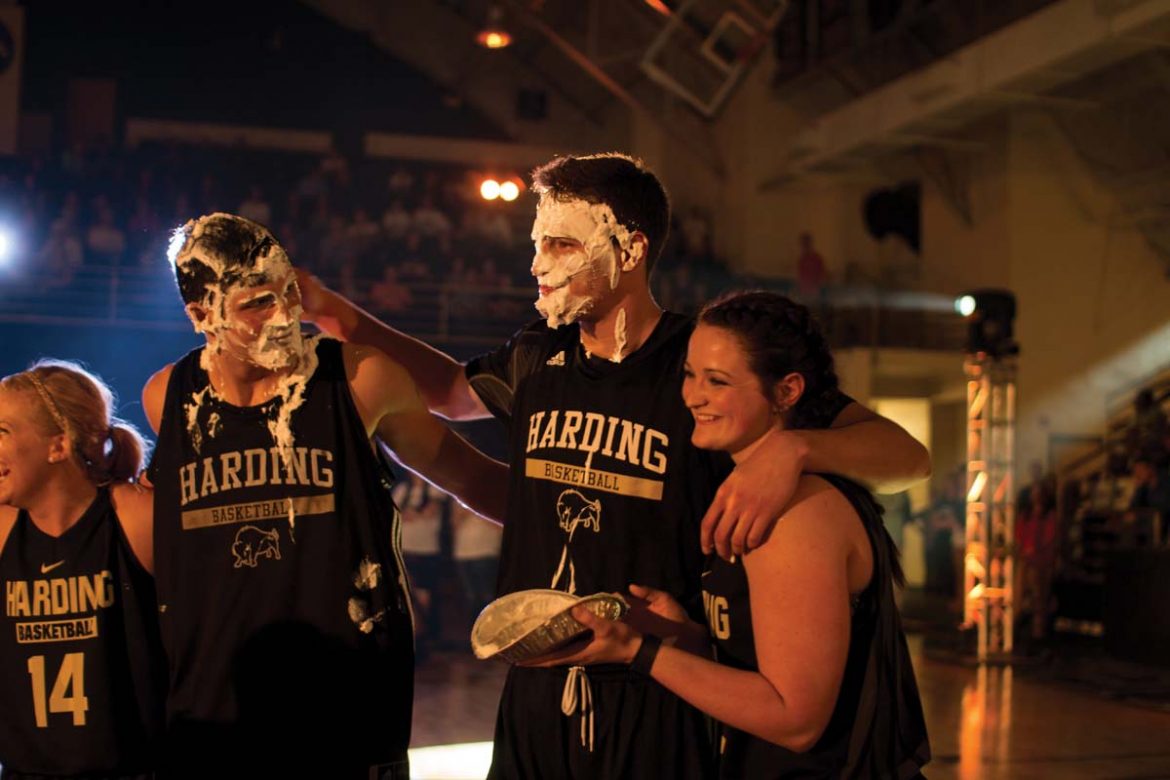 Every year, the NCAA conference asks the Student-Athlete Advisory Committee (SAAC) to raise $1,000 for the Make-A-Wish Foundation. Last year, senior baseball player Jack Thomas challenged the organization to do better. It costs $8,000 to sponsor a child and make their wish come true.

“When I first told people how much it was going to cost, they kind of laughed at me, but I knew we could do it if we tried,” Thomas said.

SAAC planned a week last semester where local restaurants donated a percentage of their profits to the cause, but this year, senior women’s basketball players Andi Haney and Mackenzie Jones decided to make the fundraising into a competition.

The men and women’s basketball teams each selected three representatives, and the team that raised the most money won the opportunity to pie the other team in the face.

“Midnight Madness was a great place to kick it off,” senior guard Will Francis said. “It was good to publicize Make-A-Wish, and hopefully people will be more aware of what we’re trying to do.”

In the week leading up to Midnight Madness, sports teams from across campus worked together to raise money for the cause. After a final collection at Midnight Madness, the women’s basketball team representatives won the competition and pied the men in the face.

“We want people in our community to view Harding athletes as people who have a lot more to them than just playing the game,” Francis said.

The event itself ended up raising over $500, and other weekend fundraising brought the SAAC’s total fundraising amount to over $3,000.

“We’re so thankful for everybody that helped out. We’re really excited about it but we will be doing more events as this semester and next semester comes on so that maybe next year we can support a kid,” Haney said.

SAAC hopes to give back to the community by sponsoring a child from White County or another nearby county.

“Make-A-Wish is a special organization, but we didn’t want to send the money to some big pot and not know where it went,” Tomas said. “We wanted to do it here, in this community.”