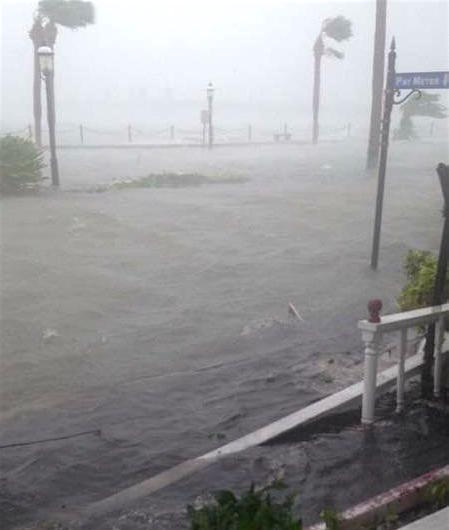 As the death toll in Haiti and surrounding countries climbs to over 250, eastern Florida is preparing for the Category 3 storm known as Hurricane Matthew, according to BBC News.

Matthew hit Jamaica, Haiti, Cuba and the Bahamas earlier this week, causing massive damages and displacement of citizens, according to CNN. On Oct. 6, in an announcement from the White House, President Obama declared a state of emergency in Florida, Georgia and South Carolina as the storm presses on toward the southeastern U.S.

The White House emergency declaration reads: “The President’s action authorizes the Department of Homeland Security, Federal Emergency Management Agency (FEMA), to coordinate all disaster relief efforts which have the purpose of alleviating the hardship and suffering caused by the emergency on the local population.”

According to the U.S. Department of Defense, over 3,000 National Guard members in Florida and South Carolina have helped evacuate citizens or are ready to provide aid when the storm hits.

Former Harding student Ashlynne Campbell, now a junior at Flagler College in St. Augustine, Florida, said she had to evacuate the city on Wednesday, Oct. 5.

“I was in class when they canceled school, and then I got an email from school, my landlord and the city of St. Augustine telling me to evacuate,” Campbell said. “I drove to Atlanta with a couple friends and now we’re staying at one of their houses.”

“I’m really worried about everything in my house and my friends that are still there in the shelter, because the power is out and everything is flooded and the storm hasn’t even hit yet,” Campbell said. “I don’t even have renters or flood insurance.”

Harding alumna Kristina Kiser, an internal communications intern at the Disney Reservation Center in Orlando, said that the Florida theme parks — most notably Walt Disney World — have been forced to unexpectedly shut down for only the fourth time in 45 years. Kiser said that three of those four times have been for hurricane-related emergencies.

“Thankfully, Orlando wasn’t hit nearly as hard as they had forecasted,” Kiser said. “But based on how the storm was initially forecasted, I think they made the right call in being overly cautious to put the safety of the cast and guests first.”

Florida Governor Rick Scott warned everyone in the evacuation zones of the severity of the storm.

“There are no excuses; you need to leave,” Scott said in a public statement on Wednesday. “If you’re reluctant to evacuate, just think of all the people this storm has already killed. You and your family could be among these numbers if you don’t take this seriously.”

According to ABC News, at least 2,500 flights have been cancelled and 3.1 million people are under mandatory evacuation. Campbell was among the millions evacuating the area.

“As we were heading north, the traffic was so bad that we could talk to other people on the road,” Campbell said. “It was kind of a bonding experience.”

Junior Suzannah Thompson is from Panama City, Florida, where her family still resides. According to Thompson, when it comes to hurricanes, there is only so much you can prepare for.

“Hurricane season is really just a routine we’ve had to incorporate into our lives,” Thompson said. “We just have to try to stay aware of where things are headed.”

Hurricane Matthew is being referred to as the most powerful storm to threaten the Atlantic coast in more than a decade, according to ABC News. As it continues northwest toward the United States, the storm is set to touch down Friday and Saturday with heavy rain and 120 mph winds.