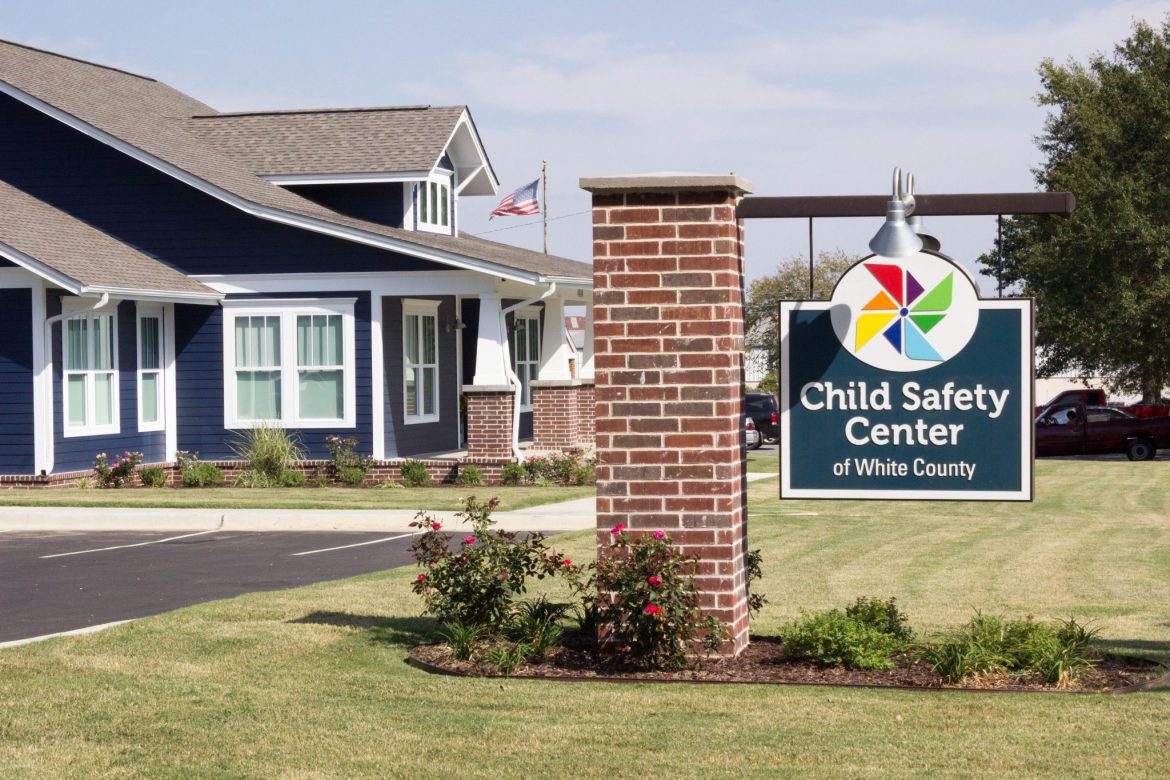 According to Connell the center moved to the new location because they needed a larger space for privacy of interviews and more office space. The new building allows them to work with more than one family at once.

“We had staff that didn’t have their own office and we didn’t have enough room for therapy,” Connell said.

The Children’s Safety Center first began in a small house by the Ulrey Performing Arts Center on Harding’s campus. According to Connell, the center began because the positions that work directly with child abuse cases knew about the advocacy center in Lonoke, Arkansas, and wanted the same resources in Searcy.

In 2010, the center moved to a larger location on Race Street, and in July of 2016 it moved to its current location on Rodgers Drive. Beth Light, adjunct professor of sociology at Harding, is the trauma therapist for the center. She began working at the center in 2008 as a Harding graduate school intern.

“When we were moving in I had a feeling of uncertainty of how we would adjust to the new space, Light said. “After actually being (at the current location), I think, ‘How did we ever do this not in this building?'”

At the grand opening of the new center, First Lady of Arkansas Susan Hutchinson gave the keynote address to the audience and spoke about the importance of advocacy centers. Hutchinson once served as a board member for Children’s Advocacy Center of Benton County. “Hutchinson is very active in child advocacy centers and is passionate about preventing child sexual abuse,” Connell said. “She is extremely involved with all the advocacy centers across the state, and was happy to come and join us.”

The White County center is one of fifteen in the state of Arkansas.

Suzi Eudaly, a licensed therapist in White County, works closely with the center.

“The center gives the child a safe and comfortable environment and support as they walk through the trial (for their abuse), ” Eudaly said.