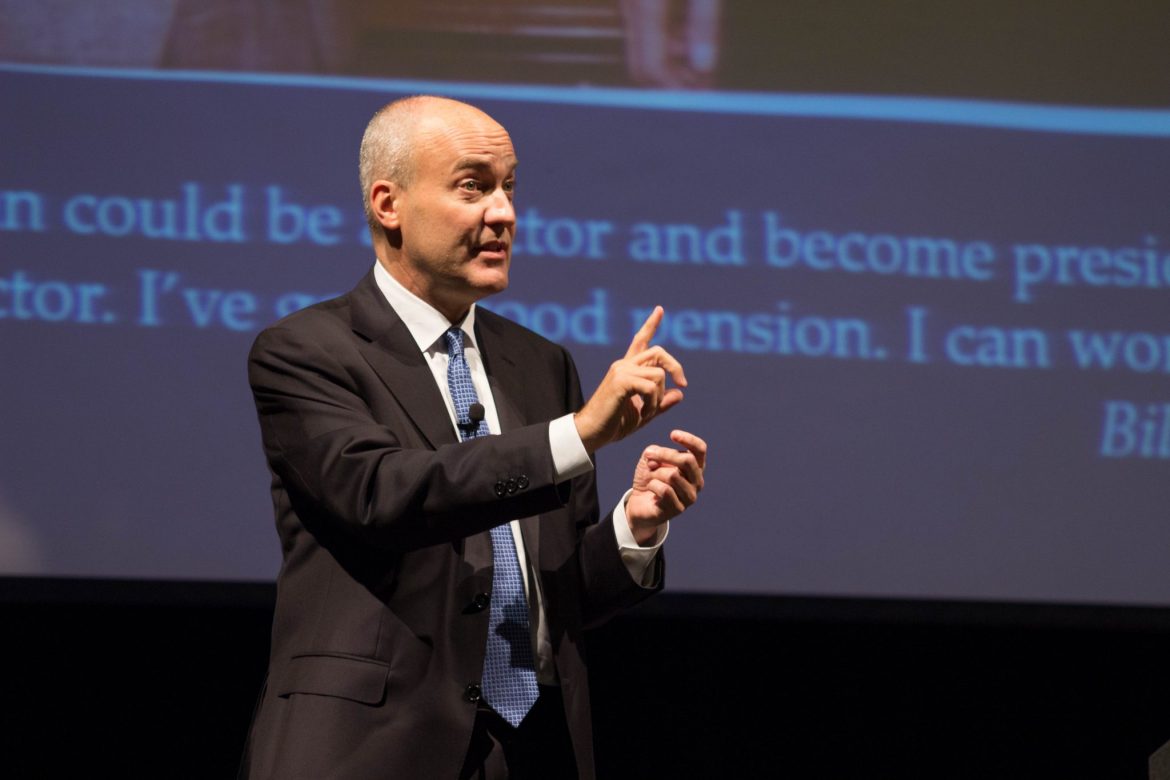 It is a rare feat for an ordinary citizen to be allowed into the inner workings of America’s most exclusive fraternity, but Time Magazine’s Chief Political Correspondent Michael Duffy tells the story of the Presidents Club in his new book of the same name. The book tells the stories of how every president since Herbert Hoover and Truman have worked together to accomplish many goals.

“There are elements to being president that are unlike any other job in American history,” Duffy said. “The men who have done it rely on each other for advice, counsel and help.”

According to Duffy, the club was established two weeks after the death of Franklin Roosevelt, after President Truman invited Hoover back to the White House for the first time since Hoover left in shame and disgrace. Naturally, Hoover was nervous to return, but he received a warm welcome. After completing a few fairly large tasks for Truman, Hoover brought forward the idea to make a club for all the former presidents to help the sitting president make a better nation.

The book chronicles many great tales of inconceivable friendships, but it also tells of struggles, conflicts and double-crossings. The Presidents Club has an intriguing history in all aspects, but it bestows a great message for the American people. This is a message of unity despite partisan lines and personal divides.

Perhaps it was George W. Bush who summarized the purpose of the club best. In 2009 as President Bush was preparing to leave office, he hosted a small meeting with all the living former presidents and the then President Elect, Barak Obama. According to the New York Daily News, Bush offered a great piece of advice to Obama.

“One message that I have and I think we all share is that we want you to succeed. Whether we’re Democrat or Republican we care deeply about this country,” Bush said. “All of us who have served in this office understand that the office itself transcends the individual.”

Duffy spent his time on the Benson Auditorium stage telling story after story heard directly from the lips of these giants of American history. While he admitted there was plenty of intrigue, he used his time to show how many former presidents have crossed partisan lines and personality differences to become great friends who accomplished great things. According to Duffy, this was the main reason for writing the book.

“This is a group of men of different parties who help each other, and that’s a good model for everyone,” Duffy said.