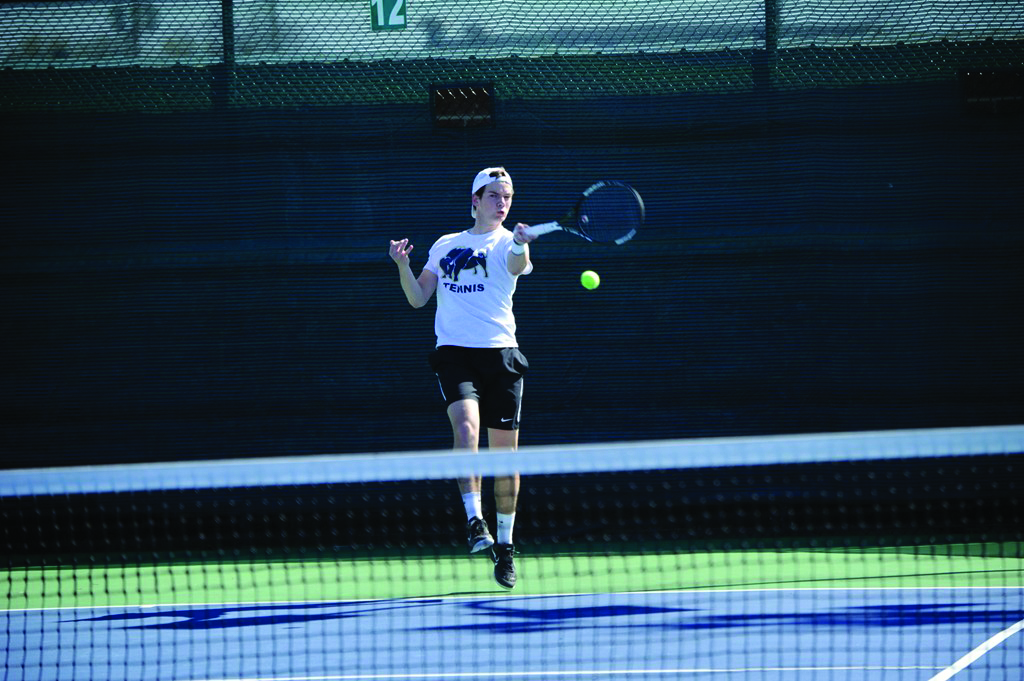 According to Faulkner, being a full-time student and an athlete has become easier throughout the years. For Crisostomo, he used to train every day from 8 a.m. until 6 p.m., but now sometimes finds it challenging to balance school and training.

According to Trevino, time management is one of his main challenges as an athlete.

“Sometimes you don’t have time to do the things a regular student does,” Trevino said. “Your friends can go out, but you can’t because you trained the whole afternoon and have to spend the rest of the day doing school work.”

According to the three tennis players, head coach David Redding has been a great help for the team.

“He gives (his) all for us,” Crisostomo said. “I have a lot of friends that are here in the U.S. studying and playing tennis, and few of them have a relationship like the one we have with the coach. He is 100 percent dedicated (to) us.”

According to Faulkner, Redding has a lot of experience and is passionate about the program, which is a perfect combination. Trevino considers Redding someone the whole team can trust.

“It is noticeable that he tries to be part of our lives,” Trevino said. “We can talk to him about anything and that helps a lot because you have someone to talk to when you need it.”

For Faulkner, being part of something bigger is one of her favorite parts of being on the tennis team. Having the opportunity to give her best in each game is one of the things she enjoys most.

According to Crisostomo and Trevino, they no longer play only for themselves, but for a family.

“I’ve been taught that tennis is an individual sport because I’m the only one at the tennis court,” Trevino said. “But since I came here I have a team, and I have to support them.”

Crisostomo considers tennis to be the most important thing to him.

“I always try to give my best as an individual,” Crisostomo said. “But I also focus on my team. Playing tennis is everything to me being here far away from home (Chile).”

In doubles play, senior Piper Huey and junior Laura Golubic won all three of their matches to capture the Flight 1 Championship. Sophomore Chase Stumne and senior Neto Cacace likewise won the Flight 2 Championship on the men’s side. Stumne was the only Bison to win his singles event, defeating OBU’s Braydon Montgomery 6-3, 6-1 in the final.

The Bisons and Lady Bisons will play in the Central Region Tournament on Sept. 30 in Oklahoma City.