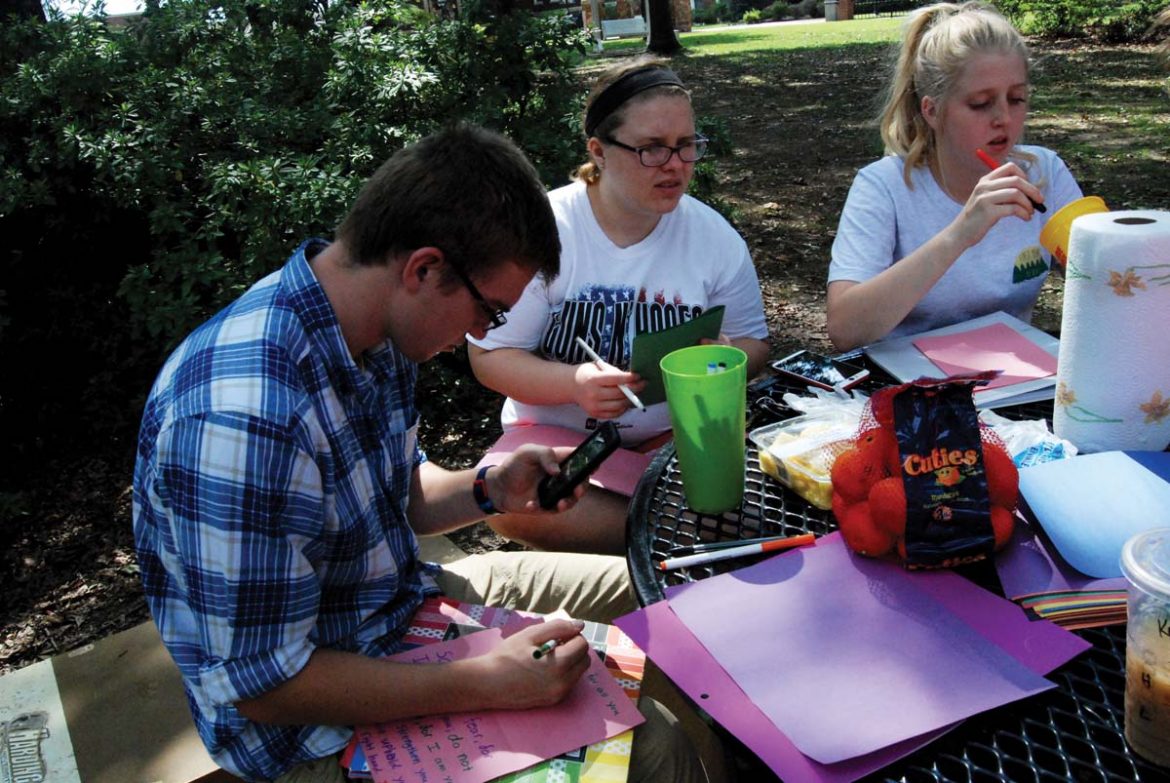 In April 2016, a new club on campus was formed to encourage faculty and staff. Six student officers and one sponsor currently operate the Encouragement Club.

According to sophomore Morgan Jones, Encouragement Club president, the club began after she witnessed difficult trials in many of her professors’ lives.

“I was inspired (to start the club) last year because of Dr. Cochran,” Jones said. “He was one of my favorite professors, (who) had to leave early because of his wife’s illness. At Harding, there is such a great sense of community amongst the students, but do we love on our teachers who also go through things as well? I thought it would be cool to bring the student body together to serve our teachers experiencing difficult times.”

According to sophomore Paul McLarty, the contagious smile and positive spirit of Jones inspired him to join the Encouragement Club.

“She is so optimistic and full of the spirit of God, and I knew that I wanted to be a part of what she was doing, whatever it was,” McLarty said. “The more she told me about the Encouragement Club, the more I was drawn to this idea of giving back to those who have given so much to us. Our faculty believe in this crazy idea that we (the students) have the potential to change the world … They sacrifice so much to invest in us, and I believe this is a great way to wash the feet of those, who wash ours every day.”

Sophomore Ruth Waters, club historian, said she was also inspired by Jones to join the club.

“I really believed in what Morgan wanted to accomplish with the club,” Waters said. “There have been several times where teachers have really helped me. The Encouragement Club aims to uplift professors who are experiencing hardships. Our goal is to lift or ease the burden of the professor we minister to.”

According to McLarty, the Encouragement Club met last year to help faculty members that experienced tragedy.

“The Encouragement Club put a couple of things together to help uplift (faculty) and remind them they are loved,” McLarty said. “Sometimes what we do isn’t a big deal — crafts, meals, posters — but the message of love the student body sends through these simple projects is powerful. I think just saying a simple ‘thank you’ goes further then we actually realize.”

According to Jones, the Encouragement Club meets once a month on the front lawn and is open to anyone who wants to join. To nominate a professor or faculty member to be encouraged, Facebook message or email Jones, Waters or McLarty.