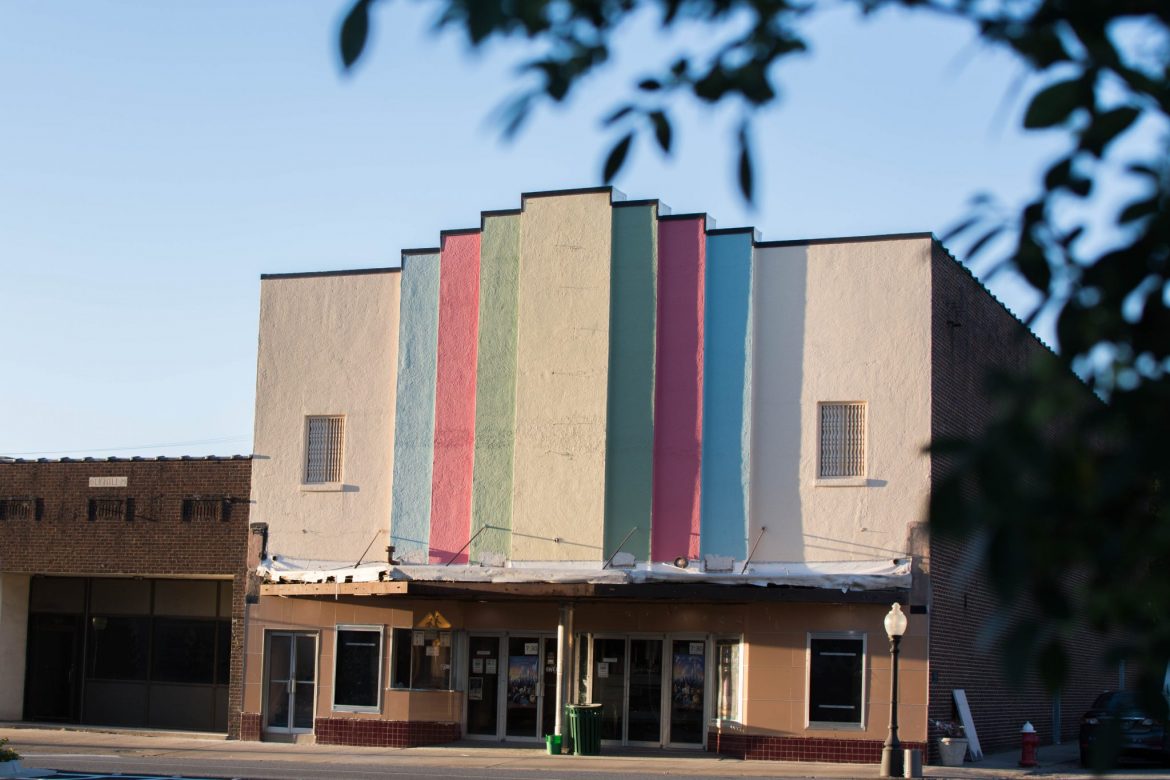 by Eli Andrews and Grayson Piershale

Since its construction in 1923, the Rialto Theater in downtown Searcy has been considered a venue of great importance by the surrounding community, and after almost 70 years, will soon be renovated.

For years, the Art Deco-style theater has been a distinguishing feature of the Searcy community, as well as an affordable, family-friendly source of entertainment. However, in recent years, the Rialto’s operators have received complaints regarding cleanliness and the state of its infrastructure. These complaints have been brought to the attention of the Main Street Searcy committee, which is heading the renovations.

“It’s an iconic theater,” said Amy Burton, executive director of Main Street Searcy. “People in the community are very sentimental about it, and everything fell into place at the right time for the renovations to happen.”

Burton describes the Rialto renovations as the “flagship” of the Downtown Beautification Project, an ongoing effort by several committees including Main Street Searcy, to revitalize the town square. The renovations will take place in two parts: Phase One, which will focus on the theater’s exterior, and is expected to be completed around Thanksgiving week, and Phase Two, which will focus on the theater’s interior.

The project’s undertaking has presented challenges for the Main Street Searcy organization. Restoring the theater requires the use of vitrolite, an opaque tinted glass that has not been made in the U.S. since 1947. To resolve this issue, Main Street Searcy contacted Tim Dunn, the owner of The Vitrolite Company, the only company in the U.S. that specializes in salvaging vitrolite from demolished buildings.

“Whether it’s a first date or a favorite movie, people just have a lot of memories here,” Dunn said. “So it’s always important that we take our time on projects like this and get it right, because a lot of people feel connected to this place.”

Searcy resident James Carson worked at the Rialto box office during the late 1950s, shortly after its first renovations, and is now involved with both Main Street Searcy and Get Down Downtown. He describes working at the theater in his younger years as being formative for him.

“Back then, we all grew up going there, and we were all very close. My older brother used to work up in the projection room above the theater,” Carson said. “We all had a real good time. It’s just a part of growing up.”

The renovations have been funded through both private donations and general improvement state funds. The theater will be open to the public during the renovations.