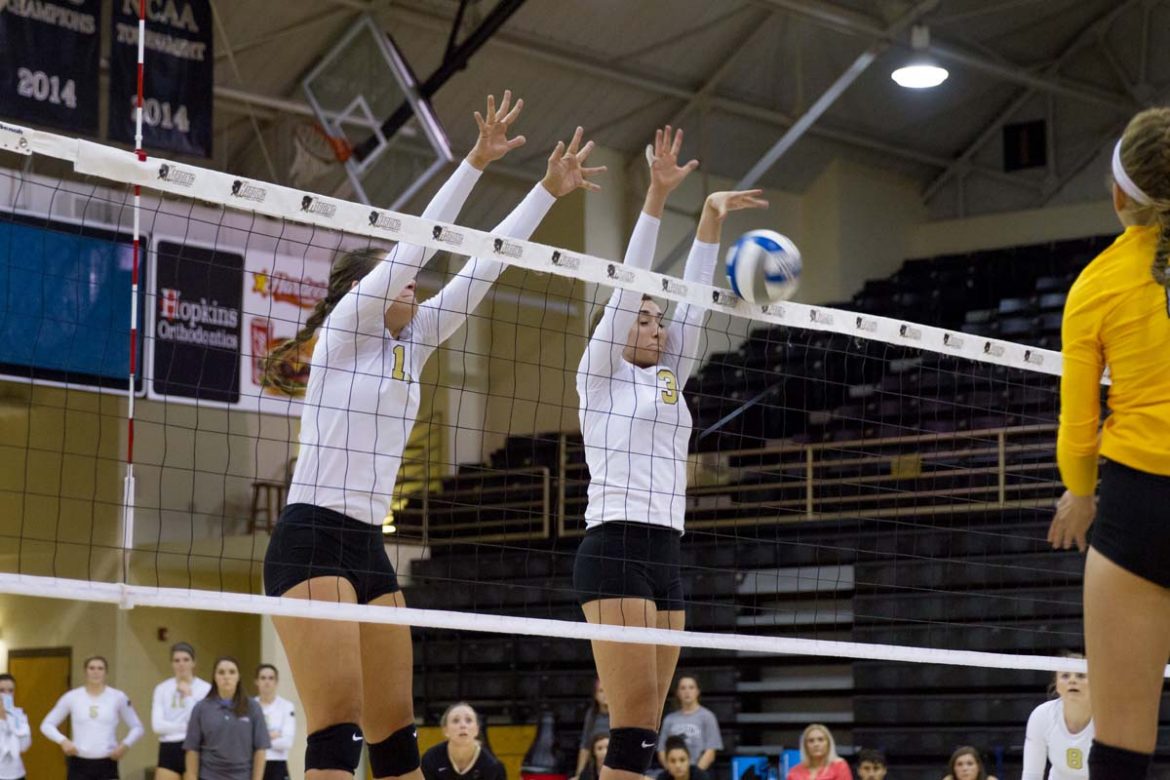 by Michalie Brown and Caleb Rowan

The volleyball team split its two Great American Conference matches last week, falling 3-0 to Arkansas Tech University (ATU) on Sept. 20 before defeating the University of Arkansas at Monticello (UAM) 3-0 on Sept. 22. In just their third home game of the season, the Lady Bisons saw their 9-game winning streak snapped by ATU, but the squad was able to respond with a road win over UAM.

“We are happy to leave Monticello with a win,” head coach Meredith Fear said in an interview with Harding Sports. “(UAM) is a scrappy team that didn’t make it easy on us, but I’m proud of the team’s fight and ability to close out sets.”

Junior middle blocker Taylor Mounts said that she is pleased overall with the progress of the season.

“Even though we’ve already started conference, it’s still early in the season so we’re still working out some kinks but we’re definitely making progress,” Mounts said.

According to senior setter Abigail Glosup, who led the Lady Bisons with 34 assists against UAM, this season has been smoother because the team only added two new players and has experience on its side.

“It’s been easier because last year we had seven freshmen, so this year we were able to dive in instead of having to break everything down for the (new players),” Glosup said. “We’re doing really good team chemistry-wise and we’re still building on the court. We can already see a ton of progress being made.”

With several conference matches still ahead, Mounts said the team is looking forward to playing more games in Searcy.

“We definitely enjoy the home games more,” Mounts said. “Every year the conference gets better. We change, and other teams change, so it’s different every year.”

According to Glosup, Fear helps the team study the style of opposing teams in efforts of learning the best strategies to use.

“Usually during conference play we’ll have a day before to just work on what the (opposing) team does so we can just prepare for what we’re going to see the next day,” Glosup said. “(Fear) usually watches footage for us and prepares our workouts.”

Senior middle blocker Sara Smith said that the team is growing more comfortable with not only understanding the opponents’ game plans but also their own.

“It’s really coming together, and we’re figuring out things that work and things that don’t work,” Smith said. “We can’t really take any game for granted, we just have to play our hardest every single game.”