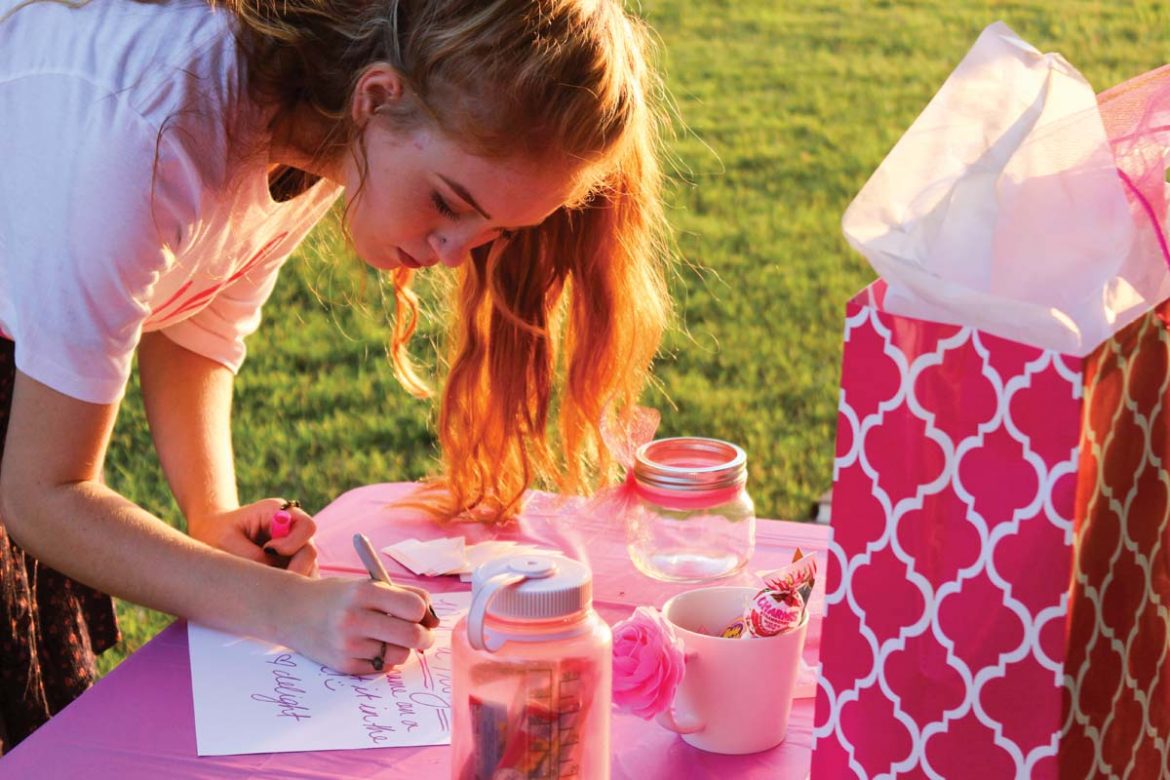 Delight is a national women’s ministry formed by a group of women from Belmont University. Expanding on college campuses throughout the U.S, the ministry was created to give women a place to open themselves up and share their struggles, and share what God is doing in their lives.

Harding’s chapter of Delight was started by juniors Tiffany Metts and Mikayla Ballard. Metts was introduced to the ministry and immediately fell in love with its focus on encouraging women and motivating them to express themselves.

“I wanted to start a chapter here because I’ve seen the impact it has made on those women, and I felt the environment Delight created was something that could benefit a lot of women at Harding,” Metts said.

For the kick-off, they asked female students to bring a blanket and a friend and join them in fellowship. The leaders developed a raffle for prizes including books, stickers and Starbucks gift cards.

The women participating in Delight will spend the semester studying “Delight,” a compilation of stories told by women regarding their walks with God. Freshman Valerie LaFerney attended the event and said she plans to attend regularly.

“The (women) who run Delight put so much effort into making it a fun and inviting atmosphere so everyone felt welcome,” LaFerney said. “The ministry is encouraging to me because it is all about community, faith and finding delight in people’s stories and in hardship.”

According to Metts, when she decided to start Delight, all she had to do was fill out some forms and talk to people at the headquarters. Metts and Ballard rounded up a team of girls to be leaders in Delight at the end of last school year, and as of this semester they have been hard at work planning events for the year.

Delight will meet twice a month on the second and fourth Thursdays. They will also host a Christmas party and service projects. Metts said they wanted this ministry to be a stress-reliever and a break from school.

“The pressure of looking like we have it all together is exhausting, and we wanted to create an environment that harvests authenticity,” Delight leader sophomore Sarah Creeley said. “Our hope is to bring the women of Searcy together through events, community involvement and the word of God.”