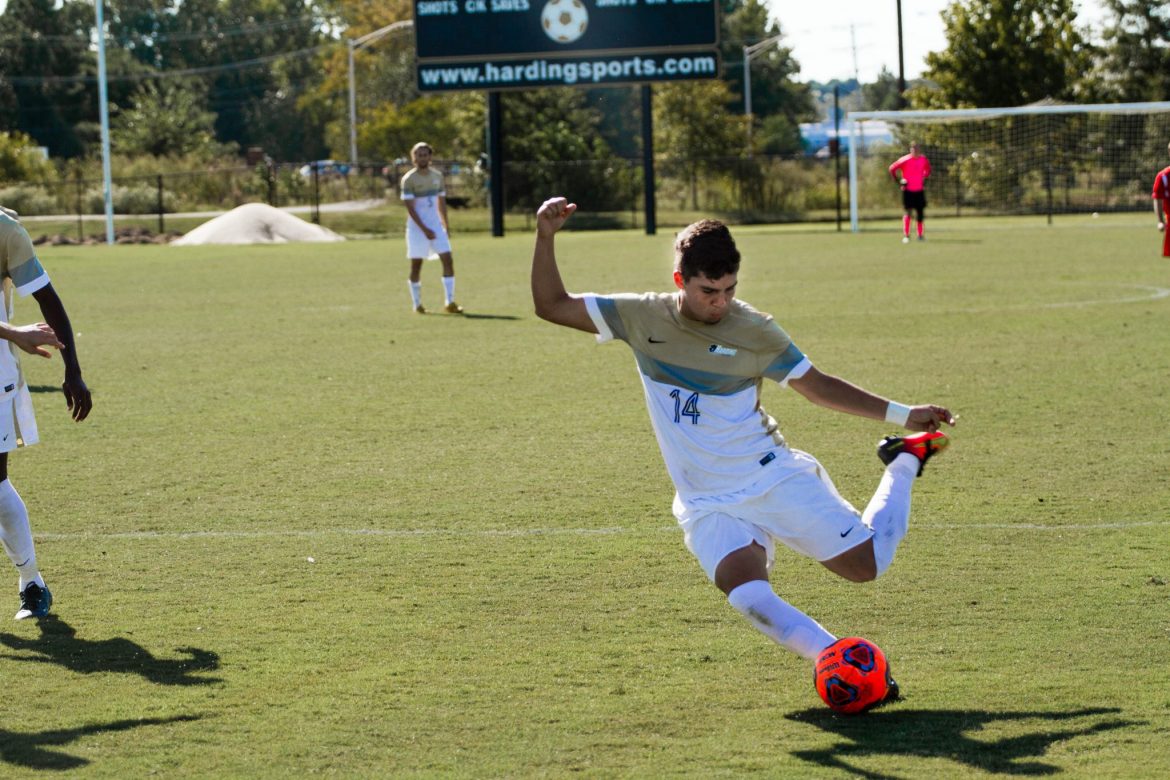 The men’s soccer team won their first Great American Conference game in Oklahoma over the weekend. Sophomore forward Jeremy Nwonumah scored twice to help the team defeat Southern Nazarene University 4-2 on Saturday, Sept. 24 and come back from the team’s second loss of the season on Thursday, Sept. 22. Saturday’s game was the team’s seventh win of the season, which tied them for the most wins in program history.

“We lost our first game of the year against Dallas Baptist in double overtime, and then we won six straight games after that — had six straight shutouts — all program records,” head coach John Ireland said. “In one sense it was kind of a relief to have that streak broken … I think it was a lot of pressure with everyone talking about it, and that’s not something we wanted to focus on.”

Thursday’s loss broke the team’s six-game winning streak. Two goals by junior defender Aaron Craig could not bring the team back from their four-goal deficit, ending the game 4-2. The team is over halfway through their season, having played 10 out of their 18 scheduled games.

“We won six straight and came up short in that game,” Ireland said. “We have a talented team but we made some mistakes and they capitalized. But fortunately for us we didn’t have to wait too long. We had a great performance against Southern Nazarene — we got our first conference win. Got back in the winning column.”

“Just because we won doesn’t mean we did everything perfect, so we have a lot of things to work on,” fullback and team captain, senior Jeremy Rector said.

Rector said the team is bringing a lot of high energy and intensity into their games.

With Tuesday’s 2-0 victory over William Jewell College from Missouri the Bisons set a new program record with eight wins this season.

The Bisons play Ouachita Baptist University at home on Oct. 4 at 7 p.m.