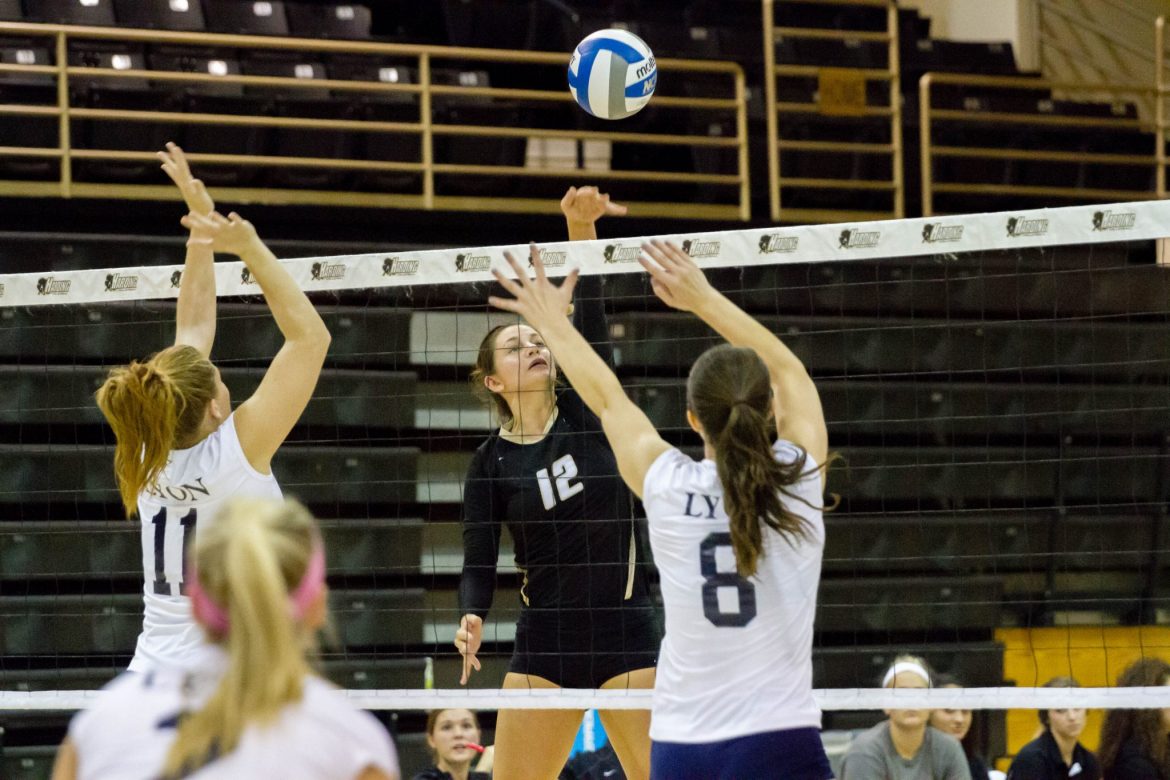 By Audra Shumaker and Caleb Rowan

On Saturday, Sept. 17, the volleyball team swept the Harding Tri-Match at Rhodes-Reaves Fieldhouse with 3-0 victories over both Missouri Southern State University and Lyon College, extending its winning streak to nine games.

Head coach Meredith Fear said she has talked to the girls about playing fearlessly, and not being scared of their mistakes. In regards to Saturday’s games that strategy has paid off for the team.

“The girls played at a high level,” Fear said. “They stayed focused and had a well-balanced and good game.”

Sophomore middle blocker Zoe Hardin, who was named last week’s Great American Conference (GAC) offensive player of the week, said the team is proud of its streak but is staying focused on its upcoming conference games.

“I think we’re happy with how well we’ve done and the success we’ve had so far,” Hardin said. “We’re kind of on a roll; we’re getting used to each other and figuring out what works. We are pleased with what we’ve accomplished, but we aren’t done yet.”

Hardin is part of the Lady Bisons’ big sophomore class, which also includes the team’s season leader in kills, outside hitter Emily Clayton. According to Clayton, the group of seven sophomores are working hard to improve after a disappointing freshman season.

“We had seven freshmen last year. Now all being returners, in the back of our minds, we’re still thinking about last season,” Clayton said. “It’s safe to say last year we had a losing season. I think we have to stay mentally tough and know that we’re not the same team we were last year.”

As far as Saturday’s victories, Clayton said she was excited to see the players come together so well.

“As a team, I thought we meshed really well on Saturday,” Clayton said. “When we keep our energy levels up and we’re all working together as a team that gets me pumped,”

According to Hardin, despite the talented sophomore class, the team still relies on the leadership of its seniors, setter Abigail Glosup, middle blocker Sara Smith and defensive specialist Bianca Trevino.

“Whether we realize it or not, we all kind of look to them in any situation and they can give us guidance,” Hardin said.

The Lady Bisons played Arkansas Tech University on Sept. 20 and the University of Arkansas at Monticello on Sept. 22, but results were not available at press time.

The team travels to Arkadelphia, Arkansas next to play Ouachita Baptist University in a GAC matchup on Sept. 27.