Bisons Off To Historic 6-1 Start 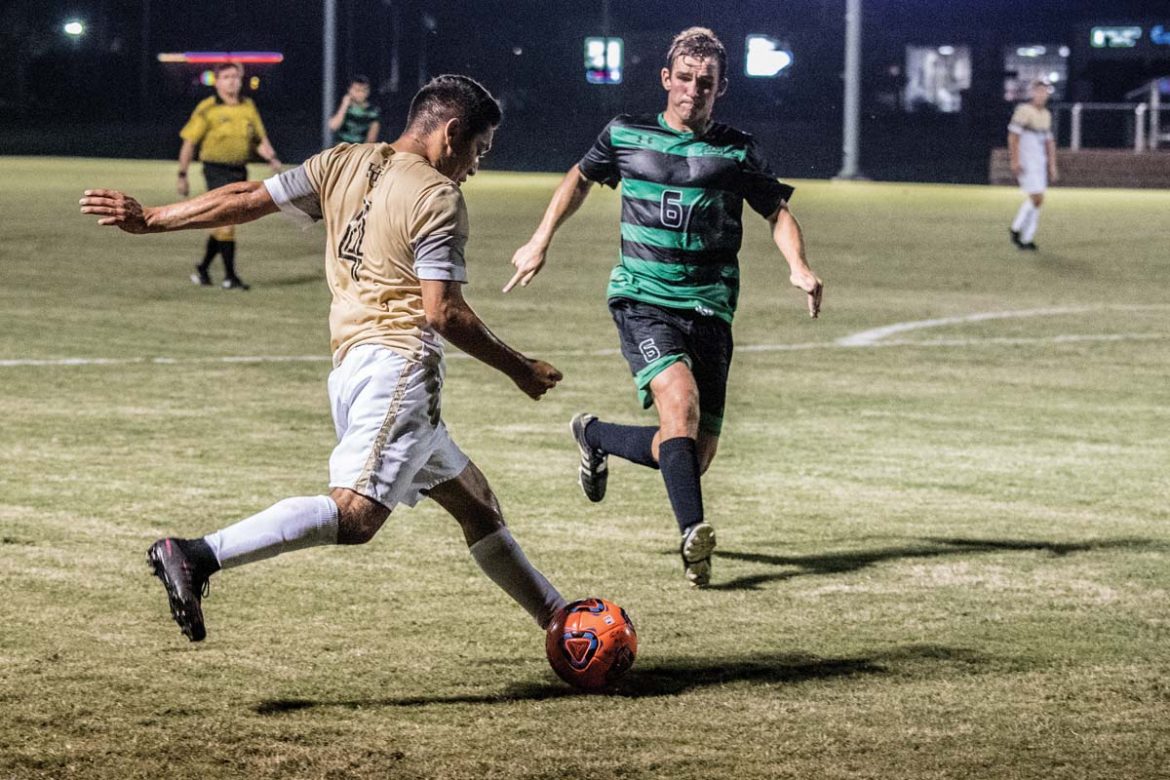 On Thursday, Sept. 15, the Harding men’s soccer team defeated Delta State University 1-0 when sophomore Matheus Ribeiro scored the winning goal in the 66th minute. The game at Stevens Field was delayed due to lightning, but the team was able to shut down one of the nation’s best offenses and complete a fifth straight shutout. After a 2-0 victory over Hendrix College on Sunday, Sept 18, the Bisons are now 6-1 on the year and off to the best start in program history.

“They are fighters,” Ireland said. “They play so hard. They keep going; they keep working; they don’t stop.”

Ireland also shared some advice with his players.

“Even with all the success, stay grounded,” Ireland said. “Stay humble and hungry for more.”

The soccer team practices six days a week. They spend their time watching film, practicing or playing. Sophomore goalkeeper Michael Wasson said the team has to be ready for anything. Sophomore defender Justin Kucera said that coach Ireland gives the team constant motivation to work hard and dream big. According to both Wasson and Kucera, coach Ireland says that if they do the little things right, they will get big results.

Kucera and Wasson said some of the biggest challenges that they face team are learning how to win and be consistent.

“If you want to be a role model,” Wasson said. “You have to be excellent in everything you do.”

They added that Ireland is a great motivator for the team which both describe as a family. Ireland has been coaching at the collegiate level since 2000, taking his first head coaching job at Lipscomb University in 2007. He played on Harding’s first men’s soccer team when the program started in 2000. Ireland said one of the challenges he faces as head coach is getting the team to believe in what he is trying to do.

Coach Ireland said that the main goal for this season is to improve every single game. He tells the team to focus on the moment and how they can get better. He added that the team needs to focus on offense and to creating more goal-scoring opportunities.

The Bisons began conference play against Oklahoma Baptist University in Shawnee, Oklahoma on Sept. 22. Results were not available at press time. The Bisons play Southern Nazarene University tomorrow at 2 p.m. in Bethany, Oklahoma.