Home Lifestyle The Jungle Book returns to its dark roots

The Jungle Book returns to its dark roots 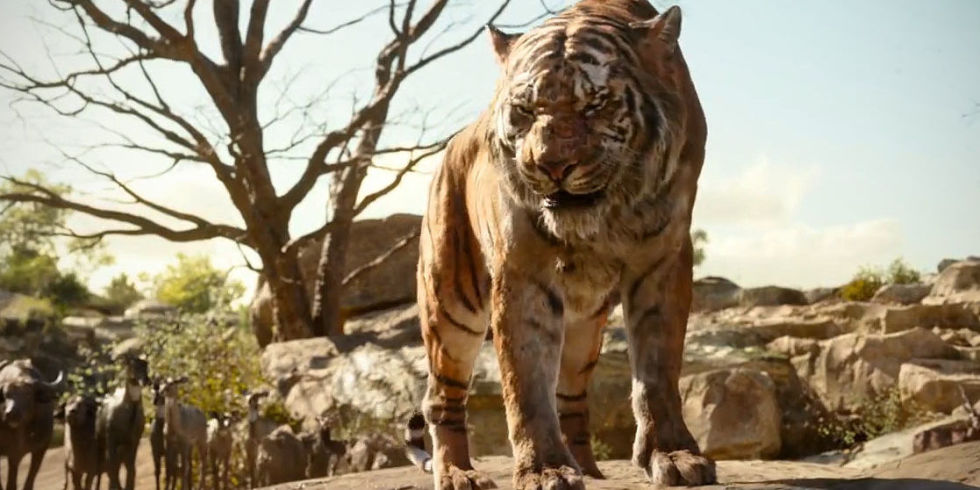 The live-action remake of Disney’s classic “The Jungle Book” hit theaters two weeks ago on Friday, April 15. The 1967 animated adaption of the book was famously noted for its colorful artwork and iconic tunes. Inspired by the book by Rudyard Kipling, Disney chose to take the originally grim and dark story and lighten it up to make a family feature film.

I saw the new “The Jungle Book” on Saturday, April 16, and it is safe to say that I had high expectations. I was never a huge enthusiast of the previous film, but the trailers looked incredible. Every once in a while, Disney hits a remake out of the park — and “The Jungle Book” is one of those remakes.

The film starts out right in the middle of the action. Mowgli, a boy raised by wolves, is being chased through the jungle by a ridiculously large panther. Soon, the panther pins the child to the ground and shakes his head at him for being so slow. Bagheera the panther had previously found Mowgli abandoned when he was a toddler. All is well until the Bengal tiger Shere Khan threatens to kill the wolves if they don’t give up Mowgli, for “a man-cub has no place in the jungle.”

This all happens within the first 15 minutes of the movie, and I was falling out of my seat. First off, the CGI in the film is the best I have ever seen in any movie to date. The film seems to make every animal much, much bigger than its true size to help the audience see it from Mowgli’s perspective.

Disney does a good job of bringing in the classic songs like “The Bare Necessities” and “I Wan’na Be Like You” into the story. King Louie the orangutan is depicted as a gigantic, daunting mob-boss to the monkeys in the jungle. During the film, he half-threatens Mowgli to coax him into getting fire — the “red flower” — from the humans. While he is leaned over the poor child, King Louie slowly starts to break out in song, which was both eerie and legendary.

This version of “The Jungle Book” goes back to the original roots of Kipling’s book, and to be honest, it’s dark. Slight spoiler alert — animals die. Shere Khan is a terrifying force to be reckoned with, and Disney does a great job of portraying an almost invincible enemy. I was on the edge of my seat the entire time with “The Jungle Book” and I give it an easy 95/100. Grab some friends this weekend and have a celebratory night at the movies before finals week.