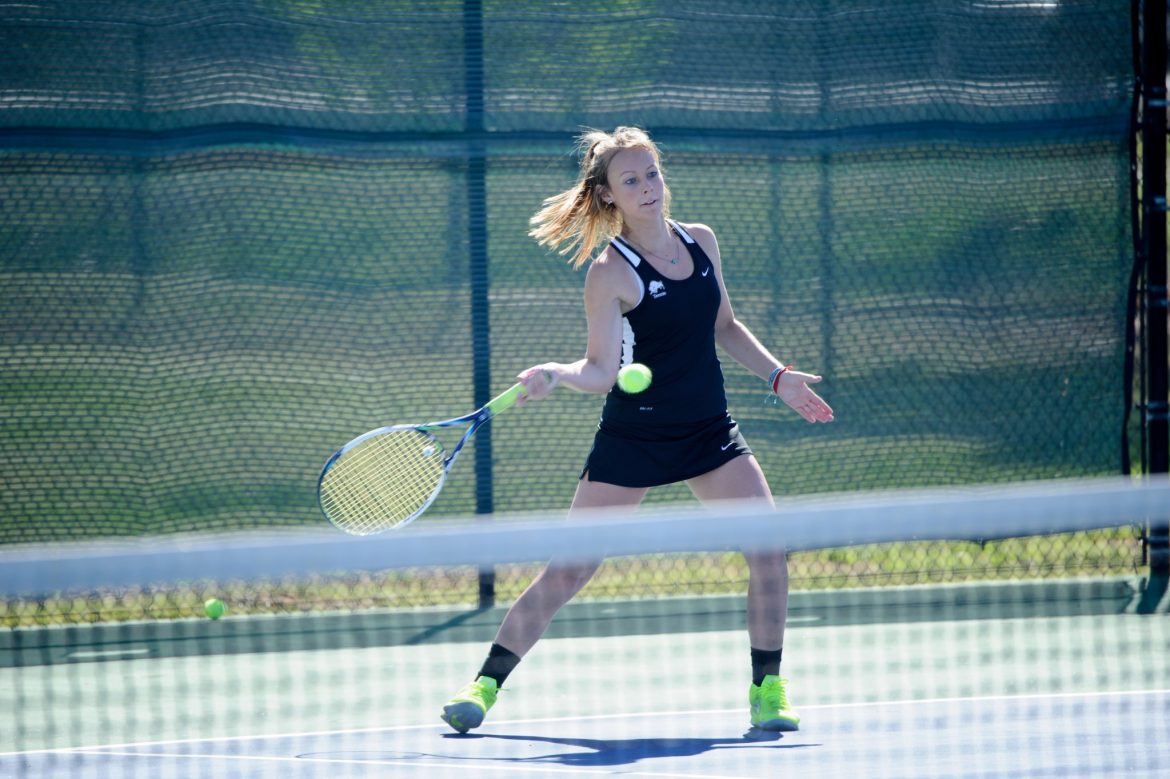 The men’s and women’s tennis teams lost in the semifinals of the Great American Conference tournament on Friday, April 22, as both fell to Southeastern Oklahoma State University (SOSU) with identical 5-1 scores.

The Bisons finished their season with a 9-7 record. The Lady Bisons hold a 14-9 overall record and awaits the release of the final regional rankings on May 3 to determine if it will compete in the NCAA Central Region Tournament.

“Both teams had stellar seasons,” head coach David Redding said. “With the exception of one match, our losses on the men’s side were to top-30 nationally-ranked teams. On the women’s side, we were one match win away from finishing second in the conference.”

The Lady Bisons started the tournament with a 5-3 win over Henderson State University (HSU) in the quarterfinals on April 21. Junior Piper Huey and sophomore Laura Golubic won in #1 doubles and sophomore Emily Faulkner’s victory over HSU’s Sara Griffin improved her conference singles record to 7-0 on the season.

“Last year (at conference) was pretty rough,” Faulkner said. “Overall we’ve had a pretty good season (this year). I’m proud of what we’ve all done.”

Redding said that despite the loss, the men competed well and their success was a team effort.

“I am very proud of both teams,” Redding said. “I don’t look back and compare this year’s teams to past year’s results since this is my first year, my ground zero, and I’m only looking ahead to a bright future for Harding tennis.”

Cacace said that he saw the improvement of the team throughout the season and feels confident going into his senior year.

“We got together as a team more than we were last year,” Cacace said. “We were more consistent. Our goal was to win conference this year, and it didn’t come through, but overall we’ve had a consistent season.”

In his first season as head coach, Redding said he learned a lot and enjoyed getting to work with the young athletes.

“It was a most fulfilling year,” Redding said. “I am somewhat exhausted from the travel and the up and down nature of competitive tennis, but I am looking forward to what we can accomplish going forward.”

Since neither the men’s or women’s teams have graduating seniors, Redding said he is looking forward to next season.

“Expectations will be high for next year,” Redding said. “I’m still trying to bring in more talent to go with all the talent that is returning, but I feel like we have an opportunity to get a national ranking with both teams.”