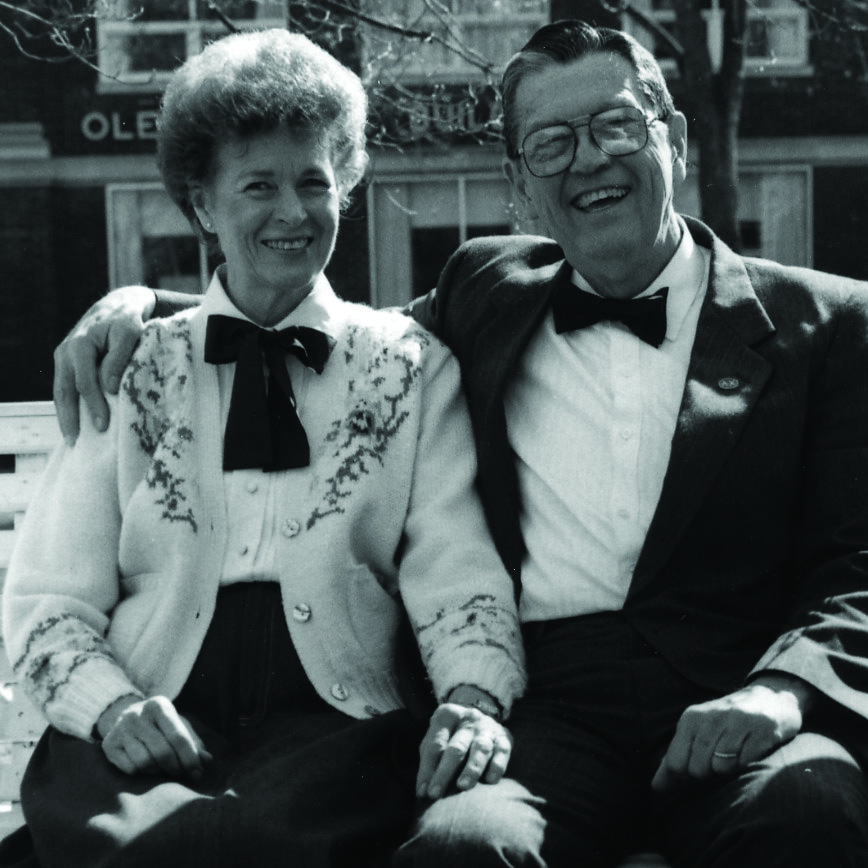 As the first sponsor of women’s social club Regina, Bessie Mae Ledbetter Pryor is remembered as one of the most influential individuals in the club’s history. After years of continued support to the club and university, Pryor passed away in her home in Searcy on Monday, April 8.

“She really did shape (the club),” librarian Lisa Fuller, a former Regina member and current Regina sponsor, said. “I mean, to step in right after it got started and to be there for 40 years — that is a long time. She was so involved the whole time. It was a huge commitment. She gave a lot of herself.”

Many knew Pryor for her hospitality and service to others, a quality still emphasized in Regina. Administrative assistant JoJean Smith, a member of Regina from 1981 to 1984, said she remembers helping Pryor throw a party.

“Just watching her work in her kitchen, you could see love just pouring out of her as she was up to her elbows in chicken salad,” Smith said. “She was a servant. To be able to live that and experience that with her was wonderful.”

Both Smith and Fuller said that Pryor loved hosting so much that she would hold club meetings in her home every week and host other club events throughout the year. The Pryor home was located where the McInteer stands today.

“We had our Spring Sing after-party in her house my freshman year,” Fuller said. “It was just filled to the brim with Regina members, (Chi Sigma Alpha) members and alumni that would come by. I also worked on the Petit Jean yearbook, and Dr. Joe (Pryor’s husband) was the supervisor for that. If we had really late nights, sometimes we would spend the night in their house. They were both super involved.”

“To me, (Pryor) represented something for a young Regina girl and a college freshman to strive for: a virtuous woman who had done good works,” McIntosh said. “Although there was a generation gap, she always made her girls and guys feel welcomed, loved and appreciated.”

According to McIntosh, current members of Regina visited Pryor at her home in groups of three or four every week this semester. Senior Janna Mix, vice president of Regina, said that Pryor was still a large part of the club members’ lives, even though they were only able to visit her for a short amount of time.

“I think knowing your past is important, and also honoring the people that worked so hard to get you to where you are today,” Mix said. “Some of the things that we hold so dear, (Pryor) put into place for us, and visiting her and listening to her talk about that is something extremely special.”

Pryor’s daughter, Susan Pryor Hodges, said that her mother’s life was one well-lived.

“She earned her eternal crown and I imagine her arrival in heaven was the grandest party she’s ever seen,” Hodges said. “Who can find a virtuous woman? We did. Long lived Queen Bessie Mae.”