Home Lifestyle The biggest bang for your buck

The biggest bang for your buck 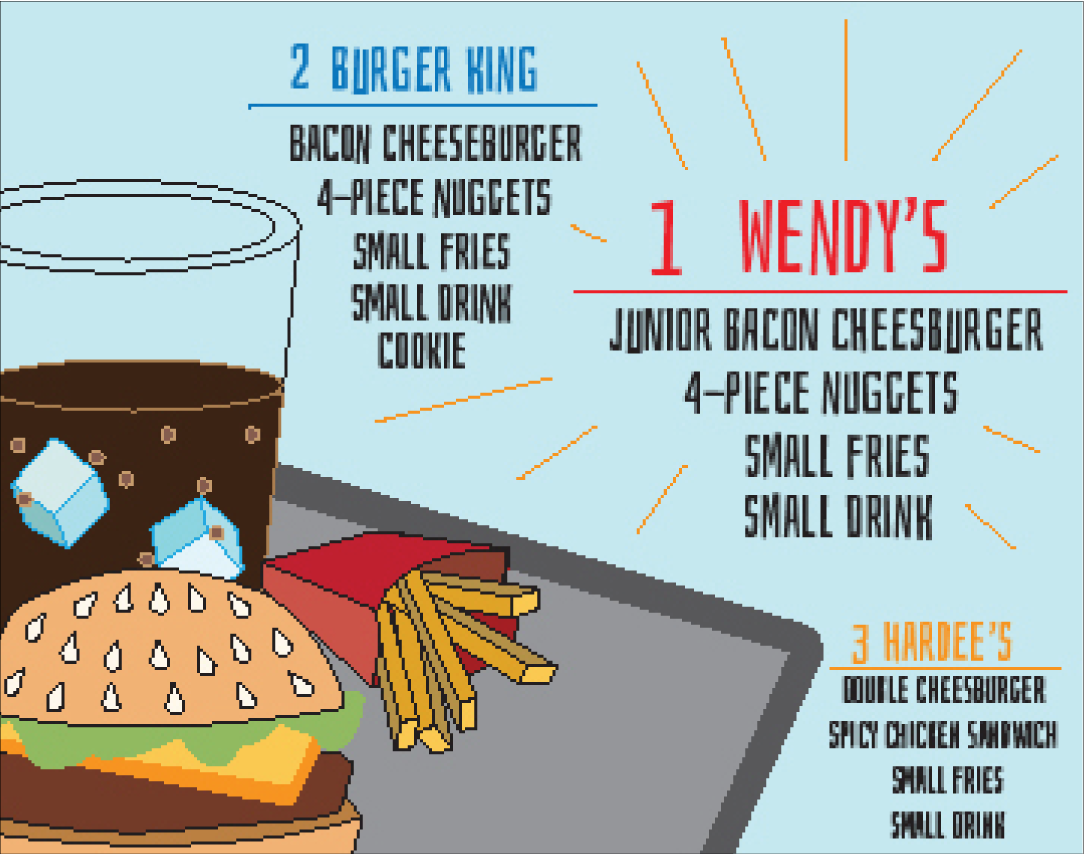 Life is tough as a college student. It gets even tougher when we run out of money. Luckily, local fast food joints are trying to make our lives better. Wendy’s, now located at 1707 E. Race Ave. next to Kroger, Burger King and Hardee’s have introduced special deals for only $4. Both Hardee’s and Wendy’s offer four items with their deals, while Burger King offers five. Which one should you pick? Refer to the graphic above.

The only thing harder than deciding between those options is typing it out on an empty stomach. Which one rules supreme? Wendy’s, and here’s why.

Wendy’s deal tops Hardee’s because its burger has bacon while Hardee’s does not. If you don’t like bacon, you might as well eat at McDonald’s. Hardee’s offers a spicy chicken sandwich, and while it sounds appealing to receive two sandwiches, one small drink will only douse the flames for so long.

Wendy’s vs. Burger King was a tough matchup to decide. Wendy’s takes home the gold because its customer service edges out Burger King’s. I ate at the recently opened Wendy’s on Race Street, and it was heavenly. Managers walking from table to table asking how the food was, workers wishing customers to have a good day as they left — these are things BK does not currently offer. I believe the consistency of Wendy’s fresh food proves to be more reliable than Burger King and Hardee’s.

Now will the customer service at Wendy’s sustain this type of work? I doubt it. But with Wendy’s drawing in customers with its new building and improved service, I believe it is the best choice for your tightly-budgeted wallet.