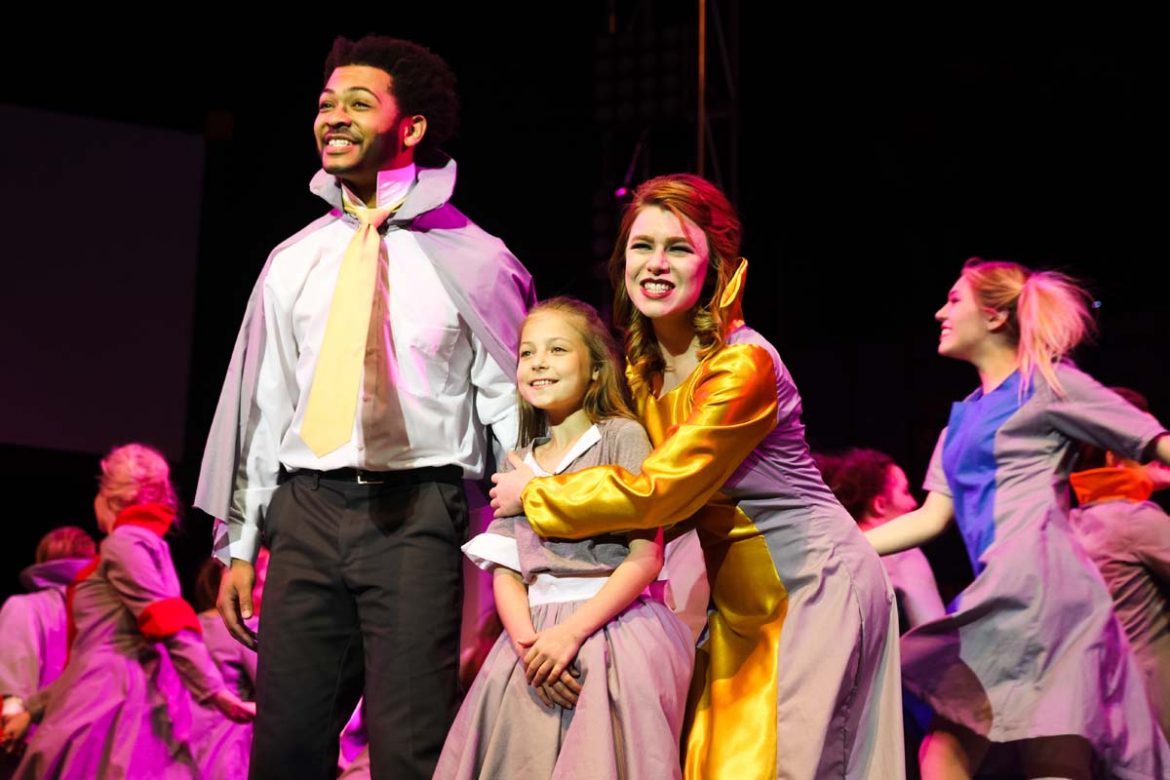 During the weekend of Spring Sing, the Benson stage is covered with college students. This year, women’s social club Delta Nu is adding a 9-year-old to the mix. Third-grader Abby Lawson, who played the role of Young Fiona in Harding’s Homecoming production of “Shrek the Musical”, portrays a human child in a world full of vampires.

According to junior Karis Elliot, a Delta Nu Spring Sing director, each club show performs to raise money and awareness for a specific charity. Delta Nu has chosen to partner with Court Appointed Special Advocates (CASA), an organization that assigns adults to children’s court cases to facilitate the process, answer questions and help the children feel safe.

“We wanted to kind of redefine what family is, so we wanted to go with CASA and do an adoption story,” Elliot said. “This vampire family adopts a human girl, and it’s about how blood doesn’t make you family.”

Junior Shelby Underwood, a Delta Nu Spring Sing director, said that Abby Lawson adds a layer of reality to the show. According to Underwood, having an actual child on the stage makes the story hit home in a way that a college student would not.

“I feel like everything we’ve put into this show, and everything that Abby (Lawson) brings, is translated to the audience in a very real way,” Underwood said. “Having her help us tell the story brings honesty and innocence that we probably wouldn’t have if she wasn’t with us.”

Abby Lawson said that one of her favorite parts about participating in Spring Sing is getting to hang out with college students. She said she has fun getting to talk and practice with so many “older kids.” Abby Lawson’s mother, Katie Lawson, said she appreciates the way the college students have treated her daughter.

“They have been very sweet to her,” Katie Lawson said. “These kids go above and beyond to make her feel very special and to make sure she’s comfortable and having a good time. As a parent, that means a lot.”

Underwood said Abby Lawson brings a lot of talent and spirit to the show and that she has been fun to work with during practices. According to Elliot, the men in the show treated Abby Lawson as their little sister.

“Everyone else who is performing is just in awe of her because she is so talented,” Elliot said. “It’s hard to get the college kids to work when she’s performing because they just stare at her.”

Abby Lawson said that she is excited to perform, and that she has a special way of fighting off pre-show nerves.

“I usually just think, ‘Well, if I do mess up, then they won’t know because they haven’t seen this,'” Abby Lawson said.