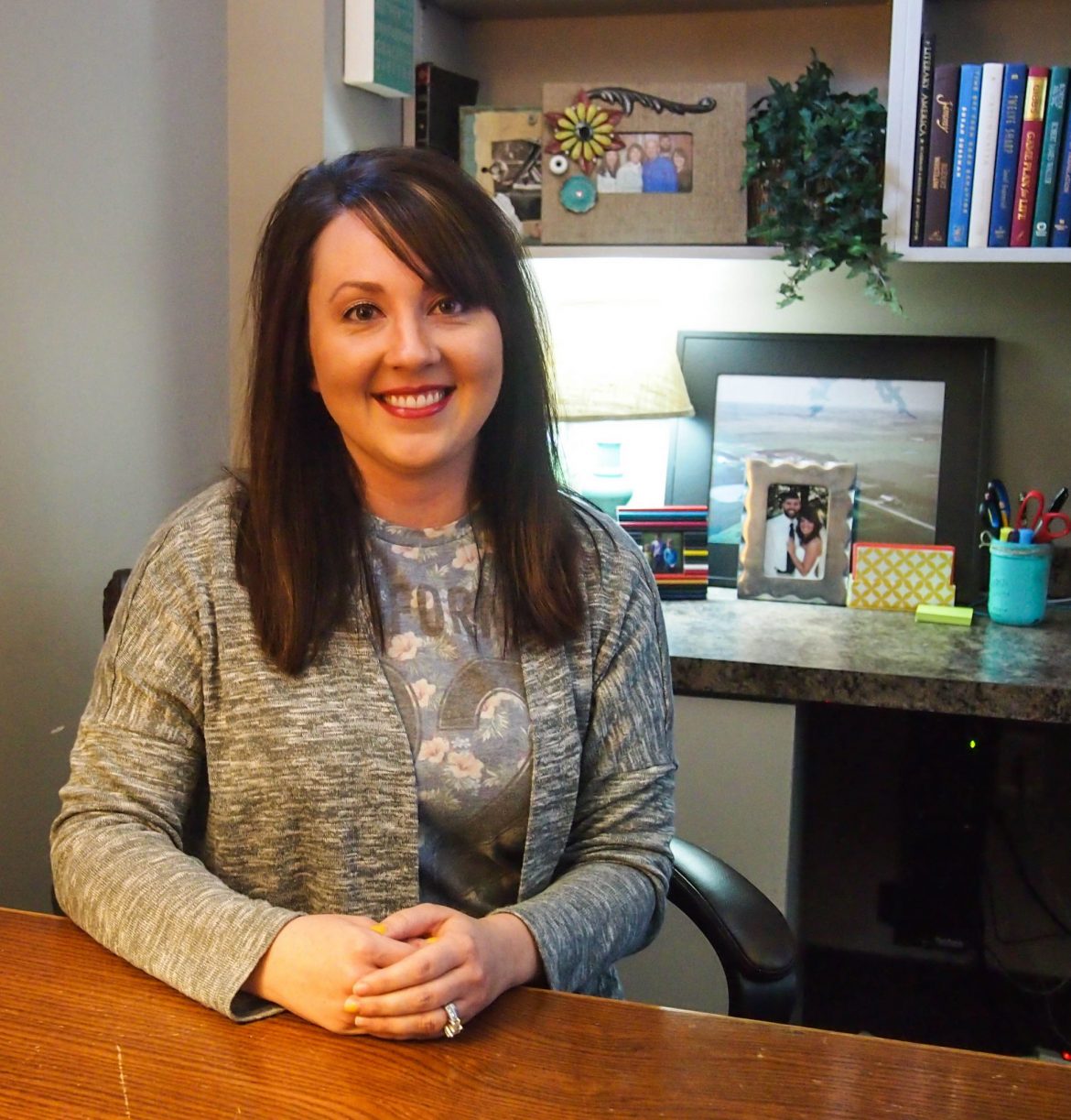 The teenage girl sat in the back of her high school biology class. Instead of drawing diagrams of DNA and molecular structures, she began writing another short story and invested herself in the characters she had created.

Holly Goslin, professor of English, became heavily interested in creative writing during high school, and she currently is working to publish her first novel this summer.

“I love playing around with the language, (and) I love how vivid you can create something without having a visible medium,” Goslin said. “I love the idea of crafting stories (and) seeing something come together that maybe has been (in my mind).”

Goslin graduated from Harding in 2007 and said taking creative writing classes cultivated her love for writing. Dr. Terry Engel, English department chair and associate professor of English, said Goslin is one of three of his former students who have self-published a book.

“It is very gratifying to learn that a former student has taken concepts and techniques from the classroom and used it to go on to the very difficult step of writing a novel and publishing it,” Engel said.

Goslin said her book has been kept under-wraps since she was inspired to write it approximately a year and a half ago. According to Goslin, only three people, including the editor, have read manuscripts of the work.

Jennifer Lowe, administrative assistant for the English department, and one of Goslin’s good friends, said she read one of the drafts and has agreed to keep details of the story a secret.

“I was honored to be one of the first people to read it,” Lowe said. “(The story) was wonderful. (Goslin) did a great job, and I don’t think she gives herself enough credit for her talents.”

The novel, which is still untitled, will be published under a penname, according to Goslin. She said she wanted to keep writing and teaching separated.

“I would honestly rather people not know I’m trying (to write a book) than for me to try and be a failure,” Goslin said. “I can experience success without necessarily having my name attached to it, so that anybody who has ever known me as a student or professionally won’t know who to look for.”

Goslin said the novel is classified as a romance novel and has an element of mystery. She said the plot alternates between points of view and is based on real-life experiences.

“This (story) in particular is very personal to me,” Goslin said. “I don’t know if any of the rest (of my work) will be, but I just don’t want people to read it and judge it harshly.”

Goslin said she is in the process of writing a sequel to the novel and plans to create a series with interconnected characters.

“I just think if writing didn’t exist, everything would be a lot more boring,” Goslin said. “(Writing is a) mean of sharing humanity with someone else.”