Home Sports First place on the line for men’s basketball

First place on the line for men’s basketball 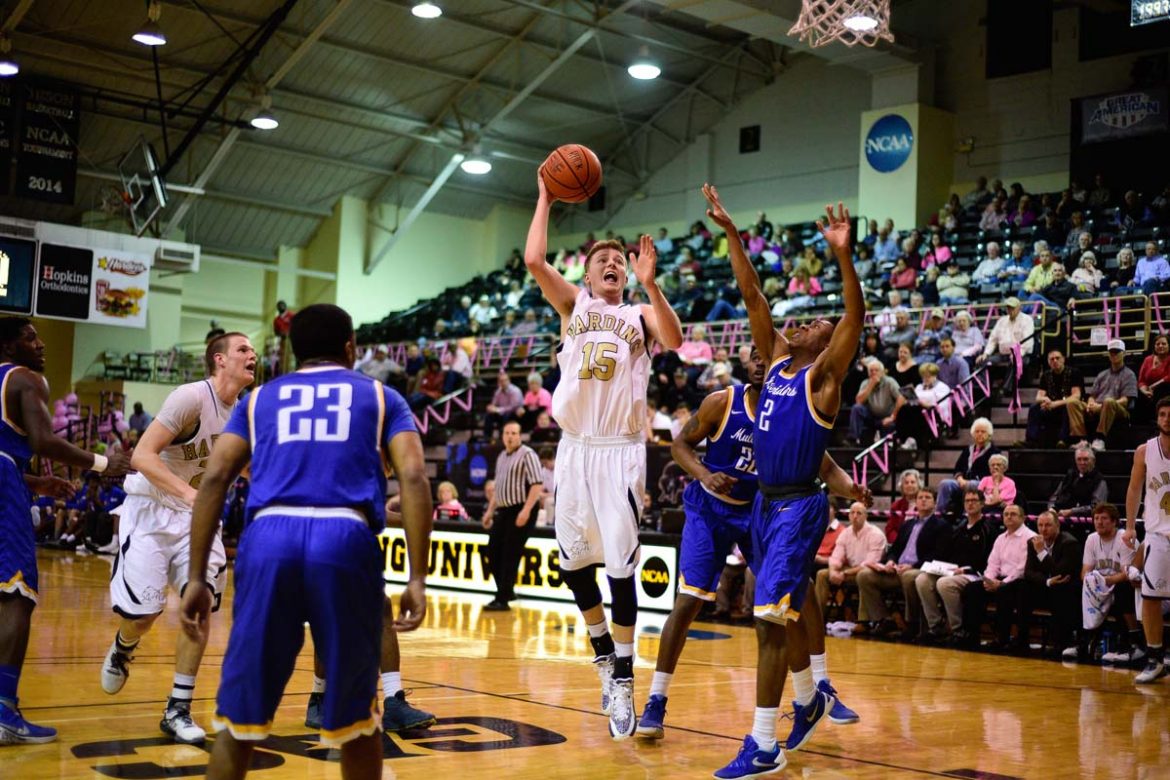 The men’s basketball team has battled all year long for the Great American Conference (GAC) title and tonight, Feb. 25 at the Rhodes-Reaves Fieldhouse against East Central University (ECU) that is exactly what will be on the line for the Bisons.

ECU enters the game sitting atop the GAC standings with a 16-4 conference record. The Bisons are currently in a two-way-tie for second place in the GAC with Ouachita Baptist University (OBU) and hold a 15-5 GAC record. A win tonight would vault Harding into a first-place tie with ECU, and possibly OBU, in the GAC with one game remaining in the regular season for both teams.

Bisons’ head coach Jeff Morgan said the team always tries to take the season one step at a time, but that it also embraces moments like tonight.

“It’s all about the process and enjoying the journey,” Morgan said. “I was just reminding these guys, you never give up on the process—it’s every single day. We talk every week about how we have two conference games, and we’re trying to get to two (wins), and you can’t get to two until you get one. But I also told them that this is one of the reasons you came here to play—to play in games like these. You wanted to be in positions like this.”

Harding won the first match-up of the two teams this season on the road in Ada, Oklahoma, 96-93 in overtime behind 25 points from sophomore Reggie Anthony and 20 from senior Jacob Gibson, Harding’s new school record-holder in three-pointers. The Bisons will need that timely scoring again against an ECU team that has won eight straight games and can put points on the board quickly. The Tigers average 81.9 points per game—making them the highest scoring team in the GAC.

“They have a very explosive team,” Morgan said. “We know that we have to do a really good job on the boards. They’ve got some guys that can really shoot it, plus they have a really good inside presence, so they’re tough defensively going in because you have to guard both. Defensively, we’re going to have to have great transition defense because they will push it at us.”

The Bisons tip off against ECU at 7:30 p.m. tonight in the Rhodes-Reaves Fieldhouse. Following the game, Harding will recognize six seniors as a part of Senior Night.