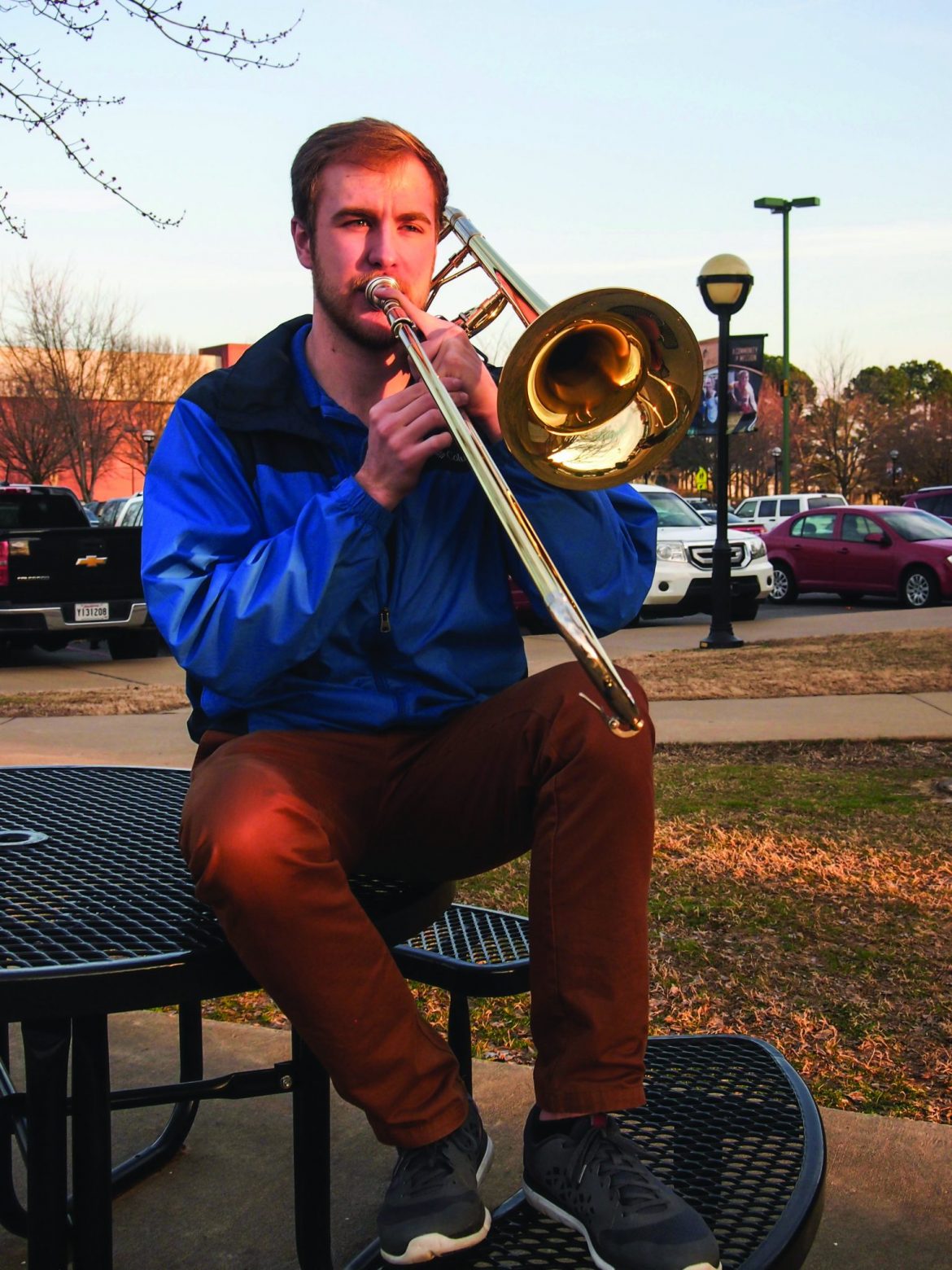 Senior Austin Westjohn has been selected as a finalist in the International Trombone Association’s Robert Marsteller Tenor Trombone Competition. Westjohn said he is one of three finalists set to perform solo and compete at the 45th annual International Trombone Festival, which will take place at the Juilliard School of Music in New York City June 8-11.

Westjohn said that he has been playing the trombone for 11 years. In high school he started getting serious about pursuing his passion in college with a degree in music. As a music education major, Westjohn is part of several ensembles on campus, including the Thundering Herd, orchestra and jazz band.

“In college I realized that I was passionate about music, whether it be teaching it or performing it,” Westjohn said.

Dr. Mike Chance, the director of bands and orchestra, said Westjohn is the second Harding student to be a finalist in this particular competition. Westjohn’s placement in an international competition is an accomplishment and speaks to the profesionalism of the university, according to Chance.

“Austin (Westjohn) has found a lot of success in his collegiate career because he is very focused and is willing to give the time and work that it takes to accomplish certain goals,” Chance said. “He has gone above and beyond of what is required of him, as well as he possesses a lot of natural ability to play music.”

Dr. Warren Casey, the dean of the College of Arts and Humanities, agreed that Westjohn has made the most of his practice and instruction time and that performing at the International Trombone Festival is a great accomplishment. Casey said Westjohn’s accomplishment also shines a light on his teachers’ ability to prepare him.

“I am looking forward to Austin (Westjohn) being successful in the music world and being the kind of believer who is an example of good and right,” Casey said. “He has potential for an outstanding career not only as a musician but as a Christian man.”

Westjohn said that the next step for his career is currently applying for different graduate schools.

“The music performing industry is such a great opportunity to be a light,” Westjohn said. “I look forward to this upcoming summer (competition), and I am excited to see what the future will hold.”

‘The King Stag’ presents a classic in commedia dell‘arte