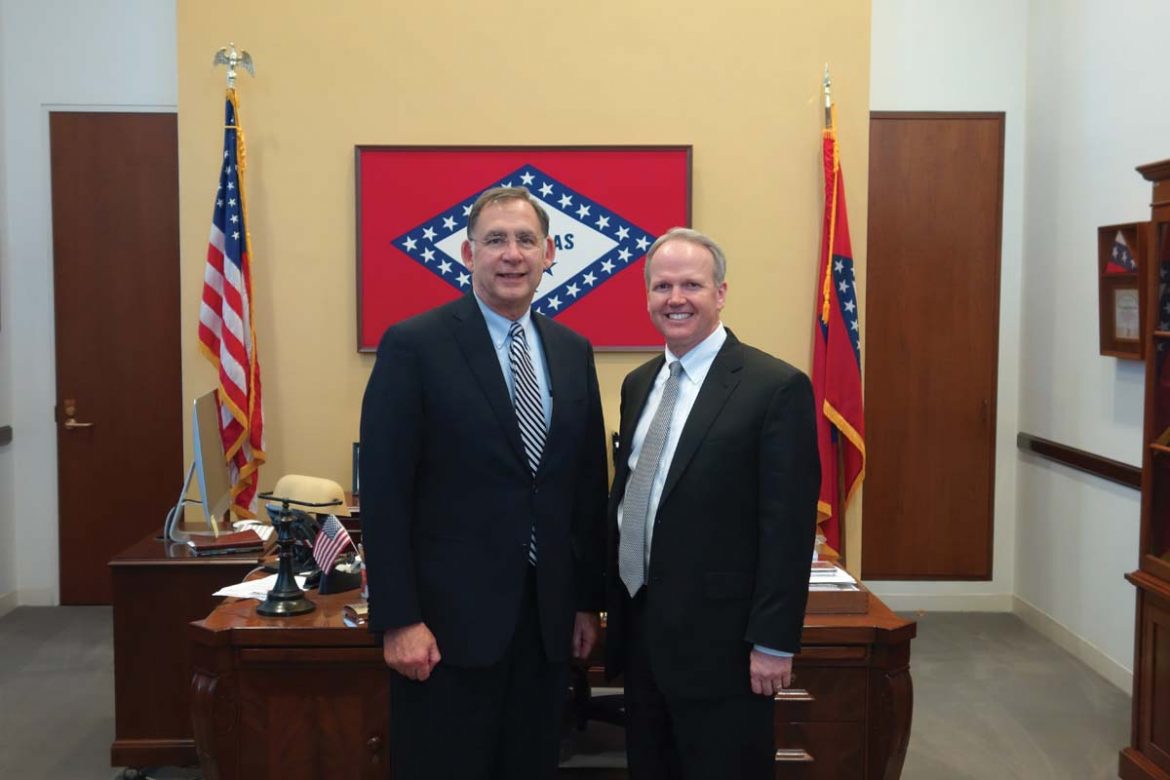 In Dec. 2015, the Human Rights Campaign released a study that revealed more than 30 colleges nation-wide had obtained a religious waiver for Title IX, the anti-discrimination law, since 2013. Part of the Education Amendments of 1972, Title IX states “No person in the United States shall, on the basis of sex, be excluded from participation in, be denied the benefits of, or be subjected to discrimination under any education program or activity receiving federal financial assistance.” Critics of these religious waivers claim that they are an attempt to discriminate against LGBT individuals based on gender identity and sexual orientation.

“The social and political context has significantly changed in recent years regarding LGBT issues,” McLarty said. “Harding has not changed. We believe that human sexuality is a holy matter and that sex outside the covenant of marriage is contrary to the will of God. We also believe that the Bible teaches that marriage is a covenant between a man and a woman. Our hiring and housing policies are founded on these principles.”

Sophomore Cameron Ross, a political science major, said that colleges should be able to choose ideal candidates for faculty positions based on their religious convictions.

“I feel that religious organizations should be able to restrict who they hire if a certain applicant’s lifestyle conflicts with the organization’s basic beliefs,” Ross said. “Professors and staff members at colleges have much more influence over students than even they realize. Christian universities should not be forced to hire someone if their lifestyle choice is in disagreement with Biblical teachings. As representatives of the university, employees should display the same character that the university wishes to display.”

Joseph Chavarria, December 2015 graduate and co-founder of Searcy Outsiders, said that religion and sexual orientation do not have to be at odds. According to Chavarria, Searcy Outsiders is a group that thrives on human diversity and authenticity and fosters friendship, mentorship and discussion.

“If you were a sinner – if you were someone that was imperfect – Jesus wanted you in his company,” Chavarria said. “His fellowship was not contingent on their behavior. The conservative Christian fellowship system is very much based on behavior. If you do not act correctly, you’re not invited in. It also comes from an elitist perspective of Christianity, that somehow because you have it right, you have the right to badger someone about it, the right to insult them and the right to discriminate against them. None of these are consistent with the tenets of Christ.”

According to Chavarria, religious colleges such as Harding will have to confront the issue of LGBT discrimination sooner or later.

“It’s something that’s avoided usually,” Chavarria said. “There’s a growing amount of stress that I can sense on the populous of Harding as society begins to delve deeper into civil rights with LGBT people. It’s inevitable and they’ll feel that stress eventually.”

According to McLarty, Harding has not obtained a Title IX waiver but may choose to get one at some point in the future.

“In this country, a private religious school has the liberty to stand on its own convictions,” McLarty said. “While some will disagree with us on these matters, we seek to treat everyone with dignity and respect. We want all people, however they might feel about our convictions, to experience love in their dealings with Harding University.”