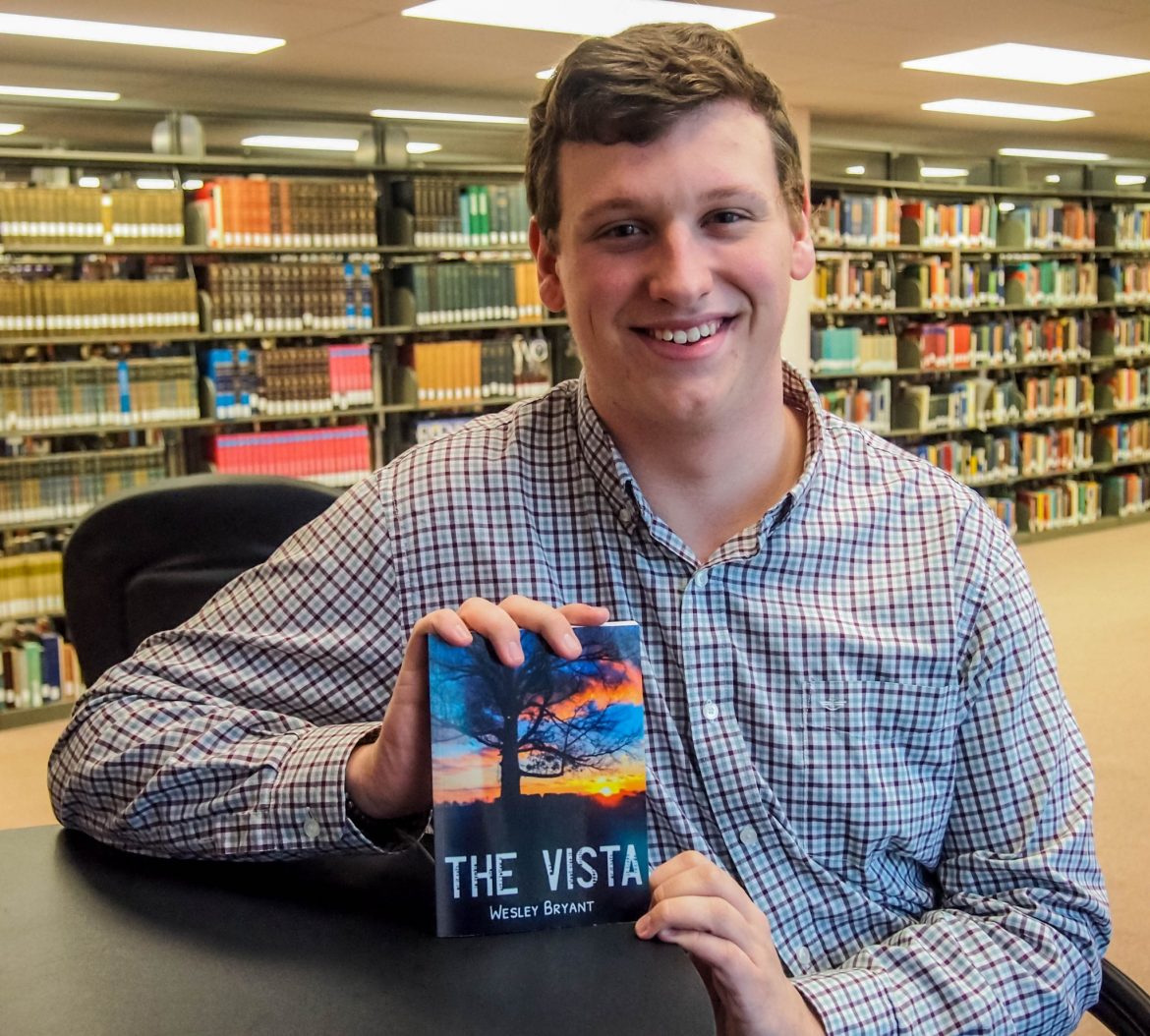 Freshman Wesley Bryant stood in his shower as a sophomore in high school, trying to think of a way to complete his story, “The Vista.” For the previous six months, he had experienced writer’s block.

As he scrubbed shampoo into his hair that night, the story suddenly came together in his mind.

“Everything just clicked,” Bryant said. “I don’t even think I finished my shower. I still had shampoo in my hair, and was like ‘I got to go write this.'”

Shortly after this time, Bryant had a completed futuristic, political science fiction novel on his hands and became a self-published author by the time he was 18 years old.

Once he completed his book about a revolution against an evil ruler of a dystopian country, he started letting other people read it to gain some feedback.

“It sat on my kitchen counter for my parents to read, collecting dust, for a long time,” Bryant said. “I saw it and… thought I might as well send it to someone. So I did.”

After conducting some research, Bryant sent his manuscript to three publishers. He heard back from one in Pennsylvania, but declined the offer after the publisher asked for too much of the profit. Bryant then started contemplating the self-publishing route.

Bryant said he began researching the various steps to become self-published. With help from his parents and a mentor author from Alabama, he contacted printers and took on the various jobs publishers are typically in charge of — such as selling, distributing and advertising his novel.

“It can be very taxing,” Bryant said. “It’s almost like a full-time job, and you don’t even know if it’s going to pay off. You’re wearing a lot of hats, which can be good or bad. I stressed out so much, but I worked hard.”

Bryant said he believes his hard work paid off, especially when he hears reactions from his readers. From the beginning he wanted to positively impact people with his stories, according to Bryant.

“I want someone to be motivated to think that they’re more than what they put themselves down to be,” Bryant said.

“(The book) gets you in the mindset (that) you’re not reading a book, (but) you’re actually learning about something, because it’s young people taking a stand (against) the government,” Grant said. “But it doesn’t have to be the government for you, per se — it can be anything that you can take a stand for… You know, you have a voice. The book makes you feel like you can do something.”

“It’s very empowering as a book,” Romano said. “You’re like, ‘Wow. You know what, if they can do it, I can do some things, too, that I might have been nervous about doing before.'”

Bryant is currently working on a sequel to “The Vista,” and plans to release it this summer. “The Vista” is available for purchase on Amazon.