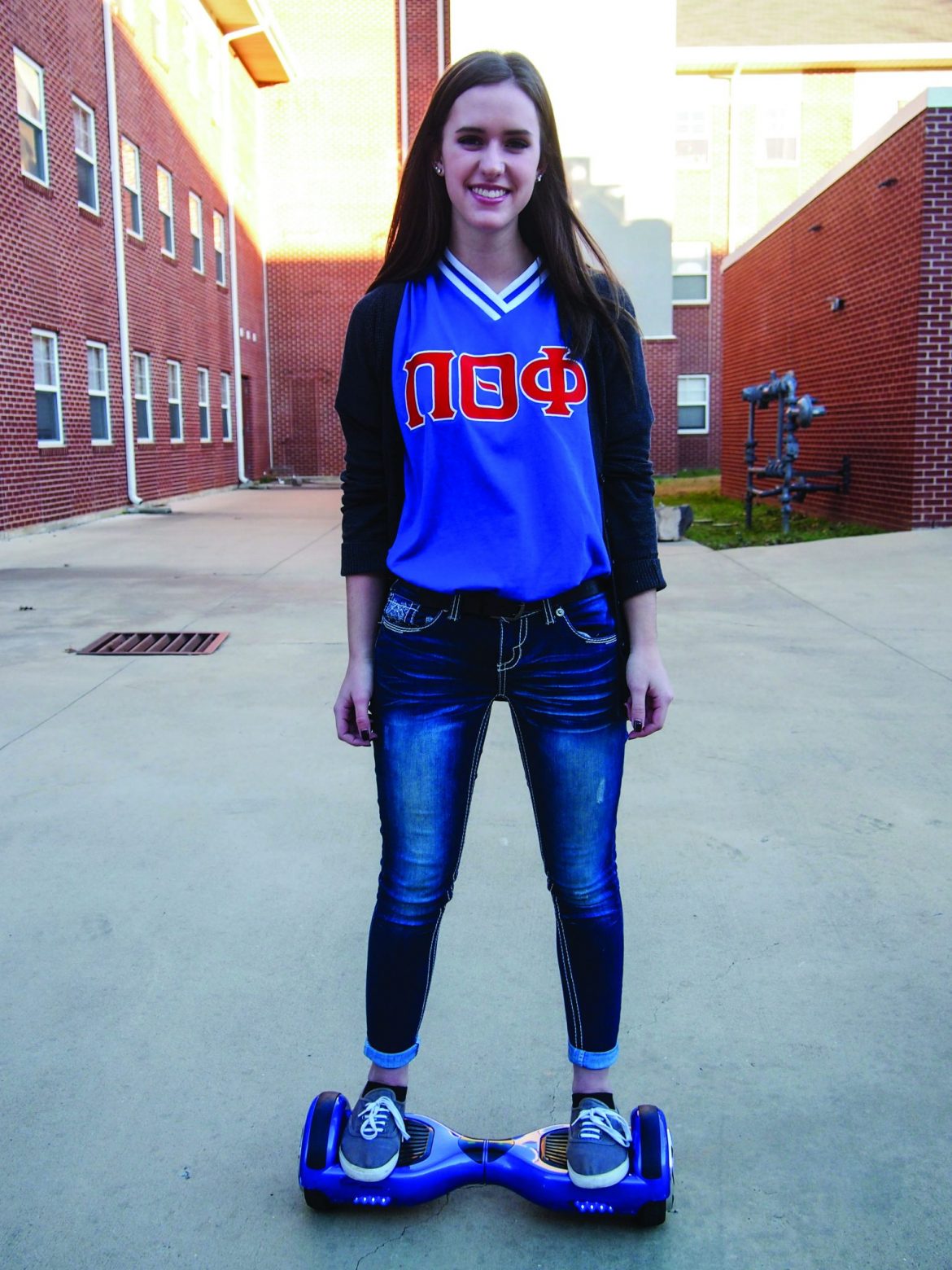 According to The Washington Post, one hoverboard was sold every 12 seconds on Cyber Monday during this holiday season. The popular gift has since been placed under strict regulations at universities nationwide due to safety concerns. Assistant Vice President of Student Life Zach Neal said the Harding administration is taking action to insure the safety of students, faculty, staff and guests.

According to Neal, there are currently 12 students on campus with hoverboards.

“Residence life worked with RA’s to communicate with each student who returned to campus with a hoverboard,” Neal said. “Students have been asked to not ride one indoors. The hoverboard must be attended (to) when charging and is not to be placed on charge when occupants are sleeping.”

According to NPR.org, several cases involving sparks, flames and combustion surrounding hoverboards have been reported. The article referenced that another incident culminated in a house being burned down.

Although Harding has chosen to regulate the use of hoverboards, according to an article by independent.co.uk, more than 20 universities across the U.S. have chosen to ban hoverboards altogether for fear of fires.

Neal said the university will continue to evaluate the current procedures and consider including a handbook policy in the future.

Freshman Sydney Foster received a hoverboard for Christmas and said she has not had any problems.

“I’m not very concerned,” Foster said. “When the board bursts into flames, then I’ll be concerned.”

However, Foster said she understands the regulation of hoverboards on campus because of the speed and potential clumsiness of the device.

“I see people riding around on them during the day, and that could be dangerous to others if you (fell) off of one,” Foster said. “I think (hoverboards) should be seen as a toy rather than a transportation device.”

Foster said that although the manual for the hoverboard says it is intended for transportation, she thinks fewer accidents would occur if people used them in less populated areas.

“See you in the summer”