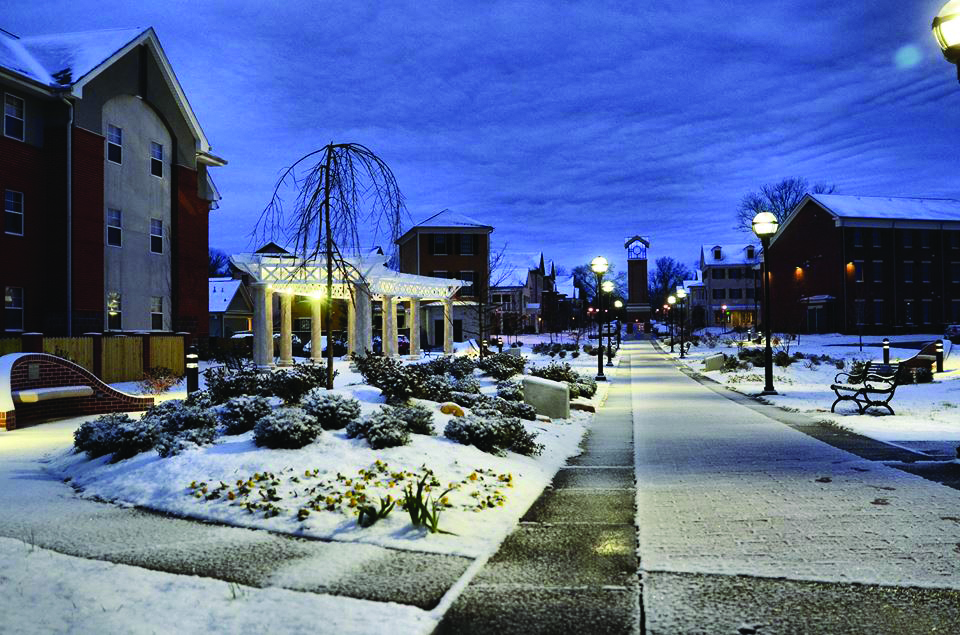 Three features will be added to the First Ladies Garden and will be funded by the 100 Women for Harding. This fundraiser, coordinated by Vice President of Parent and Alumni Relations Liz Howell, gives university alumni the opportunity to make donations in honor of past generations of women from Harding. Howell said she wanted to give an opportunity for Harding graduates to honor family and friends who had inspired, encouraged and provided for them while they were students.

Howell said she called her friend who worked in the Advancement Office for over 10 years, Donna Helms.

“I loved the whole garden concept and the 100 Women was just a neat idea,” Helms said. “I really didn’t do any production work on it other than just give (Howell) feedback about what I thought about different aspects. I think she has more good ideas in five minutes than most of us have in five years.”

Howell sent an email inviting Harding alumni to donate to the cause. According to Howell, the fundraiser was an immediate success.

“I posted my contact number on the invitation email because we launched this campaign right before Christmas break,” Howell said. “My phone began ringing off the hook … the response was incredible.”

Howell said throughout the rest of the day multiple people called and donated to honor women who attended Harding. Before the end of the year, the fundraiser had met its goal.

“To see things go from a thought to a dream to an accomplishment is amazing,” Howell said.

According to the First Ladies Garden proposal, an outdoor classroom, courtyard and secret garden will be added this semester. The classroom’s amphitheater-like design will make it functional as well as fun, according to Howell.

BeaconSage, an app that uses Bluetooth and web links, will be another new feature of the garden. Through Bluetooth connectivity, the BeaconSage app will allow Harding’s history to come to life. “Beacons” will be placed around several locations throughout campus and, when approached, a web link will show up on the user’s mobile device. By clicking the link, students will be able to watch events such as Uncle Bud singing his favorite hymn, Dr. Neale Pryor lecturing, Dr. McLarty speaking about the history of the university and many more.

Although concept designs are not available currently, Howell said the final drafts are “nearly finished.” According to Howell, the dedication to the additional projects will take place in the Benson Auditorium on April 28.