Operation Christmas Child shares the message of Christ through a shoebox 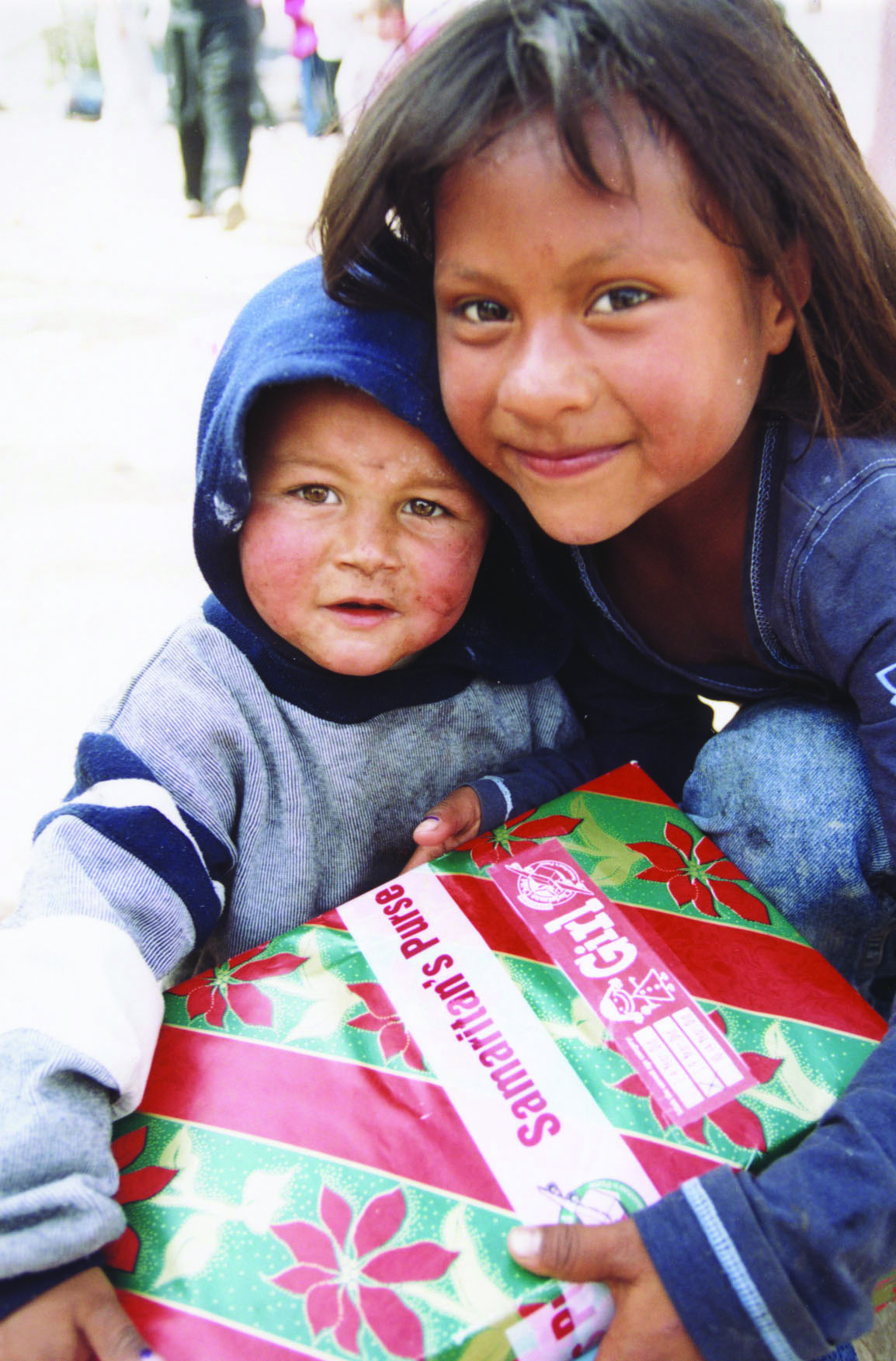 In the small town of El Llano in Hidalgo, Mexico, family photos are displayed on a handmade wooden table. Senior Juan Paredes Vera scanned the pictures during one of his weekly visits to the home, and he was drawn to a photograph of a Caucasian family amidst the array of tan faces.

Vera, a Mexico City native, was then in his sophomore year at Harding and easily recognized the stairs from the lobby of the David B. Burks American Heritage Building in the backdrop of the portrait. He turned over the photograph and read a note indicating the family pictured attended The River church in Judsonia, Arkansas.

The family from Mexico received the photo in a shoebox from Operation Christmas Child (OCC), a project through the Samaritan’s Purse, a Christian humanitarian organization. The project collects boxes packed with toys and necessities and distributes them for Christmas to children in more than 100 countries according to the Samaritan’s Purse website.

Vera handed out boxes to the family a week prior to discovering the photograph.

“I don’t think it was a coincidence, I think it was God,” Vera said. “I gave that box, and I study here, and I go to that church … And that really touched me.”

Vera works with La Casa de Dios la Buena Tierra (The House of God the Good Earth), an organization in Mexico City that ministers to families in three underdeveloped towns about two hours outside Mexico City. The group of approximately 12 people visit the towns every Saturday and tends to physical and spiritual needs. The organization receives OCC boxes and gives them to the children for Christmas.

“Every time you give a box, it’s an amazing experience because those kids just live to work,” Vera said. “They don’t play anymore; they don’t do kid stuff anymore because they have to work in order to survive … Most of them start to cry, and it’s just simple stuff that we can get easily in Wal-mart or wherever, and it’s a big deal for them.”

Sophomore Savannah Donnell is a member of The River church and has been packing boxes since elementary school. She provided and collected OCC boxes on campus last month to help students get involved.

“I really do believe in this ministry in that if you can change the life of a child, a door opens up to the family and (a door) opens up to the community,” Donnell said. “(OCC is) giving a gift to a child you may never meet, but you can make a big difference in their life.”

Sophomore Michelle Troeglen Balmaceda, a student from Guanajuato, Mexico, said she packed an OCC box this year because she received one from her church when she was 12.

“When I found out that I can do it here, it was amazing and a great way to give back, so I filled a box this year and I really liked it,” Balmaceda said. “I received one and I feel it was a blessing for me and for my family, so I wanted to do it for someone else.”

Balmaceda said she remembers receiving a toothbrush, a coloring book with crayons, toys and candy. She said she also liked the plastic container it came in and believes she still has some of the items at home.

“It was cool to know that someone was thinking about me,” Balmaceda said. “It was from another place in the world, and they cared about me and my church.”

Vera said families understand they are cared for when receiving OCC packages and are more receptive to hearing the message of Christ. He said OCC is a pathway to teach the Bible to people in the communities La Casa de Dios la Buena Tierra ministers to.

Vera said he has developed many personal relationships through the ministry. He plans to return home after graduation and build a ranch where children can earn income and develop a mentality for achieving productive goals.

A colorful booklet in the n ative language is included in the boxes given to the children. The national collection date for boxes was Nov. 23, though shoeboxes can still be built virtually at samaritanspurse.org year round.

“All of that starts with one shoe box full of toys,” Vera said. “That’s Operation Christmas Child for me – to open up the doors for people like me who really are trying to help.”

More than a gift giver

The most wonderful finals week of the year