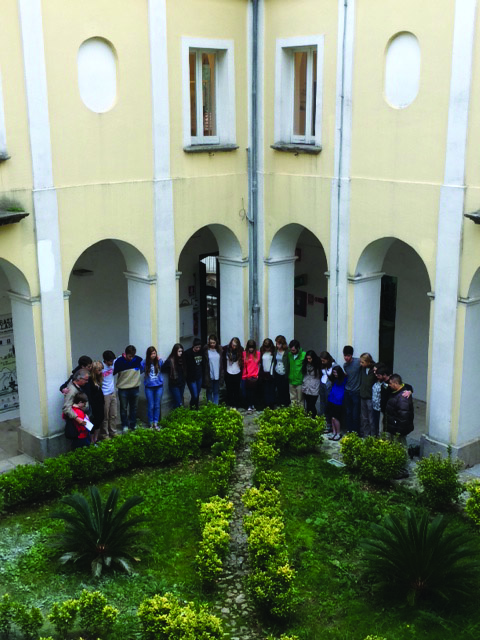 Students scheduled to study abroad in Paris next semester as part of the Harding University in Paris (HIP) program will leave at the end of January as planned, despite the terrorist attacks in the city on Friday, Nov. 13. Dr. Jeff Hopper, dean of international programs, said he is attentive to the safety of students studying overseas and the attacks did not frighten him.

“There’s a lot of concern, and I am just saddened when it goes to fear because that’s the exact desired result … of the people who do these horrific horrible things,” Hopper said. “They want you to be afraid, and create as much disruption as possible. We can give them what they want or we can do what the writer John in the Bible said, ‘don’t fear’…”

Tully, a federal law enforcement special agent, has experience with the U.S. Secret Service, White House and Foreign Mission Division. He said he is in constant contact with several government agencies for international safety such as the U.S. Department of State, Overseas Advisory Council and Diplomatic Security Service for Threat Intelligence. He also uses information from western European government alerts and his personal network of former agents to evaluate international program locations and travel plans for safety.

“My concerns are as they were before the incident: we should expect terror cell actions as ISIS and others have told us they would do,” Tully said. “This is a worldwide threat and while no one should live in fear, we should all not be in denial and be prepared to protect ourselves.”

Hopper said all international students are required to undergo safety training before leaving, including watching videos and taking a test over safety and security material, of which a perfect score is required to spend the semester abroad.

“While we need to live our lives fully and with confidence, we cannot be in denial of not only terrorists, but common criminals who, as we know, are also about,” Tully said.

Sophomore Jenny Delgado will attend HIP this spring. She said she first heard of the attacks on Paris from social media and stayed attentive for more information without making conclusions regarding plans for HIP.

“I was okay with whatever happened in terms of the study abroad trip (because) to me it was of secondary importance,” Delgado said. “Safety is important, but that was not the first concern for myself because I wasn’t there in the moment.”

Delgado said she is still excited to study abroad, and she is curious to learn how the attacks have affected Paris.

“I try not to think about all the little details about what could and could not happen; I just want to go,” Delgado said. “I don’t want to worry about things I don’t know or can’t really control.”

Tully advised students to be alert in all situations.

“Look out for each other and think like it is similar to defensive driving: you need to be aware and be prepared to react best to steer clear of danger,” Tully said. “Be a citizen of the world; read the news, be curious and observant. Please be confident and above all, refuse to be a victim.”