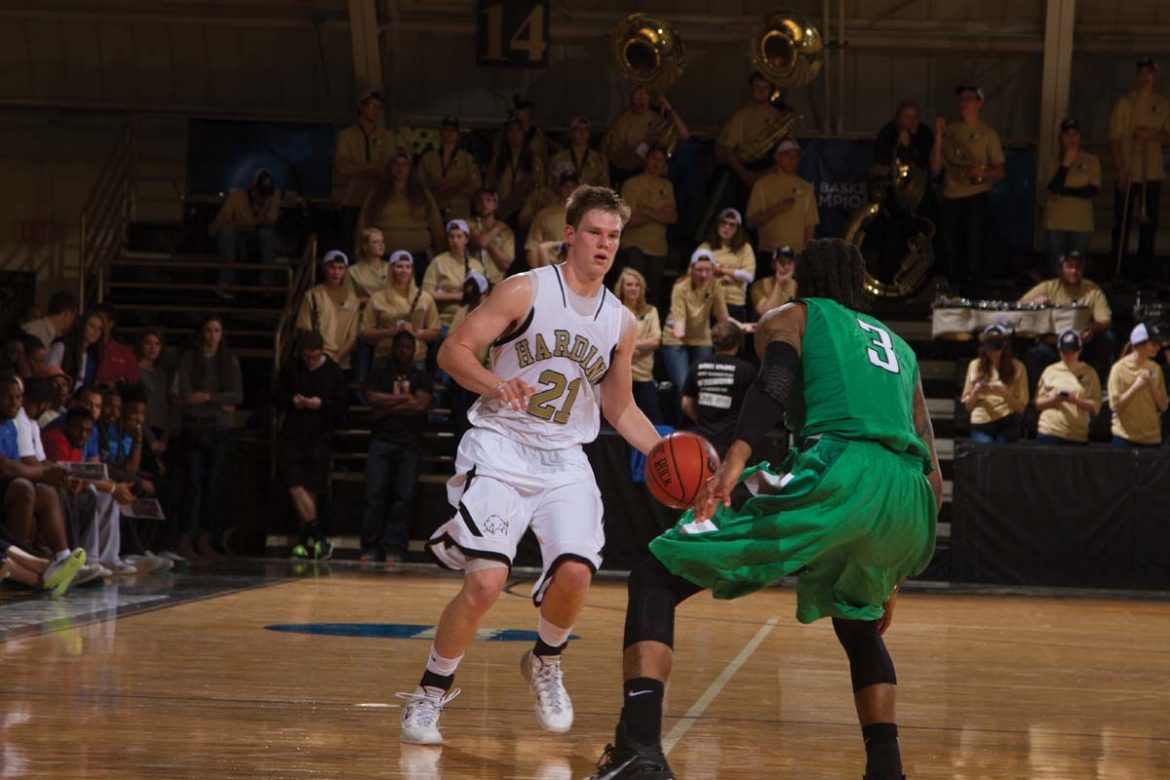 Head coach Jeff Morgan said he was proud of the way the team played, despite losing one of two.

“Obviously you love to go get two wins on the road, but getting the split was good for our team,” Morgan said. “I think we showed a great spirit of togetherness and to get that first conference game on the road was huge.”

The Bisons were led in both games by senior forward Andraz Kavas, who is averaging 26.4 points per game this season, but Morgan stressed the importance of getting outside shooters involved offensively.

“(Kavas) carries a big load for us scoring and he’s shot the ball great to start the year,” Morgan said. “He knows he’s going to be the focus of other teams’ defensive strategies and that’s why it’s going to be really important for the rest of our team to knock down open shots when they get the opportunity.”

Senior guard Blake McNair was 5-9 from the three-point line against NWOSU, the most three-pointers made by a Harding player this year. He, along with senior guard John Hudson and junior guard Will Francis, led the Bisons’ three-point attack last season, each shooting over .400 from behind the arc.

According to senior guard Jacob Gibson, the team’s second leading scorer in 2013-14, each player’s role is important, especially on the road.

“I think we get a lot of different contributions from different people making plays,” Gibson said. “We want to keep improving and be at the top of our game, and the rest will take care of itself.”

The Bisons, sitting at 1-1 in Great American Conference play, will next host back-to-back home conference games against Southern Nazarene University (SNU) and Oklahoma Baptist University (OBU). Morgan said the team is excited to be back at home but understands the challenge it will face.

“When we talk about putting ourselves in position to win a conference championship, we always talk about how we have to win at home,” Morgan said. “We have a great appreciation for how tough this league is, so it’ll be a great challenge.”

Harding took on SNU on Thursday, Dec. 3, in its first home conference game. The score was not available by press time. The Bisons will battle OBU on Saturday, Dec. 5, at 3 p.m. at the Rhodes-Reaves Fieldhouse.