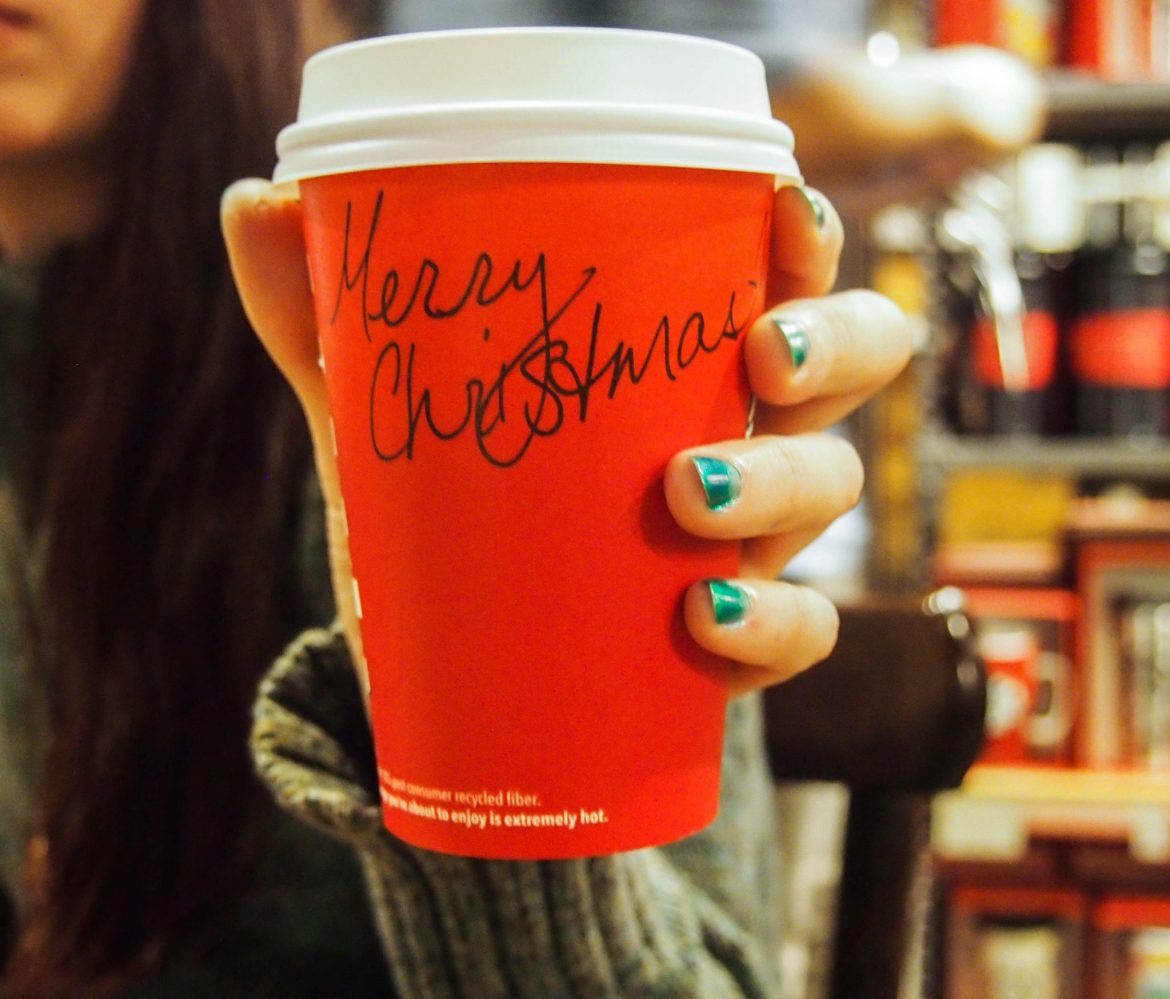 The buzz surrounding Starbucks’ red holiday cups continues to grow, but many are wondering why this has turned into a topic of discussion.

“Most people think this is funny,” said junior Becca Riley, a n employee at the campus Starbucks. Riley said she has never had a negative encounter with customers over the red cups, and that she thinks most Harding students are not bothered by them.

Junior Bridget Casey has worked at Starbucks for approximately 15 months and is currently employed at the newly opened Starbucks on Race Street. She has worked there since it opened in August.

Casey said she has not had any angry encounters that compare to anything that is virally circulating the Internet.

According to Casey, the only issue the Starbucks on Race Street has had with their seasonal cups is a few snide comments. She said customers have made comments like: “Oh you guys have the holiday cups now, not the Christmas cups?” she said. “But then they still order drinks.”

In the past, holiday-themed cups have included reindeer, Christmas ornaments, snowflakes, but never anything overtly “Christmas-y,” according to Casey.

These cups are a “nod to the past,” Casey said. The history of the red cups is found in the 1980s when Starbucks first came out with the holiday-themed cups. These original holiday cups were simple red cups, just like the cups Starbucks is using this year.

Casey said that to her knowledge, Starbucks has always supported Christmas.

“I think that if you think that Starbucks doesn’t celebrate Christmas, then you’ve probably never been in a Starbucks during Christmas time,” Casey said. “We have Christmas music playing, a Christmas blend of coffee beans, we sell ornaments and advent calendars.”

Sea World to phase out orca shows in 2016