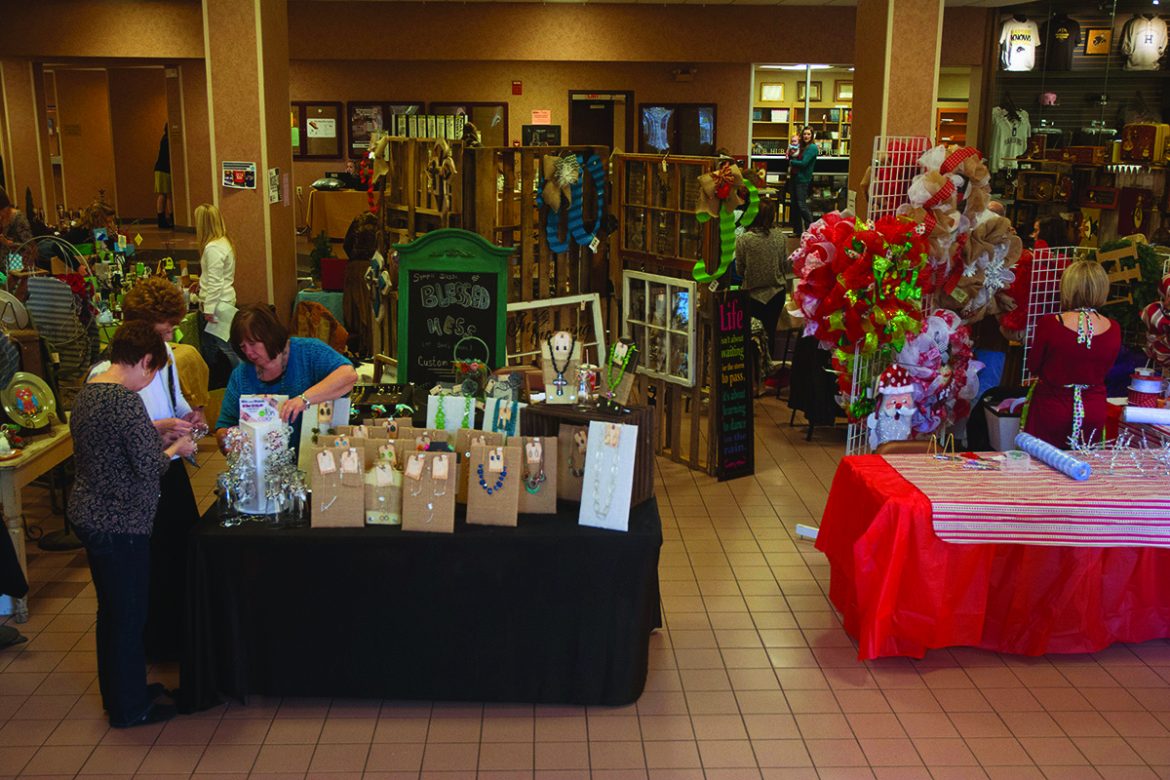 Since 1965, Women for Harding has provided students with need-based scholarships that are supported by fundraisers throughout the year. This weekend, the Women for Harding Fall Craft Fair will provide students and community members with an opportunity to get an early start on Christmas shopping this holiday season.

For the last two years, Women for Harding hosted the craft fair in the Student Center. This year, however, the craft fair will be hosted at the White County Fairgrounds and will feature 42 vendors, which is the largest selection of vendors since the craft fair began.

“There was a lot of interest,” Debbie Howard, president of Women for Harding, said. “I had a lot of vendors asking if there was room to join, and we really didn’t have any more room. People were just wanting it to be more of a craft fair experience, so that’s what prompted the move to the White County Fairgrounds. As soon as we moved it, I started advertising and we now have 42 vendors with a waiting list of five or six wanting to join us, and we don’t have room to add them.”

The craft fair’s success is evident by the increase in vendors from seven two years ago and 20 last year. According to Howard, the craft fair offers a wide variety of affordable items and crafts for students and the Searcy community alike.

“There are very trendy things that are going to be sold,” Howard said. “We’re not talking about crocheted doilies to put on the back of the commode — it’s not your grandma’s craft fair — it’s something that will be very popular with any shopper no matter what their decorating style is.”

Hosting the event at the White County Fairgrounds provides Women for Harding a unique opportunity to reach into the Searcy community, according to Howard.

“This is just another opportunity for Women for Harding to work with Searcy businesses and different people to make Searcy a better place, and also to be in partnership with the community,” Liz Howell, Vice President for alumni and parent relations, said.

“The fact that the ladies take time to fundraise money and help students out with school, that’s really a blessing,” sophomore Eddie Musani said. “I’ve tried to participate in as many volunteer works as I can just because I can’t pay them back, but the most I can give them back is my time.”

With Christmas music playing and new food vendors like Bailey’s Pizza and Daisy’s Lunchbox cooking and baking, Howard believes the atmosphere will put everyone in the mood to shop.

“There’s a lot of stuff, I’ll tell you that, ” Musani said. “Even if you don’t particularly think that there’s anything that you need from the craft fair, I would say just go ahead and go there and find out.”