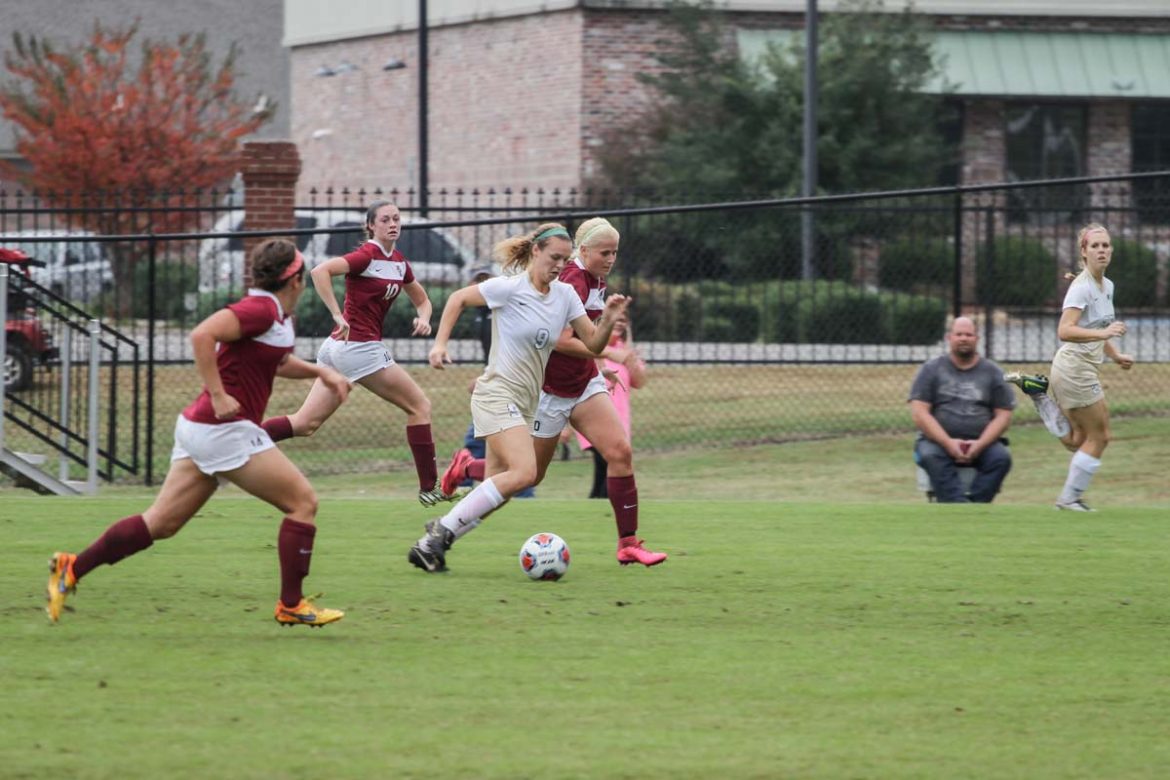 As the final seconds of the Great American Conference (GAC) Championship ran down, senior defender Larkin Hatcher glanced at fellow senior defender Ellie Buttram with tears in her eyes.

“I looked over at Ellie,” Hatcher said. “We were both crying because we knew we had done it.”

Soon after, the two joined the rest of the Lady Bisons soccer team at midfield to celebrate its first ever GAC Tournament title after a 5-3 win over Southwestern Oklahoma State University (SWOSU).

“There are no words to describe it,” Hatcher said. “(Buttram and I) were just so proud and happy that as a team we finally achieved something after working so hard for four years.”

Buttram said she and senior goalkeeper Kaitlyn Miller shared a similar moment as the reality of their championship victory sank in.

“After going through some rough seasons, to get a ring is a great feeling,” Buttram said.

The Lady Bisons controlled play early and took a 2-1 lead into halftime behind goals from freshman defender Mika Richards and freshman midfielder Bethany Sutherland. However, back-to-back SWOSU goals gave the Bulldogs a 3-2 lead midway through the second half.

According to Hatcher, despite facing its first deficit of the tournament, the team never doubted its ability to fight back.

“We just didn’t let (the deficit) affect us,” Hatcher said. “We knew we came there to win and that’s what we were going to do.”

Senior midfielder Audrey Adkison tied the game at 3-3 with a goal in the 73rd minute. Seconds later Richards scored from 35 yards out to give the Lady Bisons the lead for good.

Buttram said the team’s confidence made the difference.

“We had in our minds that we were the better team, and we were going to win,” Buttram said. “I think the belief we have in ourselves and each other is the only reason we won.”

The victory guaranteed the Lady Bisons a berth in the NCAA Division II Women’s Soccer Tournament, the first since 2004. Today, the team will take on Augustana University in Mankato, Minnesota, in the first round of the NCAA DII tournament.

According to Buttram, the team is just focused on continuing to improve.

“We try to focus on ourselves and be the best we can be,” Buttram said. “When we are the best version of ourselves, teams have a hard time controlling us.”