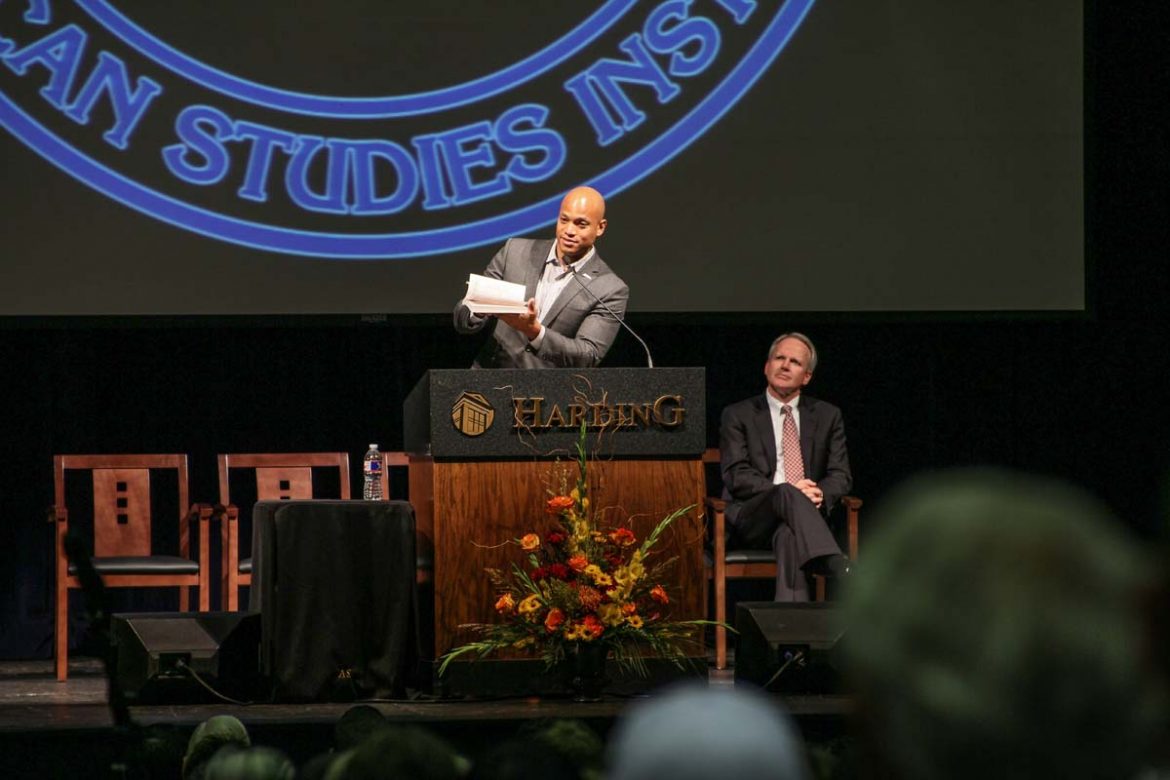 The American Studies Institute concluded this semester’s Distinguished Lecture Series on Nov. 3 with speaker Wes Moore. After serving as an army captain in Afghanistan and a White House Fellow, Moore garnered attention as an author with “The Other Wes Moore.” A New York Times bestseller, the book compares and contrasts Moore’s life, success and failure with those of another man with the same name, who is currently serving a life sentence for the murder of a police officer.

Moore’s presentation, titled “Potential for Education for Transformational Impact,” explored the college experience and the catalyst of success. The presentation built on the idea of “the other” presented in his book, and the support that led him down a path greater than that of the other Wes Moore.

Through his organization BridgeEDU, Moore hopes to reinvent the freshman experience. In his presentation, he challenged what he perceives as the traditional definition of higher education, particularly the emphasis on field of study. Moore asserted that the ultimate value of a college education is found in the difference it can make for others.

“I’ve now finished my undergrad experience 14 years ago, and nobody ever asks me anymore, ‘What did you major in in college?'” Moore said in his presentation. “‘What is your major?’ is not the most important question that you will ever be asked. ‘Who did you fight for?’ is. Who did you stand up for when it wasn’t easy?”

“What we do to fight and advocate and push for all ‘the others,’ it matters,” Moore said in his presentation. “That’s who we fight for. The people who need and deserve a champion. The people who our society will be defined by. And that becomes the role of higher education. Because higher education will never simply be about the grades … (but) about your ability to set a direction for your life and know that that direction means nothing unless other people are being brought along with you.”

According to Moore, the gap between potential and opportunity is often where the greatest difference is made.

“I am a very firm believer that potential in this country is universal, but opportunity is not,” Moore said in his presentation. “And the space between those two – between potential and where we all end up – is where we all collectively can come in.”

For Moore, it was his grandparents who made the difference in his life. Moore was by his own admission a difficult child, and his mother threatened to send him to military school – threats that were ultimately empty as she could not afford the tuition. One year, Moore’s grandparents re-mortgaged their home to cover the cost. It was this school that gave Moore a sense of purpose.

“There are not enough ‘thank yous’ in the world for them to understand how much I appreciate them,” Moore said in his presentation. “I know that my story is not my story had it not been for them loving me and believing in me … They held my dreams up long enough until my shoulders became broad enough that I could carry them on my own.”

Sophomore Tommy Lynn said the presentation helped him realize the greater message of “The Other Wes Moore,” as well as the true impact and calling of another person’s struggle. “It sums up more than one story about one person who’s successful and one who’s a failure,” Lynn said. “I think it complements the whole story of us as a society – what are we going to do when one of us is failing and one of us is succeeding? To what lengths do we go to help our neighbor? It’s not just the ‘other,’ it’s our brother and our sister.”

To our freedom fighters: A Veterans Day tribute