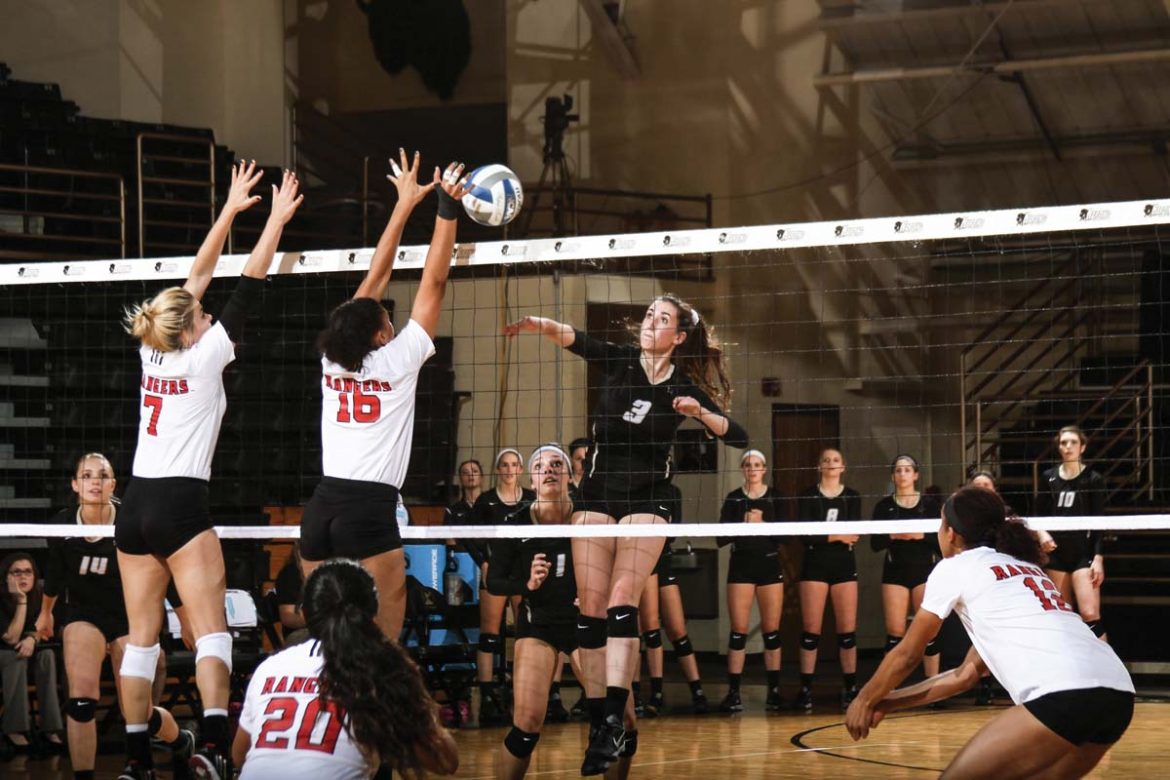 After falling 3-1 to Oklahoma Baptist University (OBU) on Oct. 23 and 3-0 to Southern Nazarene University (SNU) on Oct. 24, the Lady Bisons volleyball team is looking forward to the remainder of the season and the Great American Conference (GAC)

“With OBU and SNU being travel partners, we have to play them back-to-back, so that is always tough,” head coach Meredith Fear said. “It’s hard playing in someone else’s gym, but playing two of the top teams in the conference back-to-back makes it that much harder.”

Freshman middle blocker Zoe Hardin said overcoming the team’s youth has been a challenge, but the team is adjusting and finding its niche.

“One of the biggest struggles we’ve had to overcome this season is being a young team,” Hardin said. “I feel that competing against the high-level teams that we have seen so far will only help prepare us for what is to come. We have enormous potential, and I believe that we are just now beginning to unleash it and bring all the pieces together.”

Fear said that the weekend’s close losses are reflective of how the season has gone for the team so far this year. With most of the team’s losses being within two points in each set, Fear said the team needs confidence in the final points to close out sets.

“Our focus is now shifting to the conference tournament,” Fear said. “What’s important is getting ourselves playing good, confident and high-level volleyball in preparation for the tournament.”

The team, whose record is now 12-13, has faced a trying season as compared to past seasons.

“Finding that intrinsic motivation is such a huge part of making sure they play their best ball at the tournament,” Fear said.

Senior outside hitter Molly Howard and Fear share similar goals heading into the remainder of the season.

“My goal is to avoid the mid-season burnout and to keep my team hungry for a championship,” Howard said. “We may not be able to clasp the regular season championship, but we still have a conference tournament coming up which can take us to the NCAA Tournament. That’s where our focus lies now.”

Fear spoke highly of Howard’s efforts this year, and said she has taken the young team on her shoulders. Fear described Howard, the lone senior, as a crucial part to the future success of the team and program.

“In Molly’s first three years, we had a core group of girls that played and performed really well,” Fear said. “Now she’s a senior in that transition to a new core group, and I hope that she knows that as our success and growth continues in the next several years, she’s a big part of making that happen.”

As Howard prepares for the final weeks of her college volleyball career, she offered advice to her fellow teammates about soaking in every moment.

“Make sure that every time you come to practice, whether it be in off season or during season, that you work your hardest,” Howard said. “Enjoy every precious moment you have on this team. Next thing you know you’ll be a senior with only four weeks left in the season.”

On the Oct. 27 win against Texas A&M University – Commerce 3-1, the team hosted “Pink Out Night” to raise funds for Scout Rogers and her family. 12-year-old Rogers is battling Ewing Sarcoma, a rare form of bone cancer. The team has been raising funds all season by selling shirts and baked goods. During the “Pink Out Night,” the team auctioned off its pink jerseys, with the grand total of proceeds going to the Rogers family totaled $760.