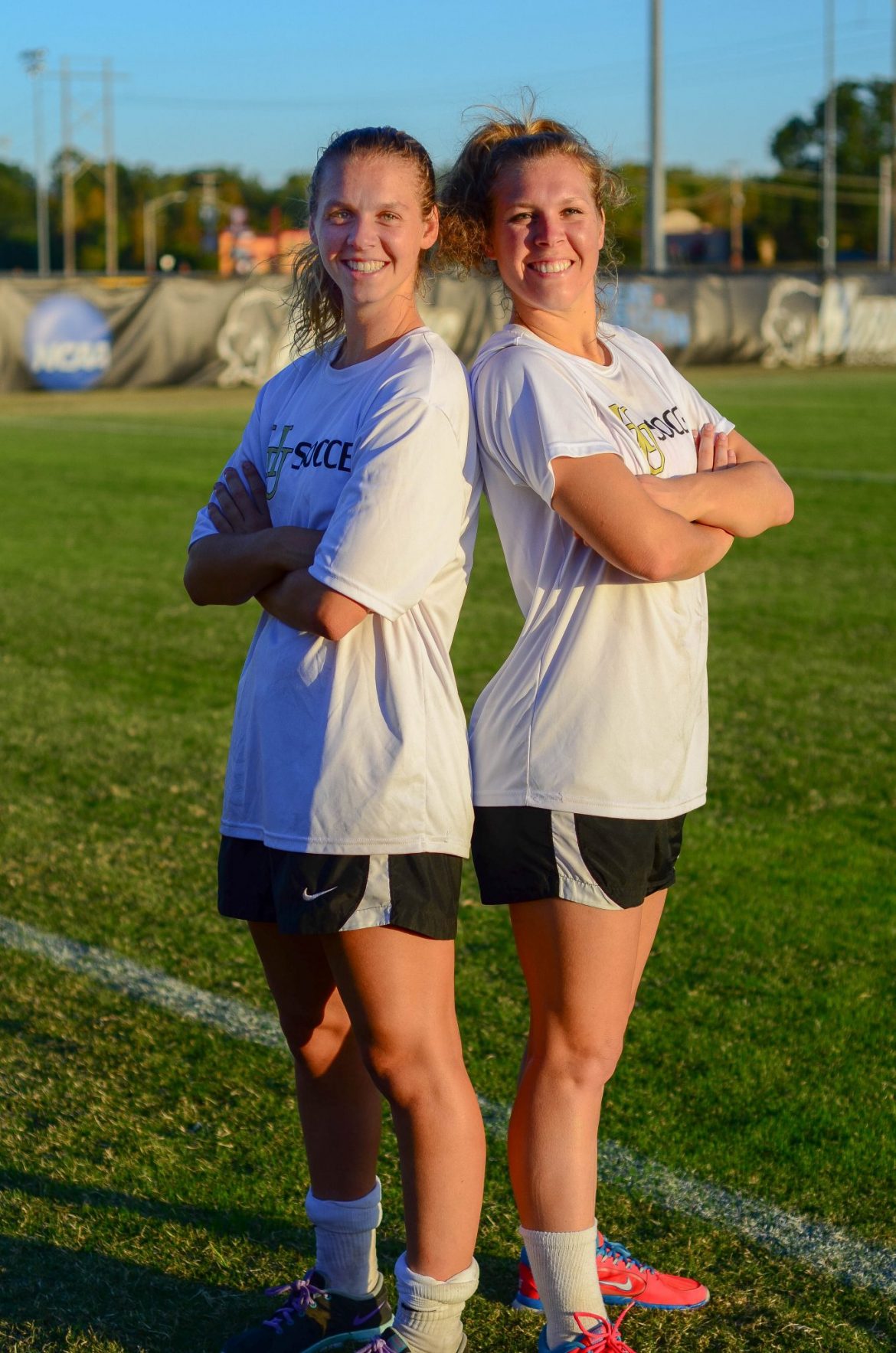 Sisters Melita Sutherland and Bethany Sutherland began their soccer careers together at ages 6 and 4, respectively, playing on a team named the “Purple Puppies.” This year, the duo is continuing the tradition on the women’s soccer team.

“We’d do one-on-one against each other all summer,” junior defender Melita Sutherland said. Melita said that she waited in anticipation over the summer knowing that freshman midfielder Bethany, would be joining her on the team this semester.

“Those two just work extremely well within our team system,” head coach Greg Harris said. “It’s neat to be able to have them both at the same time, for two years together.”

Melita said she was excited when her sister decided to follow her footsteps and come to Harding because of how much fun they had playing together in high school.

Playing at the college level has proven to be a great thing in more ways than one, according to Bethany. The chemistry that the sisters share is something Bethany said she lacked in high school after Melita left for college. Now that they are back together, they are trying to take advantage of every moment. The pair has already connected several times this year for goals, which Harris said was exciting to watch.

“They’ve had a couple of assists and when they do, it’s beautiful,” Harris said. “I’ve prayed about all of my recruits and we’re blessed that those two sisters have decided to come to Harding.”

The Lady Bisons have not lost a game since Sept. 6. The Sutherland sisters are one of the biggest reasons why. Bethany has scored 14 goals in 14 games this season, three goals shy of the Harding program record for goals in a single season, which is currently 17. Melita has scored a goal and added four assists to lead a defense that has only allowed three goals in their last 10 games.

Harris said that a big part of the team’s success this year has come from their motto, Philippians 2:1-4. They have been striving towards humbling themselves and lifting up the girls around them, which is something Harris said the Sutherland sisters exemplify.

“That means a lot when you have young ladies who are willing to give of themselves to the purpose and cause of the team,” Harris said. “That’s what this is all about for us.”

Volleyball splits with NWOSU and SWOSU