Home Lifestyle ‘The Martian’ surpasses expectation, out of this world

‘The Martian’ surpasses expectation, out of this world 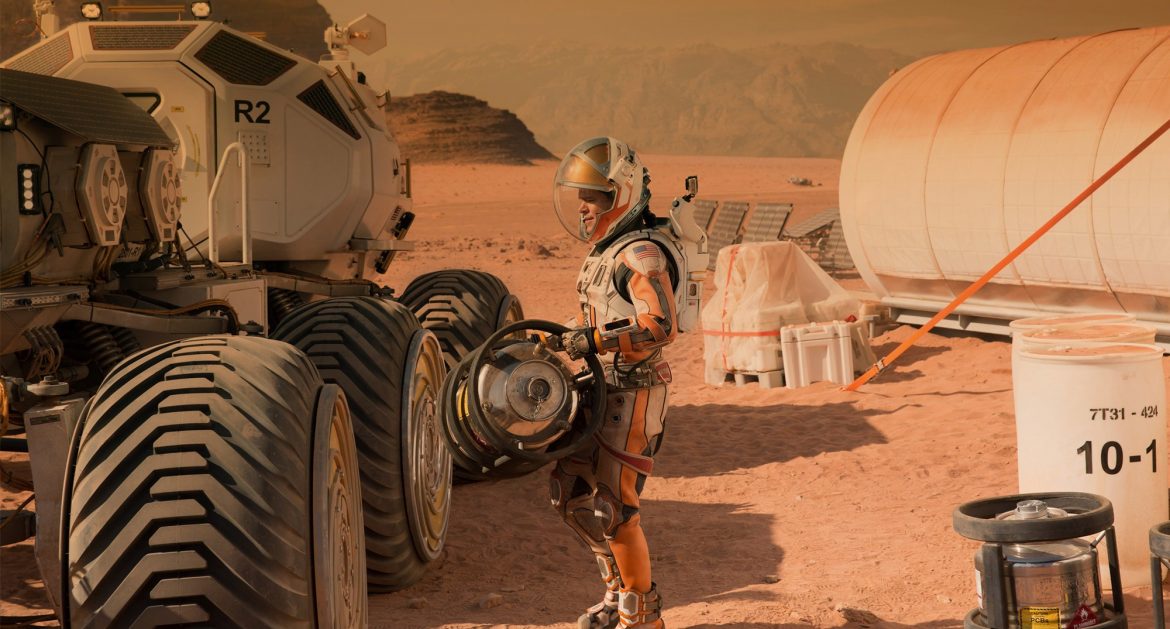 When a violent dust storm threatens the Ares 3 crew on Mars, botanist-turned-astronaut Mark Watney is struck by debris and presumably killed. With the rest of the crew still in danger, mission commander Melissa Lewis is forced to make the tough call and evacuate the planet. Unbeknownst to the Earthbound astronauts, Watney survived, and is now alone on one of the most inhospitable places in the galaxy.

Thirty-three million miles away, NASA discovers that Watney is alive on Mars, and immediately begins researching ways to contact and resupply him. Meanwhile, Watney faces the challenges of finding food and water on the desolate planet while waiting out the three years until NASA’s next mission to Mars.

Matt Damon stars as protagonist Mark Watney, and performs in his role terrifically in this PG-13 film. Damon portrays Watney as a remarkably likable person, a charismatic, everyday man who sees the positives in his situations without being obnoxiously optimistic. Damon perfectly reveals the vulnerable side of Watney as well, building on his growing anxieties and fears as the film places him in increasingly tense and dangerous situations. This presents him as a layered character audiences can care about for reasons besides his “being the protagonist.”

The supporting cast is equally brilliant in their roles, providing performances that ensure the scenes set not on Mars are as fun and enjoyable as they are tense and meaningful. Jessica Chastain is perfect as Melissa Lewis, the Ares 3 crew’s hardened yet caring mission commander. The rest of the astronaut crew, comprised of Michael Peña, Kate Mara, Sebastian Stan and Askel Hennie, are charming and believable, providing great chemistry with Watney despite minimal on-screen contact with him.

Jeff Daniels and Sean Bean provide dramatic weight as the head of NASA Teddy Sanders and NASA mission director Mitch Henderson, respectively. However, the most engaging supporting performance comes from Chiwetel Ejiofor, who excels as Vincent Kapoor, another NASA mission director. Ejiofor contributes both heft and humor to the role with perfect timing and incredible execution. Other supporting characters, such as ones portrayed by Kristen Wiig and Donald Glover, are not as layered, but are serviceable enough to round out the scenes on Earth.

Mars itself is crafted into a character, an antagonist of sorts in this twist on the man vs. nature story.

“The Martian” delivers on nearly every level. Essentially “Castaway” meets “Apollo 13,” the film explores the themes of the fighting human spirit and never giving up, while providing upbeat humor wittier than that found in most modern comedies. A masterful director, skilled writer, and brilliant cast help create a cinematic experience that is more character-driven than “Gravity,” more intense than “Interstellar,” and simply out of this world.