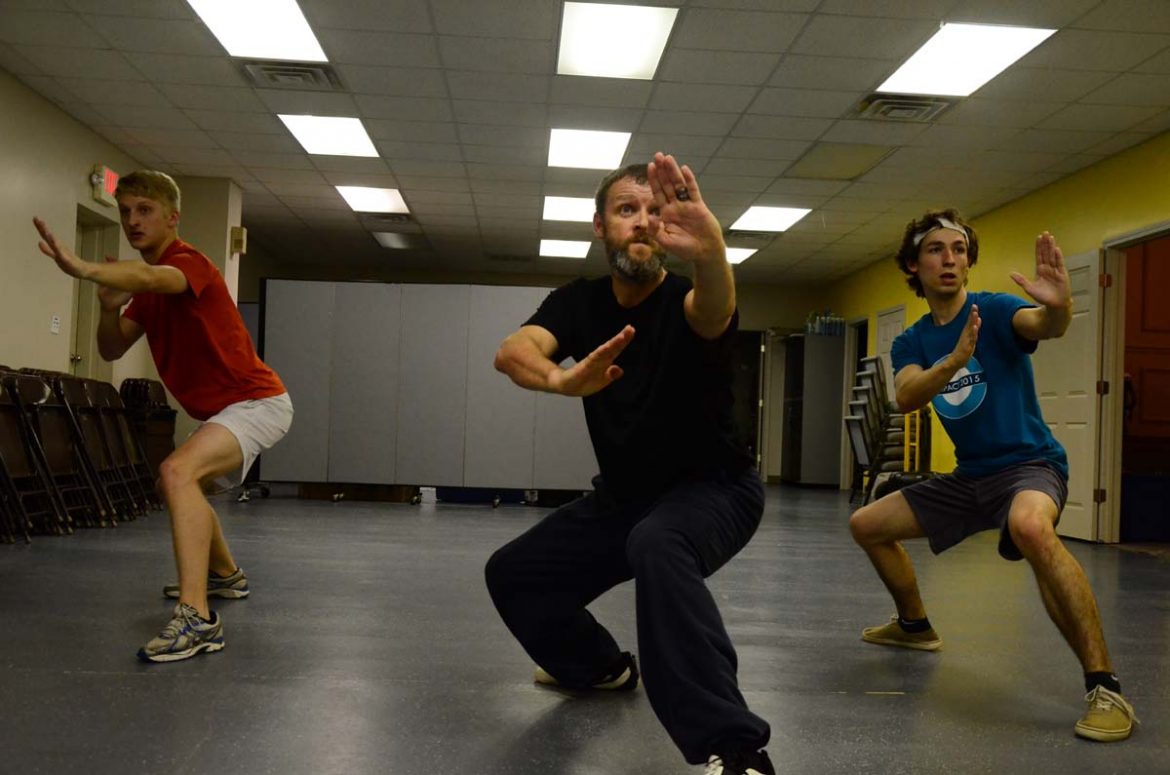 Youngblood said he strives to combine Biblical principles with Kung fu in his classes.

“It’s the greatest combo in the world,” sophomore Graeme Gastineau, attendee of Youngblood’s Kung fu class, said about the combination of Kung fu and the Bible.

Youngblood said he hopes to teach students to defend the weak and to take a hit without retaliation.

“I know how to respond to an attack in a way that is appropriate from a Christian perspective,” Youngblood said.

Youngblood said his martial arts training began at nine years old when he started Judo. He switched to Kung fu at age 10.

Not only has Youngblood been learning and practicing Kung fu from a young age, but he has also taught it since he was 15 years old, he said.

When Crenshaw approached Youngblood about teaching a Kung fu class at Impact 360, it provided an excellent way to contribute to the community, according to Youngblood.

“I like what it does for students,” Youngblood said. “I like the discipline that it instills in students and the self-control that it gives to them.”

Youngblood recruited Gastineau to be a part of the class at a Bible majors’ cookout at the end of the 2014 spring semester, Gastineau said.

According to Gastineau, he was twirling a stick and Youngblood approached him and said “you’re doing it wrong.” Youngblood proceeded to show Gastineau how to properly use the large stick as a weapon, all while holding his baby son in the other arm.

Gastineau is not the first in his family to learn the art of Kung fu. Gastineau’s father learned Kung fu from Youngblood while they attended school together at Lipscomb University. Gastineau said “he is living through that legacy.”

Gastineau soon became involved in Kung fu, and said he benefits from it in more ways than just the exercise.

“As Christians we discipline ourselves in different Christian practices so that in times of crisis, those practices will become second nature,” Gastineau said.”Likewise we learn Kung fu to discipline others, to fight just enough to protect yourself and protect others.”

Youngblood teaches a beginner-level Kung fu class on Tuesday and Thursday evenings. More information can be found at impact360online.com.

Lady Bisons golf shoots best round of the year