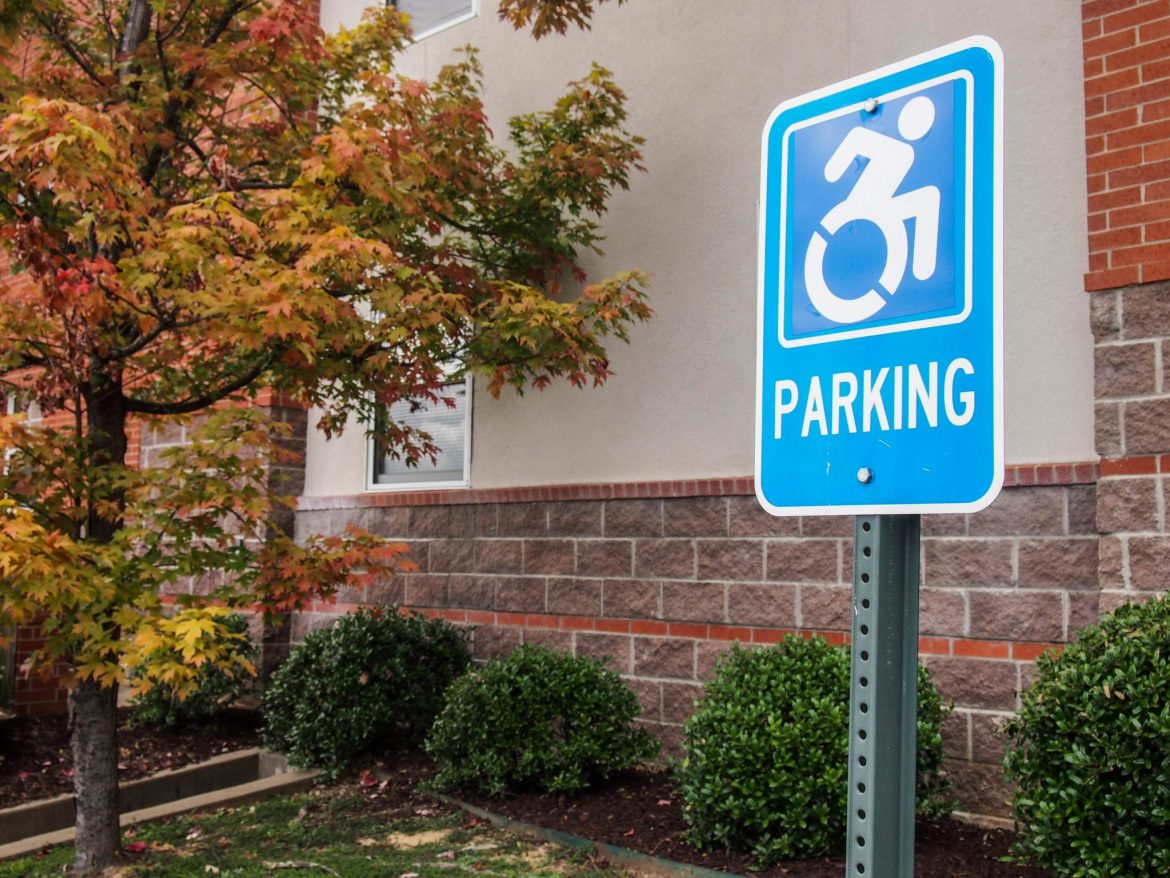 Harding is one of the first establishments in Arkansas to join the Accessible Icon Project by converting the old “handicap” emblem to the new “accessible” icon.

The transition from the old to new emblem began during the summer of 2015, according to Deputy Director of Parking and Transportation, Wayne Westerholm.

According to Westerholm, the idea to upgrade the signs on Harding’s campus was conceived in Sept. 2014, when the administration mentioned that Gordon College, a Christian college located in Wenham, Massachusetts, recently converted to the accessible icon.

After researching the design, Westerholm found the change to be a viable option and, with the administration’s approval, began the transition.

“The initial focus was on the areas where people are most active, but we will continue to repaint the parking slots with the new emblem over the next year or so,” Westerholm said.

As the transition continues, it will not have any major affect on Harding’s campus, according to Westerholm.

“There is no impact to the campus as we are not adding or taking away handicap parking, we are only changing the emblem,” Westerholm said. “I believe the only change is in the way we perceive those people who have ‘disabilities.’ Many people who have disabilities can do the same things that we can, they may just do it a little differently.”

Many on campus, including Tim Cox, the Creative Coordinator for Public Relations, have warmly received the emblem change. Cox hopes Harding’s switch to the new design will inspire other organizations across Arkansas to do the same.

“I love the idea of switching, and to have Harding be the first in Arkansas to switch and hopefully be an example to not just Searcy but to Arkansas as a whole to also make the switch,” Cox said.

According to www.accessibleicon.org, the official website for the new emblem, the Accessible Icon Project began in 2010 as a street art campaign that posed questions about disability in the built environment and in democratic societies. The project began in New York, and in 2013 was accessioned by the state’s Museum of Modern Art for its Architecture & Design permanent collection.

Since then, the new design has gained much attention continues to spread across the nation.

“I love this idea both as a paraplegic and a graphic designer,” Cox said. “I think the design is beautiful, it shows that life is not over if you are disabled.”

For more information about the Accessible Icon Project, visit www.accessibleicon.org.