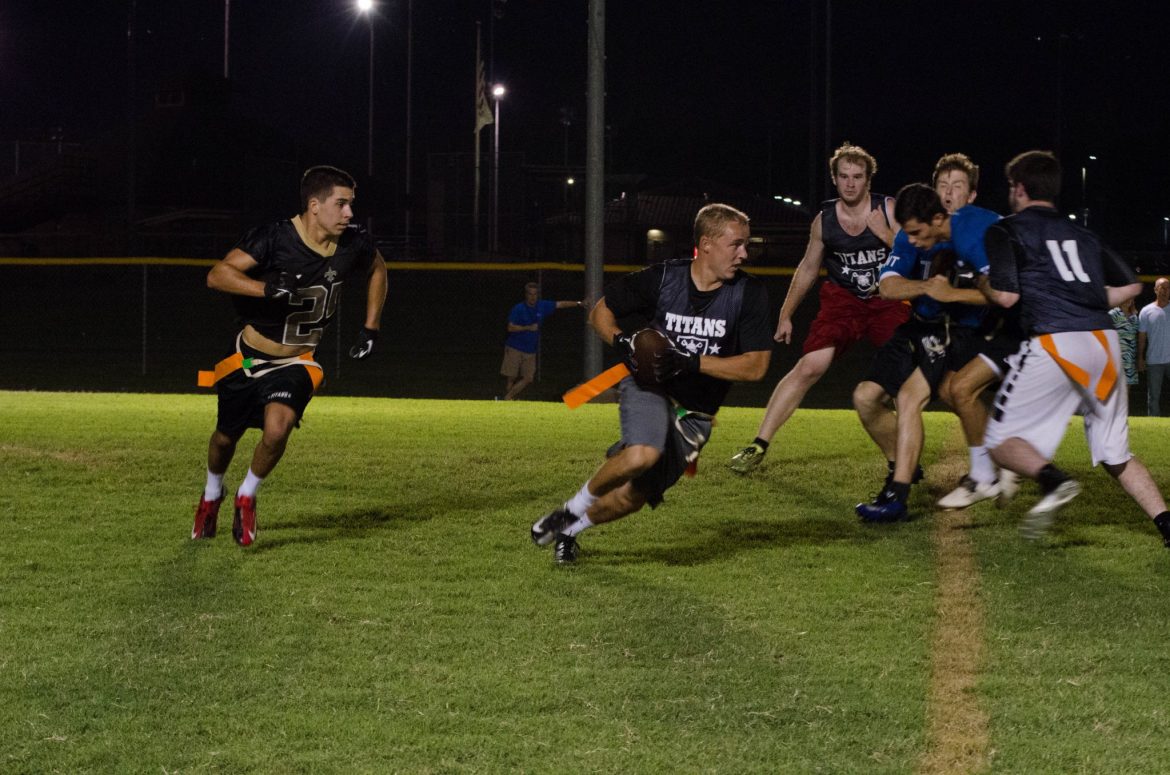 The action started early with TNT scoring on the first drive. After a big third down run from junior quarterback Dylan Sherrill, senior Zach Abney successfully laid out for a pass after tipping it off his foot to put TNT in scoring range. Sherrill followed up with a completion to junior Josh Holland to put TNT up 6-0.

After several defensive stops from both teams, TNT found momentum after senior David Salley sacked Titans sophomore quarterback Chad Parker on fourth down. Taking over after the turnover-on-downs, Sherrill broke off another huge run, only to be called back for holding. He took off again on the next play, however, running the ball to the 1-yard line. Sherrill then completed a shovel pass to senior Tucker Lloyd for a touchdown. Junior Clayton Pankey broke up Sherrill’s 2-point conversion pass to keep the game at 12-0.

Titans began to pick up steam near the end of the first half when senior Ross Harrison made a tip-toe catch on the sideline to move the offense into scoring territory. Abney quickly turned the game back around, however, intercepting Parker’s pass to give TNT the ball with 15 seconds left in the half. Sherrill completed a long pass to sophomore Trey Davis for a touchdown, and senior Dillon Holsonback caught the 1-point conversion to end the half at 19-0.

The remainder of the game was dominated by defense on both sides, with neither team scoring in the second half.