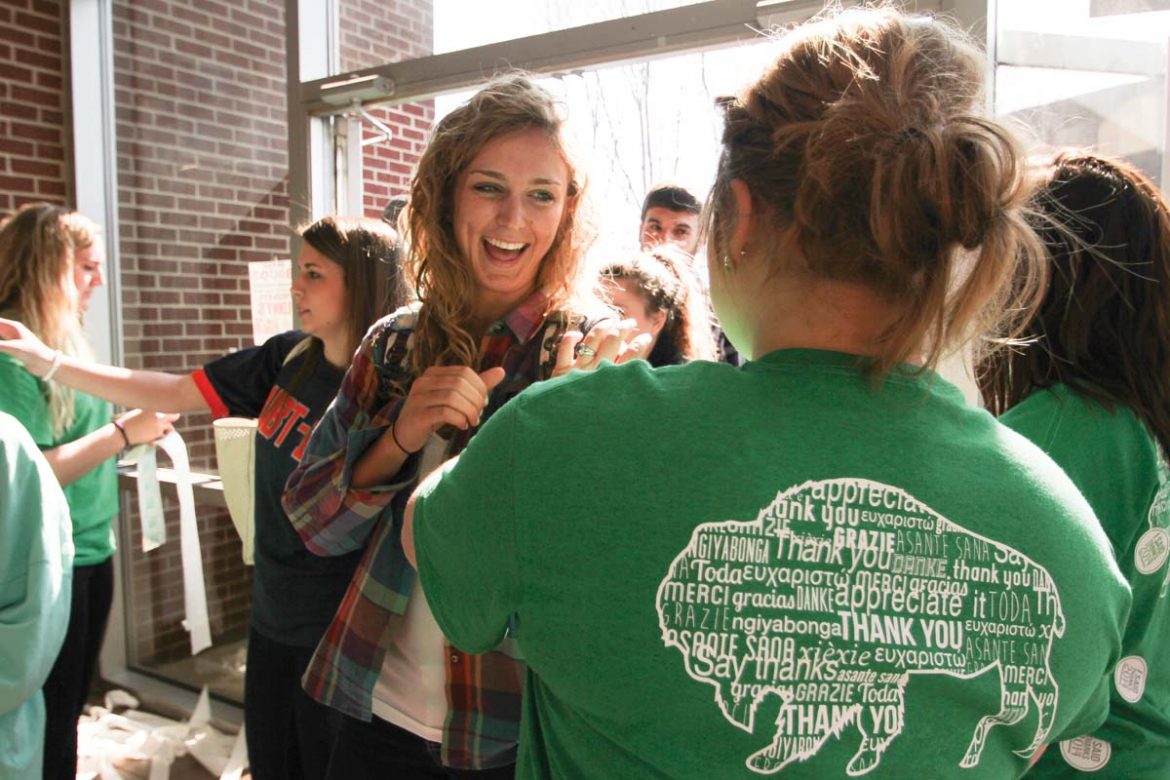 Months of preparation, hours of practice and new show ideas will soon come to life in just two short months at Spring Sing 2015. This year’s theme is “Famous for Fifteen,” which will focus on what fame is.

Women’s club Delta Nu is performing independently for the first time this year. Delta Nu has created an original storyline with hippies as the theme. The show has two directors, sophomores Micaleigh Coleman and Emily Ann Braziel. While both directors have multiple roles, Coleman focuses on music while Braziel focuses on the choreography.

Clubs are only allowed six hours of practice a week, but the hosts, hostesses and ensemble have a different schedule. Junior Jesse Hixson said on average, the hosts and hostesses spend 13 hours a week rehearsing with ensemble and mic-stand singers.

“The biggest challenge to being a host is certainly the amount of time we put in to make sure that it all comes together by show time, but the rewards far outweigh that,” Hixson said. “Getting to work with the most talented dancers, singers and production team on campus is an incredible blessing, and then getting to perform with them forms a bond that really compares to nothing else.”

Junior Alaina Galbier, former Spring Sing participant and director, said she is looking forward to being on the other side of the stage this year. While Galbier said she is excited to relax, she also remembers what it was like for those behind the curtain and shares her advice with them.

“Be as organized as you can be from the get go, because if you are not organized, people will pick up on it and you’ll have a hard time reeling things in,” Galbier said. “Don’t be afraid of change. If you don’t like something, don’t settle for it, because ultimately it’s your baby and you gotta love what you’re putting on that stage or otherwise you’re going to be disappointed in yourself.”