Home Sports Bisons look to rebound after loss to Henderson

Bisons look to rebound after loss to Henderson 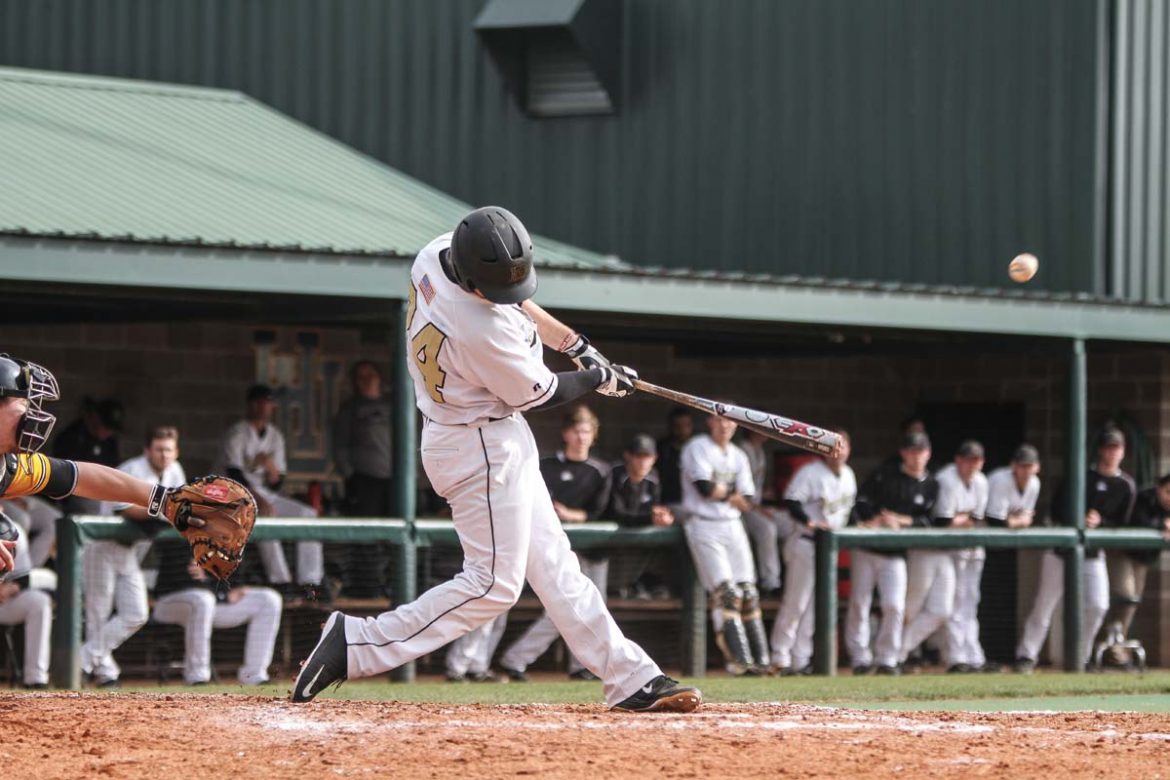 The baseball team has suffered four defeats this season, putting them at 5-4.

The Bisons faced Henderson State University (HSU) in a Great American Conference (GAC) showdown this weekend with a three-game series, Saturday being a doubleheader.

The Bisons came away with a 3-0 win on Friday, Feb. 13, but were swept on Saturday’s doubleheader losing 3-10 and 1-4. Giving the three game series to HSU.

Back in the game for the Bisons this past weekend was junior Collin Campbell, who pitched in the win on Friday. Campbell is back after recovering from a pulled oblique muscle.

“It’s doing a whole lot better,” Campbell said. “It’s not back to 100 percent yet, but it didn’t give me any problems Friday, but I’ll be ready to go this Friday again.”

Head coach Patrick McGaha said he was thankful for Campbell’s recovery. However, he said there is still a lot of work to be done.

“Collin Campbell pitched an outstanding ball game on Friday,” McGaha said. “We had two missed plays in that sixth inning of that second game that kind of hurt us, but it’s just a bad weekend. We gotta come back to work on Monday and work on getting better and get ready for the next challenge.”

Campbell said he agrees that things could have been better.

“I’ll say it was for sure an off weekend for us, we didn’t play very well, for sure not what we’re capable of playing,” Campbell said. “Hopefully we can turn things around and get back to the way we normally play.”

The team did come away with one victory this past weekend, which senior pitcher Josh Spears said makes for a good weekend anytime you can get a win on the road.

Despite their losses, Spears said the team still has a lot of energy for the rest of the season and high hopes for upcoming games.

“We’re learning, we’re getting better, working hard and that’s sort of our brand of baseball that we play,” Spears said. “Throughout the rest of the season, it’s going to be a beneficial weekend for us to be able to learn from mistakes and to be able to get some of those mistakes out of the way early in the season in order for us to build momentum down the stretch.”

Early on the team is 1-2 in conference and 5-4 overall, putting them seventh in GAC standings. Bisons next home game, weather permitting, is today against Ouachita Baptist University at 2 p.m. Check www.harding sports.com for updates on this afternoon’s game.

A bug by any other name