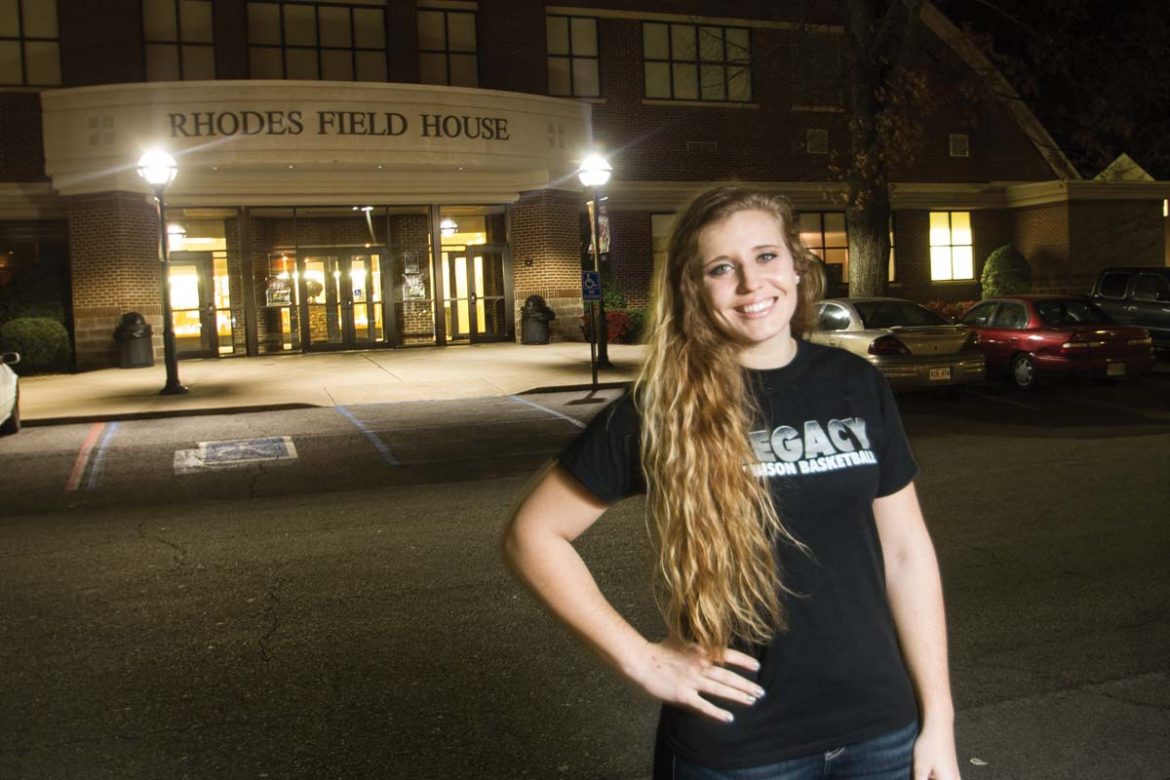 A 4.0 student, aptly often referred to as ‘A’, by her teammates, senior Arielle Saunders puts the ‘A’ in academics and athletics; this girl is simply amazing.

“The irony of a simple nickname of just one letter is ironic because she’s such a statistical player that she fills up the stat-sheet in so many different areas and is in the top 10 of all these different All Time Rankings at Harding and in the Great American Conference,” assistant coach David Walker said.

Saunders is a senior studying psychology, but outside of the classroom she has been able to analyze and execute an A-game, which has allowed her to set and break a number of records.

She is also in the top 10 for: rebounds, rebounding average, games started, minutes played, field goals made, assists, points and field goals attempted.

“She’s one of those players that every coach searches for,” head coach Tim Kirby said. “She’s very coachable, she knows what our team needs. She’s very unselfish — she’s 100 percent team.”

Saunders developed her love for the sport when she started playing basketball in the fifth grade after being persuaded by some of her peers.

“I actually had no interest in sports or anything when I was a kid, and then some of the girls in my grade asked me to play,” Saunders said. “I had never done it before, but I was tall so they wanted me to play.”

Standing at 6-foot-1-inch, Saunders said that she has learned to embrace her height and use it to her advantage on the court.

Saunders brings more than the ability to win to the team; she also brings a sense of belonging and compassion for her teammates.

“She’s like the mom of the team I guess you could say,” freshman forward Sydney Layrock said. “She’s really nice and she has really taken us under her wing and checks in on us even outside of basketball just to make sure we’re not homesick.”

One person who has made an impact on Saunders is her high school coach Kimberly Wilson Jenkins, a former Lady Razorback. Both Jenkins and Saunders sported the number 32 on their jerseys.

Jenkins passed on a pair of earrings from her dad to Saunders and now Saunders wears them in every game.The earrings bear the No. 32.

Saunders enters a game with a certain routine that a lot of players have called superstition.

“I’m very superstitious,” Saunders said. “I have a specific playlist I like to listen to and just sort of read my scouting report while I do that and kind of mellow out. If we have a home game we actually always go to Firehouse, so that’s what I do every time.”

If Saunders keeps up the momentum that she’s had, Kirby said that she will become the third player in Harding history to score 1,000 points and grab 1,000 rebounds in her career.