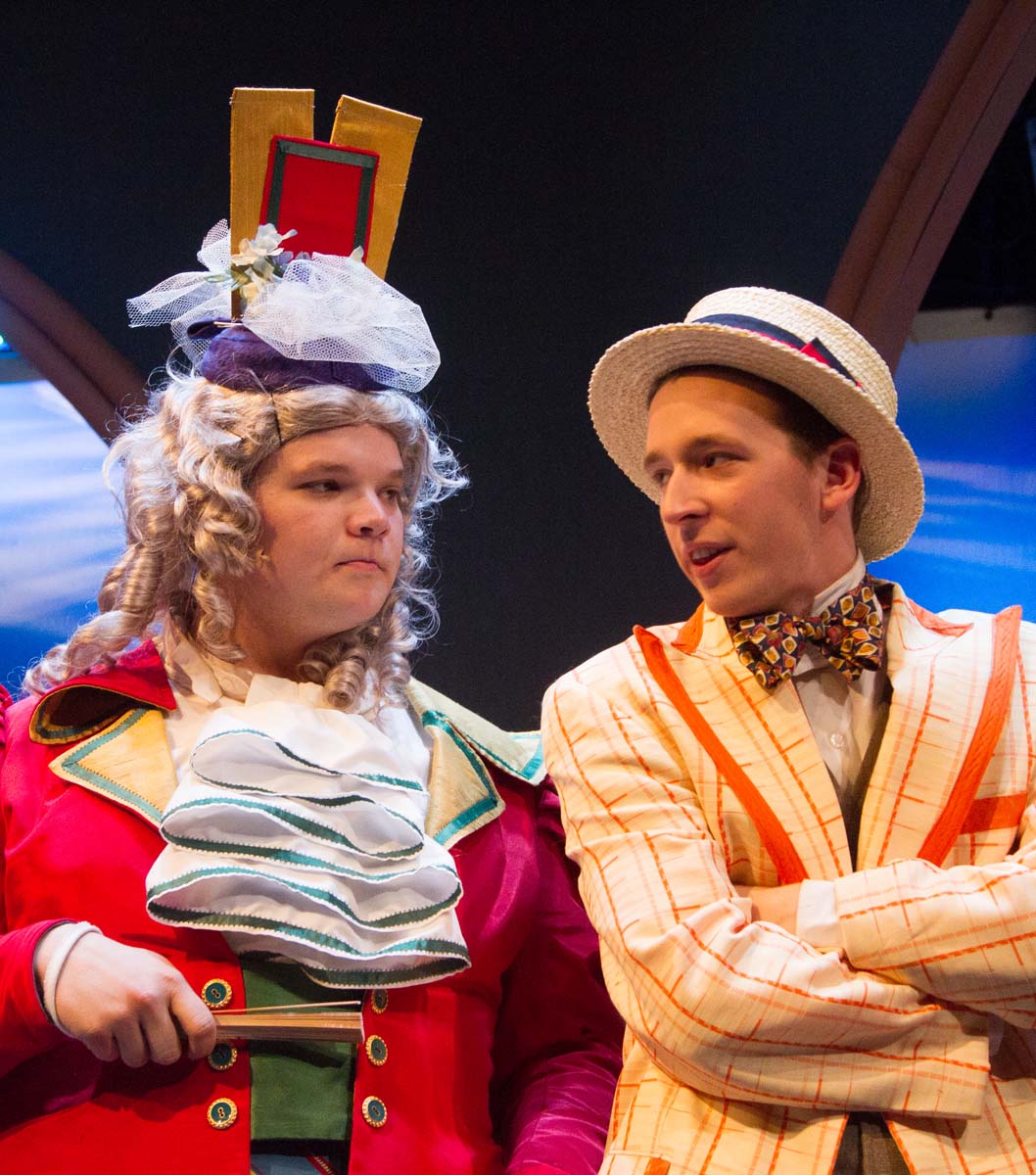 On Thursday, the theatre department opened the curtain for “Charley’s Aunt,” a comedy written by Brandon Thomas. The production runs through Saturday, Dec. 6.

Associate professor of theatre Britton Lynn is directing the play, which he said will leave audiences howling with laughter from beginning to end.

Set in 1915, the show is centered around two love-struck college students, Jack Chesney played by sophomore Patrick Jones and Charley Wykeham played by junior Thomas Williams. The men are both ready to propose to their girlfriends. However, rules stating that young men and women cannot meet without a chaperone present are preventing them from doing so.

To remedy the situation, Charley invites his aunt to lunch with the young men and their girlfriends. However, after preparing for lunch with the girls, Donna Lucia, played by senior Kristianna Lynxwiler, informs Charley that she will not be arriving for several more days.

Unwilling to change their plans, Jack and Charley force a friend to don a woman’s dress and play the part of Donna Lucia. Cases of mistaken identity ensue, and the plans become a comic debacle.

Lynn said he was drawn to the production due to its hilarious script.

“The theatre department was looking for a small-to-mid sized cast show for our December slot, and I had not directed the students in a comedy before,” Lynn said. “Once I got to looking around, this felt like a fun piece to work on. There are some fun wrinkles and plot twists.”

Freshman Sydney Mann, who plays the love interest Kitty Verdun, said she has had a blast preparing for the show.

“This show has been so much fun to work on,” Mann said. “It will keep you laughing from the moment the characters take the stage. I promise that it’s a must see.”

“It’s such a fun script,” Lynn said. “And, there’s only so much Netflix and Hulu you can take the week before finals.”

“It allows you to go beyond the norms of everyday people and create hilarious situations,” Aspey said. “There are few things funnier than a guy dressing up as an old lady to be someone’s aunt.”

Charley’s Aunt runs Dec. 5 and 6 at 7 p.m. in the Ulrey Performing Arts Center. Admission is $10 or free with a CAB pass.